Finish or not, Lewis just wants a victory

Over the last 16 months, Derrick Lewis has gone from being a somewhat anonymous member of the UFC heavyweight division to a surging contender and massive fan favorite thanks to a five-fight winning streak and the dry, off-kilter sense of humor he displays on social media.

A perfect example of what makes him a “must-follow” on Instagram came earlier this week when the Houston native arrived in Halifax, Nova Scotia, where he’s set to face Travis Browne in the main event of Sunday’s show the Scotiabank Centre.

Lewis captured the Hoth-like landscape of the Eastern Canadian harbor city through his hotel window, adding “Time to go back to bed” and the hashtags “#UFChalifax” and “#negative11” to the video. A day later, he added a photo of him outside in the snow with a description that is not fit to be reprinted here.

“This is the same type of weather we usually get in Houston,” Lewis said with a cackle on Wednesday morning. “I feel like I’m at home, really. I’m still wearing flip-flops and muscle shirts.”

The deep bass of his laugh filled the phone line for a moment before the 32-year-old shared his real feelings on the frigid temperatures of this weekend’s host city.

“Minus 11 degrees; I still haven’t thawed out yet.”
RELATED CONTENT: Free Fight - Lewis vs Gabriel Gonzaga | Browne breaks down the fight vs Lewis | Fighter bio

The winter storm that has blown into Halifax might be the only thing capable of cooling down “The Black Beast,” as Lewis enters his second straight headlining assignment tied with fellow rising star Francis Ngannou for the longest active winning streak in the division.

After closing out 2015 with a win at home against Viktor Pesta, his goal was to get through 2016 undefeated. Not only did Lewis accomplish that feat, but he cracked the Top 10 in the process thanks to wins over Damian Grabowski, Gabriel Gonzaga, Roy Nelson and Shamil Abdurakhimov.

While the victory over Nelson stands as the most significant name on Lewis’ resume to date, his win over Abdurakhimov 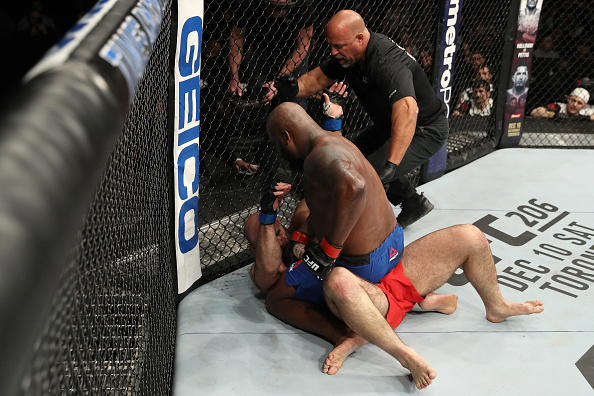 in Albany back in December is the performance that shows why so many observers are high on Lewis’ potential as a contender as he begins his 2017 fight campaign.

Taken down multiple times during the initial rounds, the heavy-handed knockout artist never panicked, constantly working his way back to his feet and looking for his opportunity. Advancing into the championship rounds for the first time in his career, the surprisingly agile big man reversed the momentum, forcing Abdurakhimov to the canvas and, from there, it was all over as a torrent of heavy blows forced the stoppage with less than 90 seconds remaining in the fourth round.

According to Lewis, that’s precisely how he told his coaches the fight was going to play out.

“It’s what I told my coaches – ‘Doesn’t matter how the first two rounds go; just know that by the third or fourth round, I will finish this fight,’” he explained. “I told them, ‘If I wind up getting on top of this guy for any reason, this fight is over.’ That’s what I told them.”

With a fifth straight victory and an undefeated year under his belt, the affable knockout artist set his sights on some of the more established names in the division, with Browne being at the top of his list.

Once pegged as a future title challenger – and potentially a champion – the 34-year-old Hawaiian has struggled to a 2-4 record over his last six fights, though each of those losses have come against former titleholders.

While many view “Hapa” as being in decline, Lewis isn’t one of them.

“I didn’t want to pick one of these fights because I thought it would be the easiest. Naw – I believe Travis is one of the toughest heavyweights in the division because of his length and his height and all of that and he moves pretty good. He doesn’t move like a heavyweight – he moves like a smaller guy – and he’s got a lot of weapons.

“I just wanted to test myself against him, get my stock up,” he added. “Every fight to me is more important than the last and I believe this one right here is the biggest one.”

Staring down the toughest test of his career, Lewis isn’t putting any added pressure on himself in terms of his performance Sunday night. 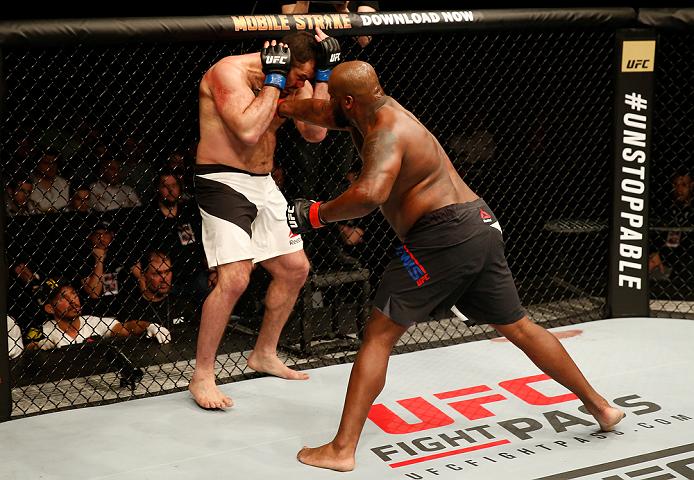 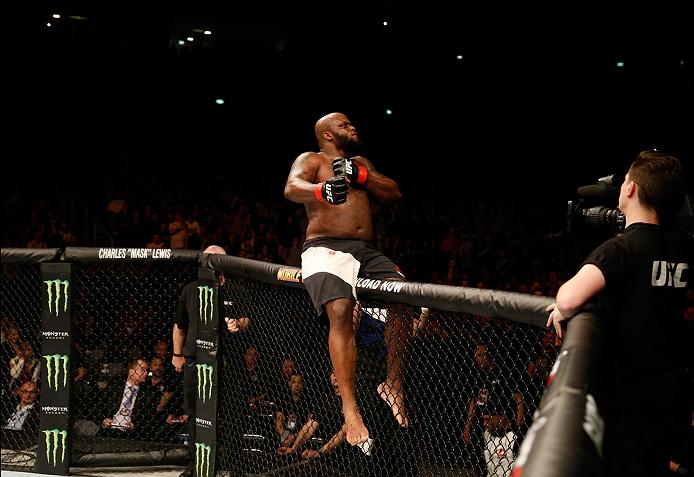 Heading into previous bouts, the man with 16 finishes in 17 career wins has been candid about wanting to put on a show for the fans and deliver the kind of vicious stoppages he’s become known for in the cage. While he’s done just that in all but one of his seven UFC victories to date, Lewis has often been critical of his efforts when prompted to discuss his performance on air after the decision is announced.

This time around, however, the ever-candid contender admits that all he cares about is getting his hand raised.

“I guess you can say no matter how the fight turns out – even if I look like crap the whole fight and I wind up getting a lucky punch or a lucky finish somewhere down the road – I believe I’ll be happy with anything; more than happy than I was with my last performance.

“It doesn’t matter – pretty, ugly or what – I’ll just be happy to get the victory.”