Since The Ultimate Fighter premiered in 2005, it has always brought ferocious new talents to the forefront of the UFC. But what about those contestants who were eliminated before even entering the house? In this three part story we take a look at three current UFC fighters who experienced just that. 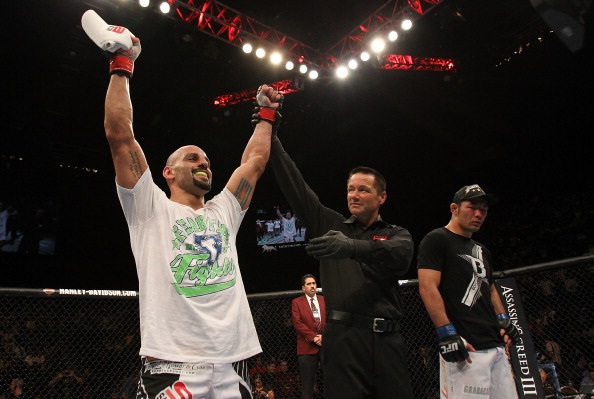 As we travel down the road that leads to UFC 165, Costa Philippou is riding a giant wave of momentum. He is the number 10 ranked middleweight fighter in the world of Mixed Martial Arts, he currently holds a five fight win streak in the UFC, and  on September 21st, he gets the opportunity to add another notch to his win column when he tests the skills of  Francis Carmont in front of a raucous Toronto crowd.  Things couldn’t be any better for the Cyprus born brawler, but like every fighter in the UFC, you have to fight with everything you got to smooth over previous bumps in the road.

Backtrack three years ago to the year 2010, and Philippou’s path to stardom was beginning to take shape. With only two years of experience in MMA, he was splitting his time between fighting and working as a personal trainer. He attended Ultimate Fighter tryouts and was chosen to be a contestant on The Ultimate Fighter: Team Liddell vs. Team Ortiz.  He had tried out the previous year but wasn’t eligible for that season’s battle of the heavyweights. He finally made it in for season 11 and was off to the races.
> Read Part I: James Krause,

“I was very excited,” recalled Philippou. “I thought that this was it. I thought I was going to make it and this was the only chance I was going to get. This was the first time I was ever in front of the cameras like that and meeting Chuck Liddell, Tito Ortiz, and Dana White was like wow. It was pretty exciting.”

Philippou would square off against contestant Joseph Henle on episode one in order to gain access into the Ultimate Fighter house, but it would prove to create a major bump on the path of the “Cyprus Slugger”.

“This wasn’t just another fight to me and it was a bit more stressful. Everyone on the show knew that this was their only chance to make it into the UFC and winning that fight meant everything to me. Unfortunately the fight didn’t go my way.”

Henle would submit Philippou to eliminate his chance to move on to the next round of the Ultimate Fighter.  The elimination would prove to be a hard cross to bear for Philippou as he shut everything down to contemplate what he would do next.

“I wasn’t going to quit, but the loss hit me hard. I basically stopped everything and didn’t go to the 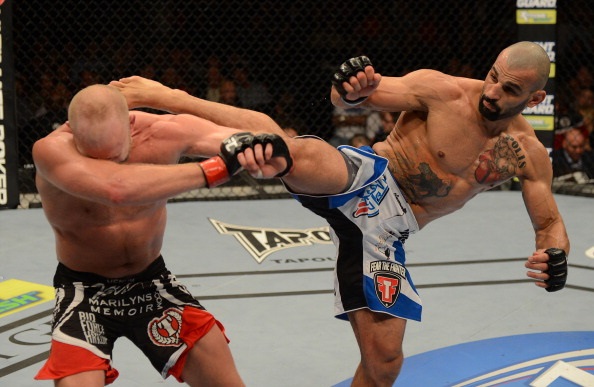 gym for like four or five weeks. I thought that the Ultimate Fighter was my only way into the UFC.  As fate would have it, the chance to be a member of the UFC roster came only a few days after Philippou picked himself up to get back into the gym, as the UFC offered him a fight in Newark, New Jersey against Nick Catone at UFC 128 with only five days notice

“It was a Sunday at noon, I was watching TV. The phone rang and I picked up and on the other line somebody asked me if I wanted to fight for the UFC on five days notice. I was like this has to be a joke and that someone was messing with me. They said somebody’s opponent pulled out and that they needed a fighter who was licensed in the state of NJ and they wanted to give me another shot.”

Philippou had done it. This was the second chance he needed to prove himself to the brass at UFC headquarters. He jumped at the opportunity and ended up fighting his opponent at catchweight at 195 lbs. Due to the short notice of the fight, Philippou was guaranteed another fight in the UFC even if he lost.  He dropped down to 195 from 215 in those five days and ended up putting on a stunning performance. He would lose the fight by decision but he used the experience and the opportunity to wow the fans.

He would avenge his loss by scoring two straight victories over Jorge Rivera and Jared Hamman, but his biggest test of redemption for his loss during the Ultimate Fighter would come during UFC on FX: Alves vs. Kampmann in Sydney, Australia. He would be standing across the octagon from fighter Court McGee, the winner of the Ultimate Fighter 11. Philippou would erase that elimination off his record by going the distance with McGee and winning the bout by decision. The moment that had given Philippou the most grief was now washed off of his Mixed Martial Arts career. 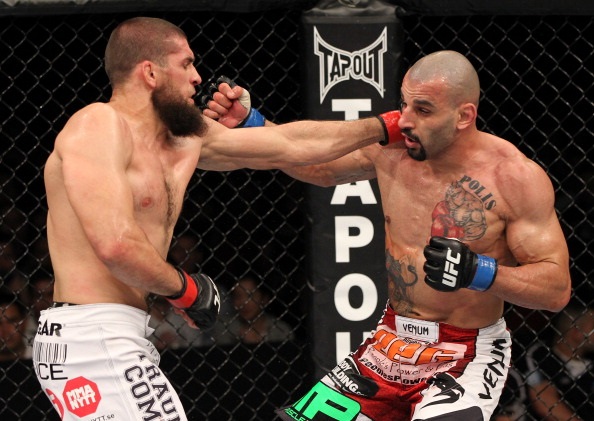 “That was absolutely one of the better experiences in my life explained Philippou. First, I got to fly all the way to Australia. Then it was a matchup between the guy who won the whole show and the guy who supposedly wasn’t good enough make it on the show. So at that point I was in shape and I had already fought a few times in the UFC and I was ready to go. I went in prepared and that night I showed I was able to fight.”

Philippou is now one of the UFC’s top middleweights and is looking to add more wins to his career. The stigma of that Ultimate Fighter elimination is now gone and he looks forward to watching the new season of the Ultimate Fighter unfolds. He reveals that he would want to be on Team Rousey if he were on the show today citing her style and ability to lock the armbar from any angle.  Philippou is in a great place currently and just loves competing in the UFC. Win, Lose, or Draw, the Cypress born star is someone to keep your eyes on.