Eddie Alvarez: The Wait is Over 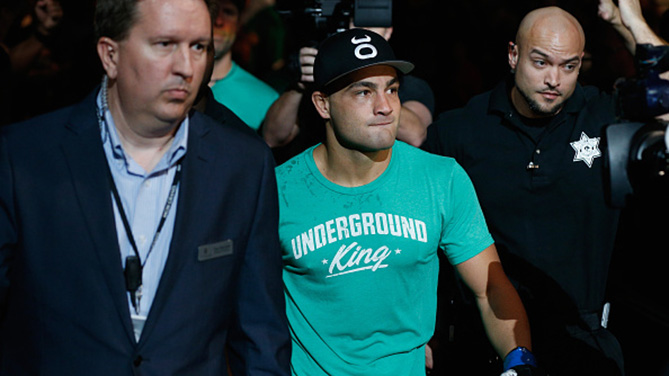 It’s a widely accepted theory in the mixed martial arts community that Eddie Alvarez and Gilbert Melendez have been circling one another for quite some time. For years “The Underground King” and the former long-reigning Strikeforce champion were regarded as two of the very best lightweight fighters competing outside of the UFC, and a matchup between the two seemed to be the best 155-pound fight that could be together outside of the Octagon.
Yet, despite fight fans clamoring to see the dream matchup come to fruition, and talk of the fight popping up in headlines across the MMA community in regular cycles, the scrap between Alvarez and “El Nino” just couldn’t be put together. Until now that is, and this Saturday night at UFC 188, the two hard-charging lightweight bangers will finally get the chance to settle their grudge once and for all in front of a sellout crowd in Mexico City.

And while the Philadelphian acknowledges the anticipation surrounding the upcoming tilt, it’s the finer details of the situation that carved out the chip on his shoulder regarding his bout with Melendez. He knows it’s a fight fans have wanted to see for years, but he’s miffed about the liberties the “Skrap Pack” leader has taken to push what he described as an unrealistic situation before both came to the UFC.

With both men fighting and championing different promotions before coming to compete inside the Octagon, the showdown between them simply wasn’t going to happen. Alvarez believes that Melendez knew this the entire time, yet continued to call him out in interviews in order to bolster attention and make headlines. He also feels the former two-time title challenger made a huge mistake in doing so, and plans to make Melendez regret ever thinking it was a good idea to step inside the Octagon with him.
“Melendez knew we were never going to fight each other back then. We were in different promotions and that co-promoting stuff never happens in this sport. He knew that and it was just beating a dead horse. Until you are in the same promotion and can make it happen there is really no point of talking about it and getting fans excited. I thought it was a whole lot of talk and nonsense for no reason.

“I try not to enter any fight with a bunch of expectations because fighting never goes exactly the way you want it to. On Saturday night I’ll be focused and ready. My intentions are to absolutely dominate Gilbert Melendez in a way that makes him absolutely rethink ever calling my name. That’s the sort of preparation I attacked this training camp with. I want to make him regret ever being curious about seeing how he would fare against me inside the cage. That’s the goal and that’s what I’m going to execute on Saturday.” 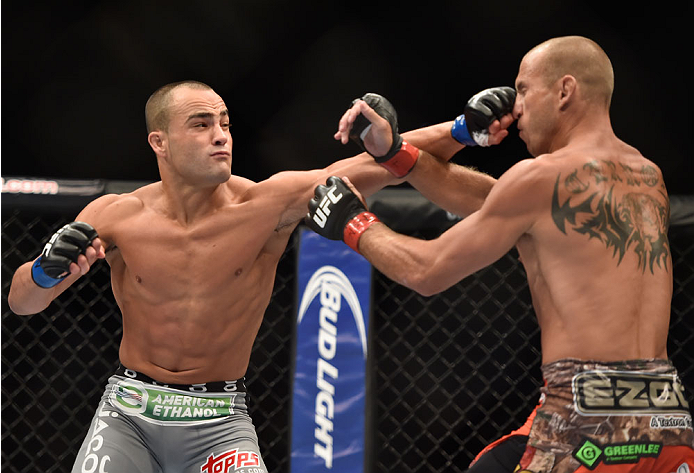 In addition to the heat that has built up between the two men in the co-main event at UFC 188, there are plenty of extra angles that carry importance where Alvarez is concerned. Although he fought valiantly in his official promotional debut at UFC 178 last September, the Blackzilians representative ultimately came out on the losing end of his bout with Donald Cerrone. Even though a setback against “Cowboy” wasn’t the way he envisioned the start of his UFC run, the three-round battle was gritty enough to mark his arrival to the premier stage in the sport in a positive way.

That said, the lightweight division is a heated collective where there is very little room for error. Alvarez came to the UFC with the intention of becoming the 155-pound champion and solidifying his place as the best lightweight fighter in the world. In order to keep that notion alive he’s going to have to defeat Melendez on Saturday, but the pressure surrounding the situation is something the South Florida transplant has embraced.

Rather than attempt to ignore or deflect the lingering circumstances that surround a fight, Alvarez faces up to them and forges that energy to work in his favor.

“My pressure is all dealt with before the night of the fight,” Alvarez said. “I don’t wait until the last minute to deal with that pressure. I don’t wait until the last week and then look around and see all the pressure around me. I deal with it every day in the gym and expend all my energy working out that pressure in my training. I don’t go to the fight questioning whether I could have done this or that. All of my fears and anxieties are dealt with before the fight so when I get there on fight night I’m totally focused and ready to go. 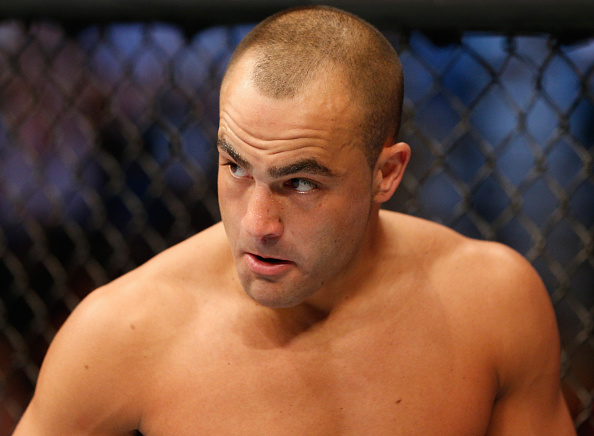 “I’ll hit the Octagon with a clear mind and clear path on what I want to do to Gilbert. All the work is done and now it’s time to go out there and execute. Fight night is time to put in the work.”

When Alvarez hits the Octagon in Mexico City on Saturday night, it will mark the first time over the past few years he’s notched multiple fights in a 12-month stretch. Where most fighters who are forced to sit on the sidelines do so because of injury, there were other forces at play that forced the heavy-handed lightweight to endure lengthy stints of inactivity.

Nevertheless, those issues were remedied when he signed with the UFC, as the biggest promotion in the sport has continuously kept a packed schedule that makes for ample opportunities for those fighters who prefer to stay in the fray as much as possible. Alvarez believes that scenario will allow him to bring his absolute best inside the Octagon, and he plans to put the benefits of his activity on display against Melendez at UFC 188.

“When I signed with the UFC that was one of the selling points,” Alvarez explained. “They have a ton of fights all year long and if you want to stay active you are going to have that option. There is no reason to be sitting out. If you want to fight, the fights are there. I’m excited about that. I’m excited about being able to stay active inside the cage because I’m at my best when I’m fighting on a regular basis. I couldn’t be more ready than I am right now and I’m excited to get in there.”
> Check out the UFC 188: Velasquez vs. Werdum fight card