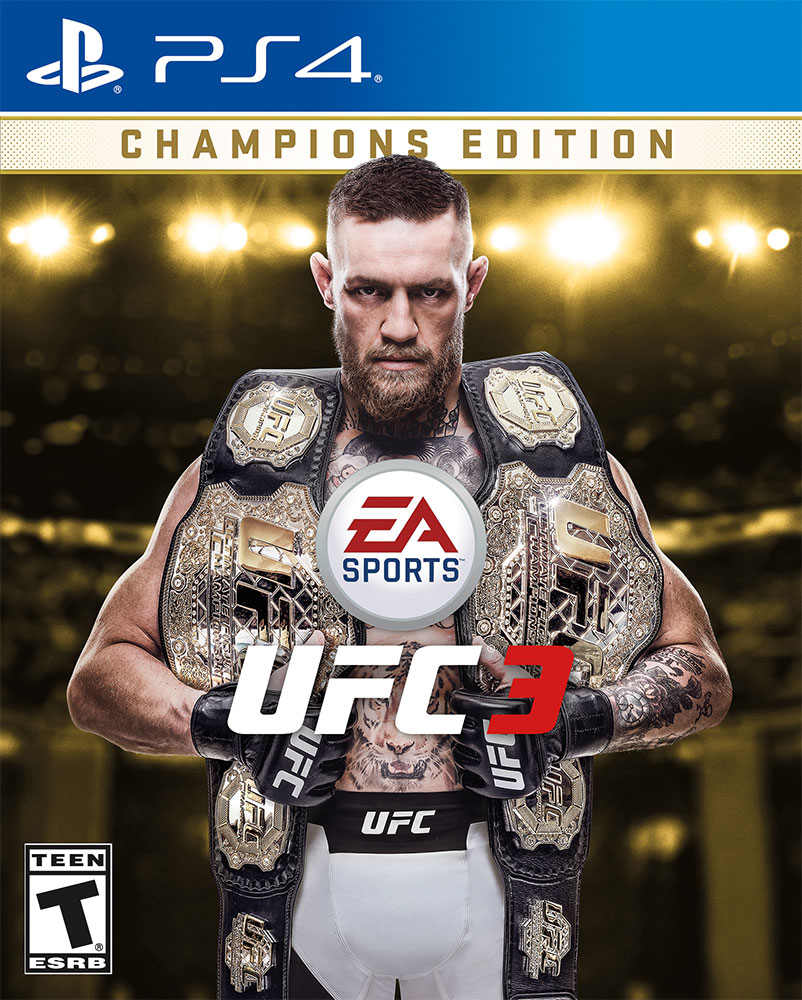 “Two belts, two covers – EA SPORTS got it right again,” UFC lightweight champion Conor McGregor said. “It’s an honor to be on the cover and I can’t wait to play the game.”

Real Player Motion (RPM) Tech is a revolutionary new EA SPORTS animation technology that sets a new bar for motion and responsiveness in the best-looking - and now the best-feeling – EA SPORTS UFC game ever. With over 5,000 new animations captured and rebuilt from the ground up, players can now move, strike, and create seamless combinations in-game with the world’s best mixed martial arts athletes. Every punch, kick, block, and counter has been recaptured and rebuilt on cutting-edge animation tech to look and feel life-like and responsive, delivering the most strategic, competitive fighting experience in franchise history.

“UFC 3 and RPM Tech mark a new generation of gameplay in EA SPORTS games,” said EA SPORTS UFC 3 Creative Director, Brian Hayes. “The new animation technology has allowed us to take a massive leap forward in motion and responsiveness. The result is a complete overhaul to gameplay where every move is more strategic and looks more authentic and beautiful.”

EA SPORTS UFC 3 also introduces the new G.O.A.T. Career Mode where – for the first time – the choices made throughout your career impact your path to greatness. Outside of fights, players will make promotional choices to build hype, gain fans, earn more cash through big contracts and capture the world's attention. A new in-game social media system allows players to create heated rivalries with other UFC athletes, providing the freedom to take on any type of persona, between cool-headed contender or infamous trash-talker.

Building on the fan-favorite Knockout Mode introduced in EA SPORTS UFC 2, EA SPORTS UFC 3 delivers a new suite of multiplayer modes designed for fast, fun fights that are perfect for letting fists fly when playing against friends. Those looking for a quick social experience can jump into Stand & Bang mode, Submission Showdown mode, or opt to customize their match with unlimited stamina or extra strike damage in Fight Now Custom. The all-new Tournament Mode offers ultimate bragging rights as players attempt to take on as many opponents as possible in bracket-style elimination rounds with continuous damage and fatigue.

EA Access members receive a 10 percent discount when they purchase a digital version of EA SPORTS UFC 3 on Xbox Live.