UFC Coach, Analyst and Former Fighter Din Thomas Is All-In On Good Cause
By Thomas Gerbasi, on Twitter @tgerbasi • Jan. 4, 2022

Between training fighters, his podcast, his gigs on Dana White: Lookin’ for a Fight and on UFC broadcasts as an expert analyst, Din Thomas isn’t someone with a lot of free time on his hands. But give the former lightweight contender an important cause, and he’s all-in.

A year ago, it was a bicycle ride across Florida to raise awareness for men’s mental health. On Saturday, January 8, Thomas and performance coach Julie McMahon are going even bigger with a ride across the Sunshine State that will take them a little over 200 miles from Titusville to St. Petersburg.

“That's if you take the highway, and we obviously can't take a highway,” said Thomas.

“It's a lot worse,” he laughs. “It's a little over 200 miles because we take the Florida coast to coast trails. It's a lot longer, but it's a lot safer, so that's the good part.”

Actually, the good part is that Thomas and McMahon, in support of Operation Safe Escape, are bringing awareness to an issue that is so rampant in today’s society that some have become immune to it.

“Obviously, it's a big thing and sometimes we sweep it under the rug or we get conditioned to it, and it's not even just for the physical aspect of abuse, because a lot of people feel like abuse is just when somebody's physically harmed, but there's also emotional abuse and verbal abuse, and that's also not cool, and I want to be able to shed a light on that,” said Thomas. “If you're in a relationship or a situation where you're being abused, that's not cool and, to me, that's an important thing and I think we all need to understand this. People need to feel safe, and they need to feel like they can get help. So we reached out to this organization, Operation Safe Escape, and they're about three things: Educate, Escape, and Empower. And I think that's important because people are in these situations and they feel like they can't escape them and they feel trapped. And they live their life through that and then it's a cycle, because they have kids and their kids end up in the cycle. So we have to be able to break the cycle, but in order to do that, we have to first acknowledge it.”

According to the Operation Safe Escape website, “Nearly 20 people per minute are physically abused by an intimate partner in the United States. During one year, this equates to more than 10 million women and men.”

Those are crazy numbers.

“It's crazy to think about that and to think about people having that type of fear,” Thomas said. “I feel for them and I'm hoping I can reach out to people and get some help for them. If you're in an abusive relationship, you need help.” 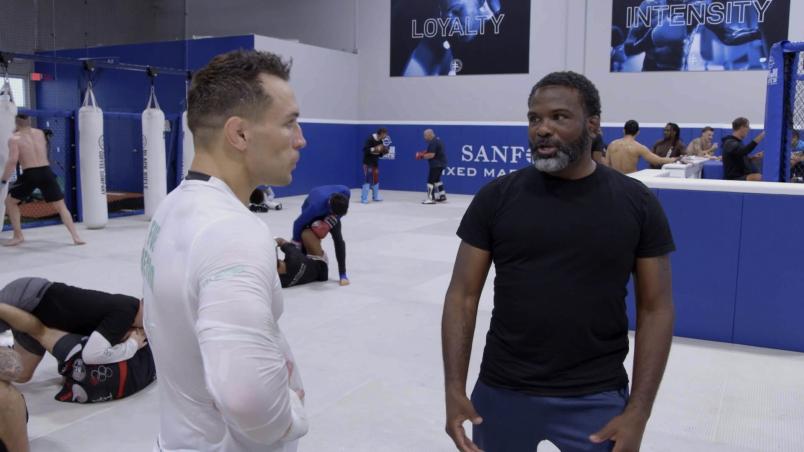 A lot of respect should be paid to Thomas and McMahon for this weekend’s ride, which he estimates should take two days, with a stop at night for sleep before getting back after it on Sunday morning. And if you’re around, Thomas wouldn’t mind seeing you.

“When we do our ride, I like to go live to keep tabs on where we're at,” he said. “And if I'm in your area, if you are somewhere in the middle of Florida and we're riding by, don't be afraid to come by and say hello. And bring me some water. Or give me a ride. Or tow me to the next stop. That's okay, too.”

Thomas laughs, and it makes me wonder, couldn’t he have just done a stand-up comedy show or auctioned off some old fight gear to raise money and save himself the wear and tear of a pretty strenuous bike ride?

“I could have,” the 45-year-old said. “But, at the end of the day, I want to get as many eyeballs on this subject as possible and I want to really make it memorable. Regardless, me going through a ride is still not as bad as what some people go through in their relationship and being abused. I really want to shed a light on that and bring that to the forefront. And being out there on the road, it motivates me. When I'm out there and thinking, 'What am I doing this for?' it motivates me to know why I'm doing it.”

It's a topic that either affects, has affected, or will affect, practically everyone, and if it does, it’s important to not just acknowledge it, but to act on it.

“The most important part is to be able to take action,” said Thomas. “Because when you think about it, people go, 'Oh yeah, that's a great cause,' but they might even actually be in the situation themselves or have witnessed it, and abuse is so normalized now that some people don't even recognize it. They just go, 'Oh, that's just the way they are,' or 'It's a one-time thing.' But the reality is, it's a very serious issue. And even in the MMA community, there are women in the MMA community that have been going through some things and we think that just because they train and they're fighters that they're safe from it, and we know that's not true when you look at some the women who've had situations with abuse with their significant other. And these women should not be vilified for that; they should be embraced and applauded for going out and seeking help. So hopefully this sheds a light on it and if you're not affected by it directly and you know someone who is affected by it directly, do something about it.” 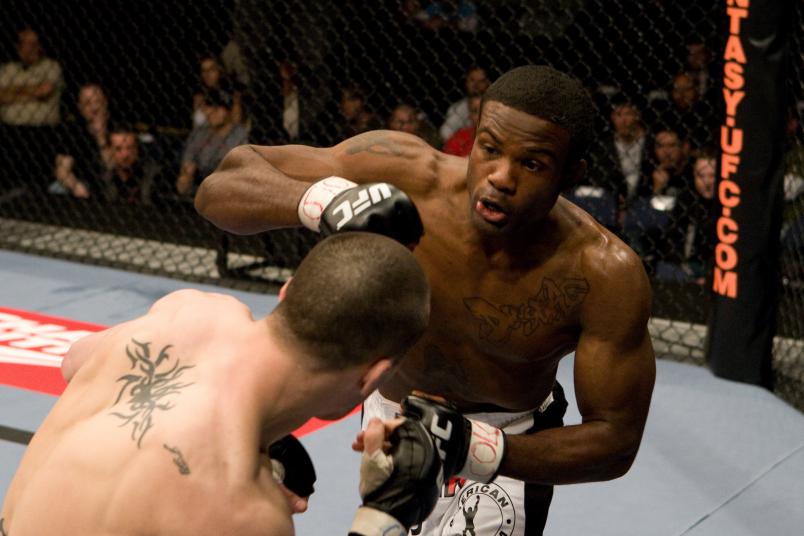 Din Thomas is doing something about it. And rain or shine, he’ll see you on the road this weekend.

“Just being educated and knowing what abuse is and knowing that if you're going through that, then you gotta escape,” he said. “And once you escape, that's not enough. You have to be empowered to know that you can make it on your own and you don't need to be treated this way.  I'm really looking forward to this ride. I'm just hoping that the weather cooperates. But I'm going rain or shine. It don't matter. We're gonna make this work.”