Cody Garbrandt and The Promise 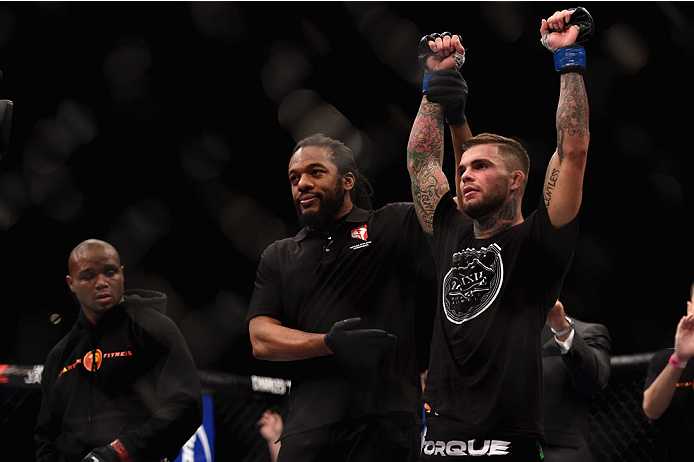 A promise is an interesting thing. When you make one, you mean it, but you have no idea if it will ever be realized. You hope and you trust and you pray, but all the hard work and desire in the world won’t help you if fate wants to have its way with you.

None of this mattered to Cody Garbrandt and Maddux Maple. One was an aspiring mixed martial artist with plenty of talent but a harrowing back-story and an uncertain future. The other was a five-year-old boy tasked with a burden no child should have to deal with in the form of leukemia.

The only thing they shared was a common hometown in Ohio and the fact that they were both fighters. So they made a promise. Garbrandt would make it to the UFC and Maddux would get healthy again. 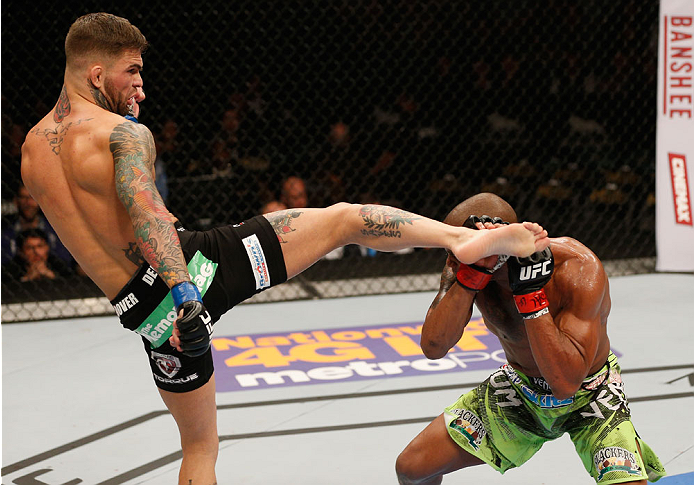 The two met by chance, Garbrandt hearing about Maddux’ fight against leukemia and reaching out to his family to meet the child.

“I have a sister the same age as Maddux,” Garbrandt recalled. “I called his father and wanted to meet Maddux. I was 18 years old, an amateur, I didn’t have any money; I just wanted to give a helping hand. When I met him, he didn’t say much, but he had a smile on his face. His dad said ‘he didn’t stop talking about you after he left,’ and I didn’t stop thinking about him. He put my life in perspective.”

It was a life likely heading down the wrong path. Garbrandt could fight; he had been doing it from the time he was a kid, in and out of the ring. At 15, he started to take it seriously, training with his uncle Robert while also wrestling in high school. The talent was evident, but even more so was the power he had.

“I fought since I was younger, and when I’d spar people everyone was like ‘man, you hit like a truck.’ My uncle always taught me how to fight like a professional, even as an amateur, and it’s genetics. He hits hard like that too, so I think the power transferred. My first boxing match I had, I knocked my opponent out in 52 seconds of the first round, and I’ve just always known that I’ve had that knockout power. I hit hard and I can see it when I hit people. I see it in their eyes.” 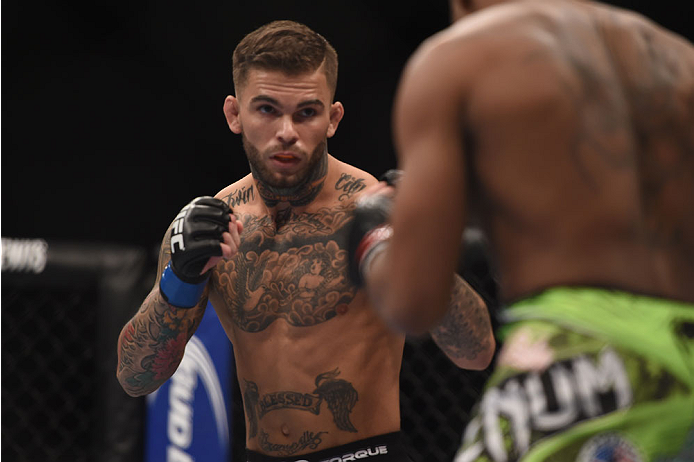 Fighting was potentially a way out of the rust belt, but it might have been a way into deeper trouble for the Uhrichsville native, who got kicked out of high school in his senior year for fighting and had precious few male role models to set him on the right track. So if he was going to succeed, he had to do it himself and look to those around him not as people to follow, but as cautionary tales.

“My father spent the majority of his life in prison and so did my uncle, and seeing that and how really short life is, it’s all about doing what you’re doing now. I’m glad that I saw the bigger picture at a younger age and had those examples in my life,” he said.

He also had Maddux Maple, and by the time Garbrandt turned 19, he had found his path. Two years later, in 2012, he turned pro, and he was on his way to keeping his end of the promise. In January, he succeeded, debuting in the UFC with a third-round TKO of Marcus Brimage. In the stands that night was Maddux, who had already done his part by dealing a knockout blow to leukemia.

“He’ll be a year in remission on August 25th,” Garbrandt said of his friend. “He’s in remission, he’s doing well and he’s healthy. He went out for baseball this year and I actually got to catch a game back in Ohio a few weeks ago, so he’s starting to do everything that a nine-year-old can do – playing with his friends, going swimming. He doesn’t have to take chemo every day, and there are no signs of it coming back. The kid’s so strong and so optimistic about life at that young of an age that it’s very motivating, and I’ve said it before, it puts life in perspective, so I’m very thankful for Maddux coming into my life. It might have been in unfortunate circumstances at the time, but we made the best out of it.”

The unbeaten Garbrandt, who just turned 24 on Tuesday, makes his second UFC appearance this Saturday against Henry Briones. Joining “No Love” in Las Vegas will be

Maddux, and the youngster won’t just watch his friend fight in the UFC again; he’ll walk with him into the Octagon. It’s been an emotional journey, one that causes the bantamweight prospect to pause.

“Look at us now, getting to walk to the cage in the UFC,” Garbrandt said. “He couldn’t even walk a year and a half ago. He’s so excited about the walk. We talk almost every day, and just being able to share that moment with him, it’s something that I’ll be forever grateful to the UFC for allowing this opportunity and letting this kid live out a dream. It says a lot about the organization as a whole.”

It says more about Garbrandt, whose selfless act of kindness years ago turned into something neither he or Maddux could have imagined. And while the focus is often on the impact Garbrandt had on Maddux’ life, the Ohio native says it goes way beyond that.

“He doesn’t know how much he changed my life and helped me out in my life,” he said. “We helped each other to get to where we’re at now. He’s in remission and I’m in the UFC and that’s something we made a promise to each other about. To be able to do that and stand by a promise is something I’m thankful for every day. We did this journey together.”