Clint Hester: A Tale of Patience and Timing

"I have established my spot, so now it’s really time to tell my story, and I feel like now I have a story that people can believe in." - Clint Hester 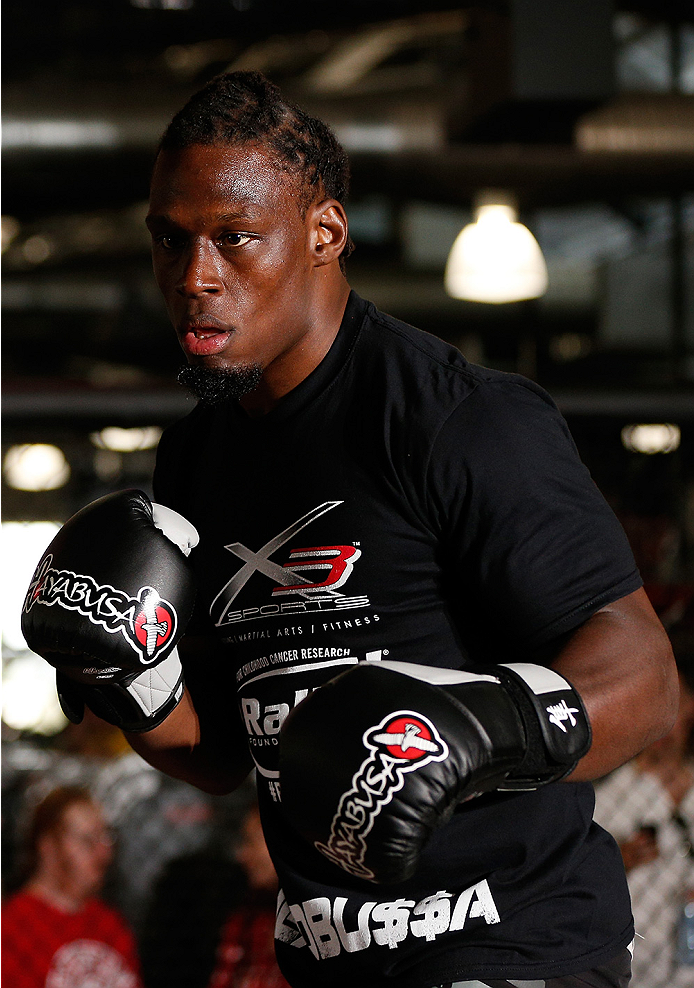 In one of the toughest divisions in the UFC, middleweight Clint Hester has the quietest win streak. Unbeaten in four Octagon outings, the 27-year-old from Atlanta has won seven straight overall, making him not just a fighter to watch, but a young man on the verge of big things if he happens to extend that winning streak to eight with a victory over Robert Whittaker this Friday night in Sydney.

But the “Headbussa” hasn’t traveled all the way to Australia just for a win. He admits that he’s reached the point where he needs to make some noise.

“I’m sure he (Whittaker) is confident in his game, but I have to go out there and make a statement,” Hester said. “I have to make an example out of him if I’m gonna get to where I want to be. I can’t go to a decision with him. It has to be an awesome performance and I have to show that he’s not on my level.”

Those are fightin’ words, but it’s not a personal thing with Whittaker, only a personal thing within Hester himself to start reaping the rewards of his hard work. In a lot of cases, fighters start demanding those sorts of things before they’ve even come close to earning them. Hester, on the other hand, has paid his dues, and now that he has, he feels that he’s ready for the next step.

“I wanted to make an impact in the UFC first, which after this fight I know I will have done, being 5-0 in the UFC,” he said. “The newcomers aren’t gonna come in and run over me. I have established my spot, so now it’s really time to tell my story, and I feel like now I have a story that people can believe in. I wasn’t as confident in the start-up. There was a lot of pressure and I was unsure of myself. But now, I know exactly where I belong, and I have everything around me to get to the title. So it’s time to start putting it all together, start getting that fan base, and really start making noise.”

Always someone with raw talent and fight-ending power – two attributes that can take you to a certain level in this sport almost by accident, but not any further – Hester lived a double combat sports life for a while, competing in MMA while also putting together a 3-3-1 pro boxing record. He had a long-term plan for both sports, yet each plan involved taking his time getting to the top.

“I just liked to stay busy,” he said, “and I decided that I’m going to get these (MMA) fights to get experience and not rush anything. I was taking that same approach with boxing. It was either going to be that the UFC popped up or I was going to end up fighting for a small boxing title. I was working my way up to both and letting whichever happened first happen first.”

After a rough start, a two-fight winning streak made it look like Hester would go in that direction, but after a shaky 1-3 run in MMA, Hester won three straight in 2011-12 and then got a spot on season 17 of The Ultimate Fighter. Off came the boxing gloves.

Hester went 1-1 on TUF, defeating Fraser Opie and losing to Jimmy Quinlan, but the six weeks in the house in Las Vegas did wonders for the Team Jones member’s fight game and confidence.

“Getting on the show was a very good thing for me because it gave me that much more experience and it just made me better,” he said. “It was perfect timing. I was four years into the sport and that is when stuff starts clicking and you start understanding. And once that happened, I was in the UFC.”

Octagon wins over Bristol Marunde, Dylan Andrews, Andy Enz, and Antonio Braga Neto padded his wallet and made him a top prospect among the hardcore fans. Most telling was the Neto fight, as he was able to stifle the high-level Jiu-Jitsu black belt’s ground game and emerge victorious via decision.

“It was definitely a confidence booster,” Hester said. “He’s one of the best jiu-jitsu guys out there, but jiu-jitsu is jiu-jitsu and MMA’s MMA. I know I needed to take that fight to build confidence, and I was confident that he wasn’t going to be able to submit me. But it also showed a lot of holes in my game and showed what I needed to work on, so it was definitely a needed fight and I was able to pull through and get the win.”

At this level, every win won’t be spectacular, but every time you get your hand raised, it’s a step in the right direction. Hester knows it, and he’s also aware that because everyone can fight in the UFC, it’s often the fighter with the best mental game that leaves with the victory.

“It’s all a mental thing, and that’s what I’m figuring out,” he said. “There are physical things that go into it, but if you think you’re ready mentally, you’re going to perform. If you don’t think you’re ready mentally, you’re not gonna go out there and perform. You’re gonna be beat before you even get out there. And I’m definitely ready to be up there.”

Whittaker, a TUF Smashes winner moving up from welterweight to middleweight, is in Hester’s way, and while the Mississippi native isn’t complaining about the matchup, he is surprised that the New Zealand-born Aussie would make that move 15 pounds north.

“Middleweights are the guys that can move like welterweights but hit like light heavyweights and heavyweights,” Hester said. “He (Whittaker) has been rocked in every fight he’s been in at welterweight, and he’s coming in to face me, a big middleweight and a heavy-hitting middleweight, so it’s really going to be a test for him.”

Hester pauses before continuing with what is literally the punch line…

“But I’m excited to welcome him to the middleweight division.”