Catone Out of Newark Bout, Retires from MMA 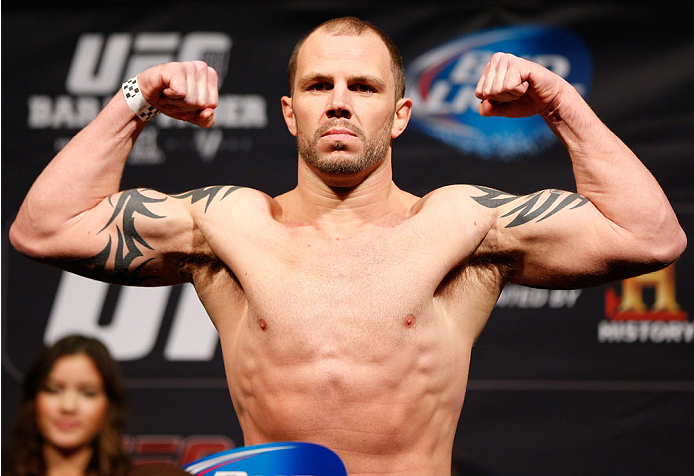 After withdrawing from his UFC on FOX bout on April 18 due to injury, UFC middleweight veteran Nick Catone has decided to retire from the sport due to lingering back issues.

Catone was expected to compete against Vitor Miranda at the Prudential Center in Newark. Miranda was also injured and withdrew from the bout, with a replacement fight expected to be announced shortly.

“In the last couple years I’ve had a lot of injuries,” Catone said, and he’s not exaggerating, with his back issues compounded by a laundry list of ailments that have included Achilles, ACL, and tendon injuries. “My back has probably been the biggest thing slowing me down. I’m not able to train like I used to. I train for a couple days, then I’m hurting for a couple days. I still fought because I enjoy it, but when I’m waking up in pain every day, I’m just not enjoying it anymore.”

A lifelong resident of New Jersey who currently makes his home in Brick Township with his wife and daughter, the 32-year-old Catone retires with a 10-4 record that includes a 4-4 UFC slate.

“I’ve got the little one at home, I have another one on the way, and I want to be able to have a life down the road and not be all banged up because I stayed in a little too long,” he said. “I think my body’s trying to tell me something, but it’s a hard decision – I’ve been competing since I’m seven years old and I’m having a tough time with it.”

A hard-nosed wrestler who moved to MMA after competing at the Division I level for Rider University, Catone raced out to a 6-0 pro record before getting the call to the UFC in 2009.

Debuting in the Octagon with a submission win over Derek Downey, the Brazilian Jiu-Jitsu black belt would lose two competitive bouts to Tim Credeur and Mark Munoz before winning three of his next five UFC matches, decisioning Jesse Forbes and Costas Philippou, before bowing out on top with a split decision victory over Tom Watson at UFC 169 in February of 2014.

Yet even though injuries plagued Catone throughout his career, he always showed up to fight, a legacy he can be proud of as he teaches the students at his Nick Catone MMA academy in Bricktown.

“The gym and the family are my main focus now,” he said. “I have a lot of great people around the gym. I’ve got Corey Anderson and Frankie Perez helping teach at the gym now, and I’ve got a lot of tough fighters - pro and amateur - so I’ll have to fill my void through those guys and being around them. Plus, (Frankie) Edgar and (Edson) Barboza and all the guys are always coming in once or twice a week to train, so it’s something that’s part of my life.”

And always will be.

“Being in the UFC has changed my life,” Catone said. “Being in the best organization, fighting the best guys in the world, nobody can ever take that away. It was something I dreamed of making it to, I made it there, and unfortunately, I was dreading that this day would have to come, and it came a little sooner than I thought it would. I was hoping to get a couple more in, but it didn’t play out that way.”