Humberto Bandenay sure knows how to make an entrance…and an exit.

Coming in on short notice to face TUF Latin America 3 winner Martin Bravo last August, the Peruvian featherweight entered the Octagon as an unknown and he left it 26 seconds later with a knockout win, a Performance of the Night bonus, and a new status as a fighter to watch.

Oh, there were proposed fights with Alexander Volkanovski and Steven Peterson, but both fell through, halting the momentum just as fast as he built it up.

“It can admittedly be frustrating, but these are things that made me stronger as a fighter, and continue to push me to improve,” Bandenay said of his nine-month layoff. “Everything in life happens for a reason, so now I’m ready for a comeback. I'm ready to put this in the past and move forward.” 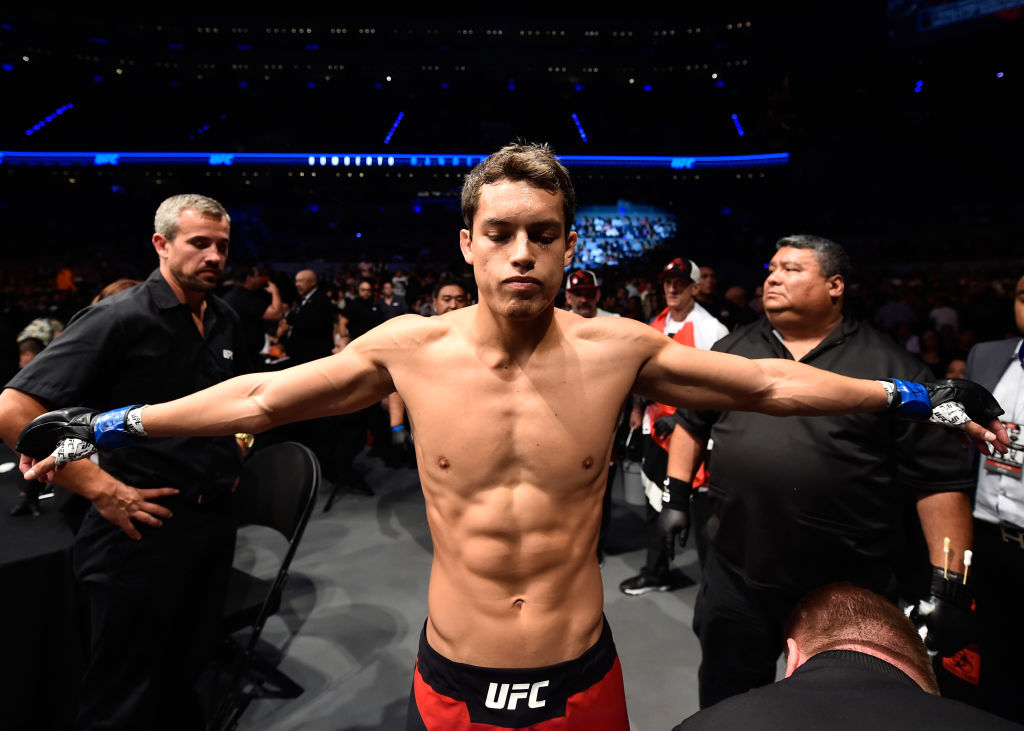 On Saturday, he starts again, facing Gabriel Benitez in a UFC Fight Night bout in Chile. It’s a big fight, considering that Benitez is coming off an upset win over Jason Knight, but at this point, every fight is a big one for the 23-year-old, who has opted to train at home in Lima for this one after spending time with the Team Oyama squad in California in the lead-up to his Octagon debut.

“I'm in my home country training with Pro Fighting Peru, who I’ve trained with all my life,” he said. “I won't rule out any possibility (of training in California) later, but what is certain is that today I am in Peru now, and I'm enjoying it very much, and I'm excited to showcase what I've been working on.”

Bandenay is one of the more intriguing prospects at 145 pounds, because after a spotty 8-4, 1 NC start to his career, he’s won six in a row, winning each of those bouts by knockout or submission.

“The difference is in the training,” he said. “I now take the sport more seriously, using my desire to strengthen all areas equally, and to become the best fighter possible.”

It doesn’t hurt that in Peru, the sport is growing by leaps and bounds, with Bandenay joined by countrymen Enrique Barzola and Claudio Puelles on this Saturday’s card, which is the first UFC event to be held in Chile. Is Peru next?

“Peru has grown a lot in MMA recently and that is due to the push of the fighters to do great things and the brands that are trusting in us,” Bandenay said. “The sport is growing really quickly in Peru, and I expect it to continue growing in the years to come. You will see several more Peruvians in the UFC soon.”

Bandenay is happy to lead the way, but whatever happens in the future, it will be hard to repeat that night in Mexico City.

“That night was amazing,” he said. “It was perfect. Overall, things are going the best way possible and that is due to my training and my desire to be the best. All things considered, I feel that it could not be better that day. I wouldn't trade it for anything.”

And despite taking the fight shortly after his father passed away from cancer, Bandenay takes solace knowing that his dad would have loved his performance that night.

“It was something that was very difficult for me at the time, but at the same time I knew that he was there with me in the Octagon, as always, and I know for a fact it would have been great for him. He was looking down on me, and he was very happy.”