Antonio Carlos Junior is Ready for 185 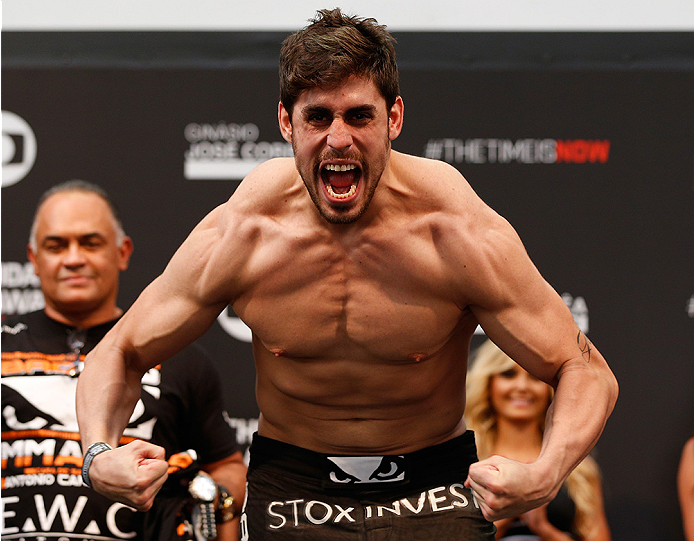 If it appears that Antonio Carlos Junior is in a perpetually good mood, it’s not a mirage. But to the native of João Pessoa, Paraíba, Brazil, it shouldn’t be a surprise.

“I put in my mind what I wanted to be,” he explains. “I want to be a fighter. So I love what I do and I’m having fun with this. It’s not because I need it; it’s because I want to do this.”

It’s the complete opposite of the fight game anecdote that says those who need to fight to put food on the table are the hungriest and most dangerous. Carlos doesn’t walk around with a scowl, and whatever he chose to do with his life, you get the impression that he would excel at it. Yet he’s still successful, and as a raw talent still evolving in mixed martial arts, he’s not done doing big things yet.

Of course, all this comes on the heels of his first pro loss to Patrick Cummins last December, but the now 5-1 fighter isn’t about to let one setback deter him from his path, and despite heading into the bout a little banged up, he doesn’t use those injuries as an excuse for the decision defeat.

“I had a lot of problems in that fight,” Carlos admits. “I hurt my shoulder, I hurt my hips, but that’s not why I lost. He (Cummins) is a very good fighter and he’s a wrestler, and I never fought against a wrestler before. But we always learn a lot from a loss. I saw my mistakes and I won’t make them again. I don’t want to feel that again.” 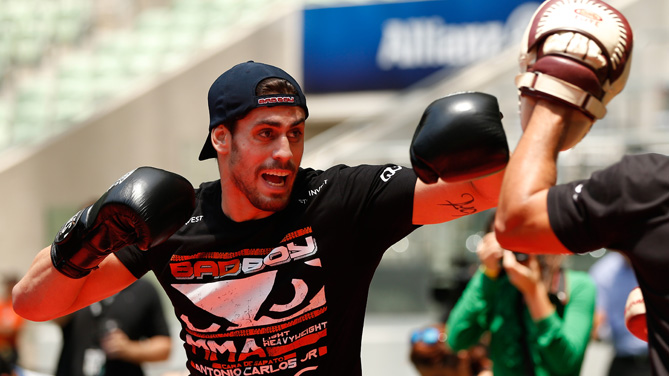 In response, the changes Carlos made were wholesale in nature, as he didn’t just change teams and move to Florida to work with American Top Team, but also switched divisions to middleweight. It’s the third weight class he’s competed in as a UFC fighter, as he won The Ultimate Fighter Brazil 3 at heavyweight, fought Cummins at 205 pounds, and will now meet Eddie Gordon on Saturday at 185 pounds.

“My body’s good, my weight is good, and I feel great,” Carlos said. “Now I think I’m at the right weight.”

It’s a move the six-foot-one Carlos has been advised to make for a while, but when you’re winning, it’s hard to change direction, and as he pointed out, on the local scene in Brazil, it was a lot easier to win against bigger opponents. In the UFC, everything gets amped up, especially the level of competition, and considering that he only cut three kilos (approximately seven pounds) to make 205, this was the right decision.

“It’s not been too hard, but not too easy either,” Carlos laughs. “I didn’t lose my power or my strength. I just lost some fat. And I like to eat. But this is what I want. I want to win and it’s a big difference. Light heavyweight I lost just three kilos. Now I’m like everyone.” 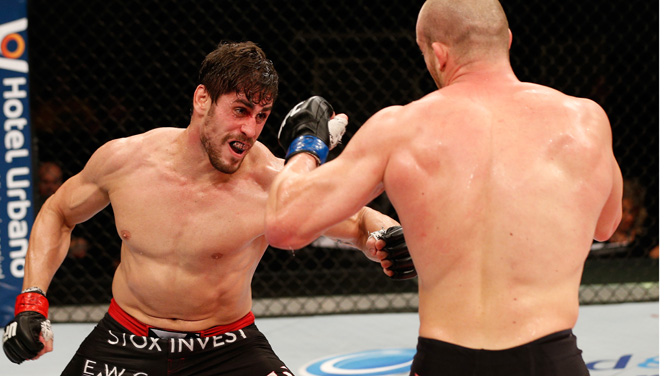 He’s also picked up some more wrestling to go with his black belt level Jiu-Jitsu game, and the 25-year-old is ready for a scrap with fellow TUF winner Gordon.

“He’s a very good fighter,” Carlos said of his opponent. “I know how hard it is to win The Ultimate Fighter because the pressure in the house is really huge. There are a lot of fights in a short time. In a month and a half we did three fights, so it’s a lot, and you don’t know who you’re going to fight. So he’s very strong physically, and I think mentally as well, because on The Ultimate Fighter you have to be strong mentally. He boxes very well, and he’s a tough guy, but I’m training a lot and I’m doing everything right to win this fight. He’s tough, but I’m tough too, so it will be a good fight.”

And one in which he will likely be the crowd favorite, not just because of family and friends coming to the event, but because he’s a new member of the ATT and Florida communities.

“I made some good friends here, and I have friends and family coming to see my fight, so I’m really happy to be fighting here,” he said. As for the move from Brazil to the United States, it can be rough, but it’s the price to be paid for chasing a dream.

“Sometimes it’s hard to be far from your family and your friends, but this is what I want to do,” he said. “I’m trying to reach my dreams, so sometimes you have to do it. But I’ll always be around. After fights I’ll go to Brazil to visit my family and friends, and my girlfriend is from Brazil as well, so I’ll always be there.”

The plane ride from Florida to Brazil isn’t too bad either.