The last time you may have seen Jaime Alvarez was when he was jumping on the Octagon fence to celebrate with his American Top Team squadmates after a victory on The Ultimate Fighter 21. These days, he’s part of the cast.

But when the curtain rises on season 24 of the hit reality series on August 31, it will be a polar opposite from what his teammates experienced, and not just because Alvarez is a competitor now and not a spectator.

“I watched the (TUF 21) process very closely, but that season was very different than what I was walking into,” he said. “I got to prepare myself the best I could by talking to my teammates and getting a feel for kind of what it was like, but that season was a completely different monster than what I was about to go into. I was about to go into total seclusion, no contact with the outside world.”

Not only that, but on TUF 24, Alvarez will be in a tournament with 15 of the top flyweights not in the UFC, with the end goal not a contract with the promotion, but a shot at the 125-pound champion, Demetrious Johnson.

“I knew this season would be much different than any other season just for that reason,” the 28-year-old said. “They were going to bring in the best flyweights in the world. It’s very hard to describe, and some people don’t realize, but most of us are better than guys in the UFC. Most of us could already be top ten UFC fighters. It’s a young division and the best guys aren’t in the UFC right now, so I knew going into it that I was going to see some of the best talent that there’s ever been, inside or outside of the UFC. But I knew that with my team behind me and all the training that I had to do, I knew I would come prepared for this.” 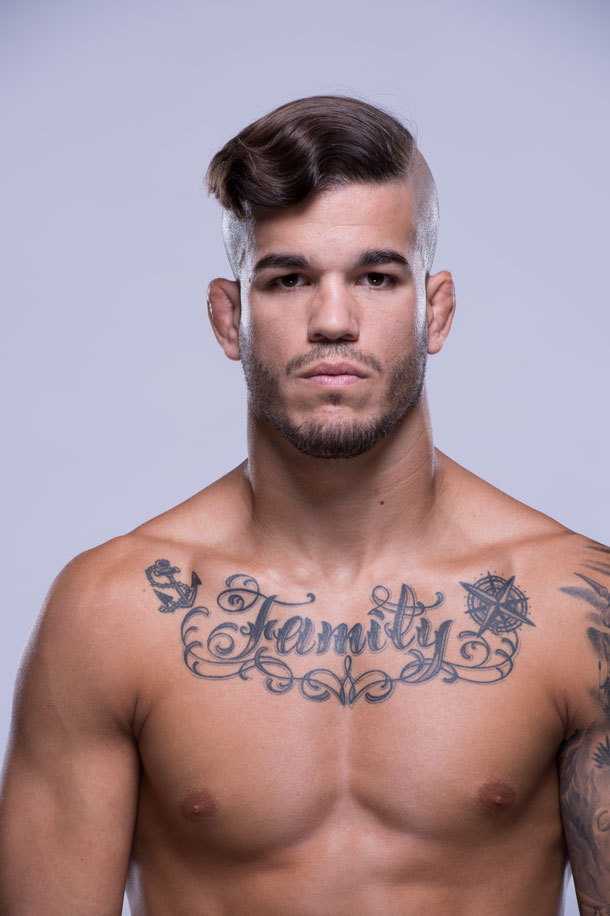 That tone of confidence is a recurring one among Alvarez’ peers on the show. They’ve watched as Johnson nearly cleaned out the flyweight division, making it look easy at times. Subsequently, when a fighter is that dominant, his competition gets criticized. And that trickles down to fighters like Alvarez, and he takes it personally, especially since his 6-1 pro record includes five finishes.

“Going into the house, we all knew that this competition wasn’t only for ourselves to win,” he admits. “We all had to take a lot of risks in this tournament. I needed to be exciting. Not only for myself, but to get that stigma out of people’s minds that flyweights are boring. People say, ‘It’s all decisions, you can’t finish, you guys have no knockout power.’ We needed to reintroduce the flyweights to the world as the most exciting division in the UFC.”

Florida’s Alvarez is up to that task, and with TUF 24, the opportunity is in front of him to get a world title opportunity, get into the UFC, and never worry about getting fights again. That last part has been an issue on his way up the ladder.

But at least he gets good training with ATT.

“I’ve been blessed to be in the right place at the right time,” he said. “I grew up down here in Fort Lauderdale and one of the best gyms in the world in MMA is right near my house. So when I wanted to get into MMA, I walked right into American Top Team and I didn’t even know what American Top Team was at the time, but then you slowly realize that we have guys from all over the world that train with us. From Europe to Asia to Australia – every corner of the Earth, people are coming to American Top Team to get better. So I’ve been blessed to be able to work with top level flyweights and bantamweights and some of the best females in the world to get my game better. So I was at the right place at the right time, and that’s why I owe my whole career to my team.”

Beginning Wednesday night, he gets to show off the lessons he’s learned. As Bruce Buffer would say, “It’s time.”

“I felt like I’ve been ready,” Alvarez said. “So when I got the call, I was like, ‘It’s about damn time.’ I knew I’ve been ready for this, I’ve been training with some of the best guys in the world and I compete with them on a daily basis, so now’s my time to prove what I can do.”