"It might sound crazy to some people, but I’m looking forward to the fight
itself, the attention, the knockout that I’m gonna make, and it’s gonna
be great." - Alistair Overeem 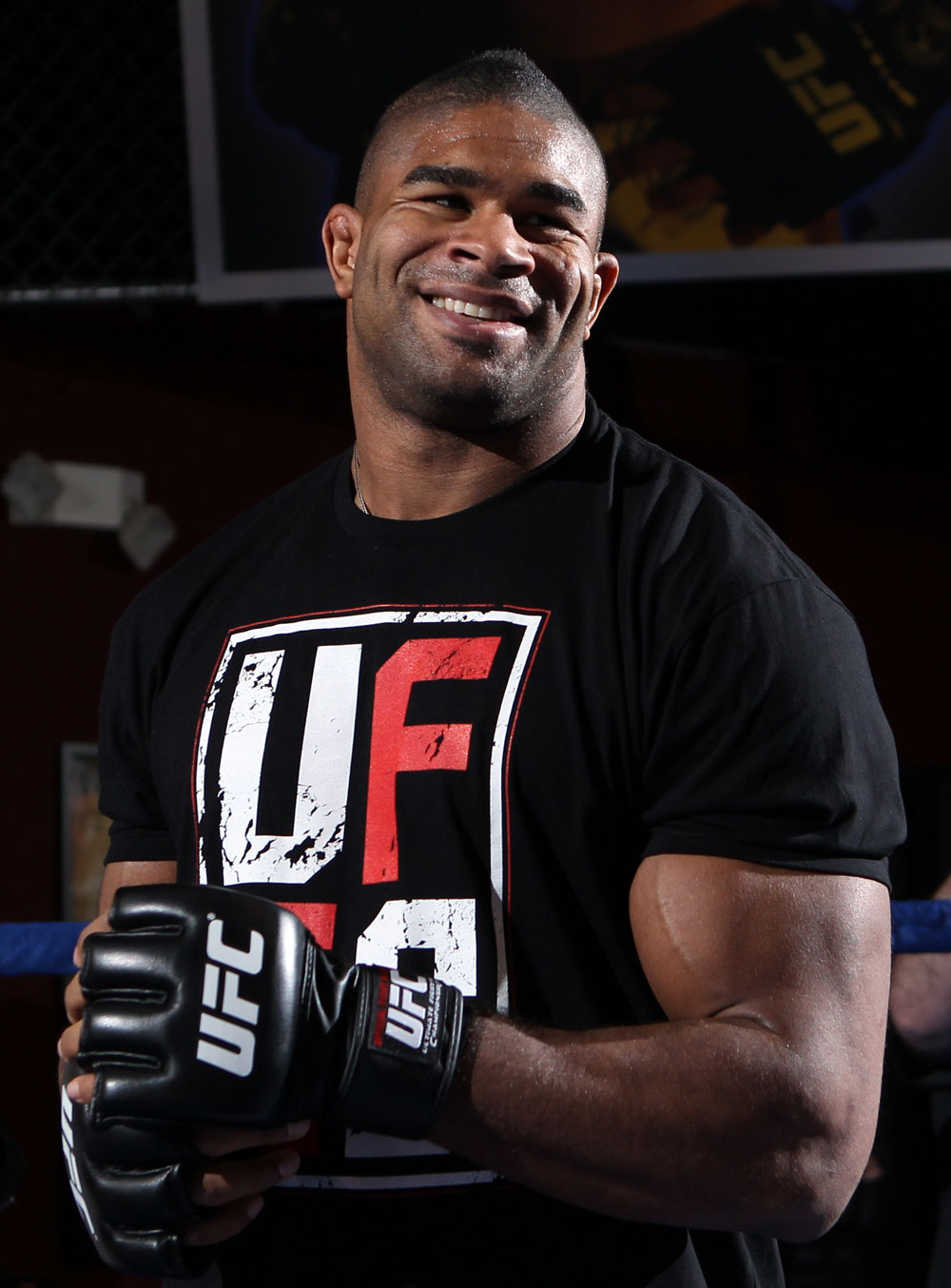 In December of 2010, Alistair Overeem fought four times. A year later, he will slack off (note sarcasm) and fight just once. So when he had to break his training camp in the Netherlands earlier this month to travel to London for a mandated pre-fight drug test as a condition of his licensure by the Nevada State Athletic Commission, it was a mere hiccup in the life of “The Reem.”

“Last year I had four fights in one month – the K-1 tournament and the Dream title fight – and a lot of media stuff in between and a lot of distractions,” he said. “Compared to December of 2010, this is a walk in the park.”

It’s not the usual reaction you would expect, but after 47 pro MMA fights and over a dozen more in kickboxing, you get used to adapting on the fly. Overeem had to do it when he was released from Strikeforce, where he was heavyweight champion, only to be signed up shortly thereafter by the UFC. Then it was a change in gym and management teams. And then came the illness of his mother, which prompted him to leave his new camp in Las Vegas to go back home to the Netherlands, leading to the miscommunication that forced him to have to go through the stringent process of getting licensed to fight this Friday night in the UFC 141 main event against Brock Lesnar. That’s some 2011.

“It’s been a little bit hectic, but the good thing about the whole preparation is that I started on time, I put the work in, my conditioning is there, technique wise I’m there and I’m in great shape,” he said. “I believe as a champion you have to be able to deal with setbacks, and that’s exactly how I see it. It’s a setback, and nothing more than that, and this is my job. You have to get a license, and if there are some conditions to that license, you fulfill them because it’s your job. So I see it as part of what I do, and if you gotta do it, you gotta do it. If it meant that I had to go to the North Pole and back to do my job, it’s what I do. I can also add that I like my job and I’m one of the fortunate people that have been able to make my sport, which is my passion, my job, and sometimes you have these setbacks, but you adapt. That’s what it’s all about. You adapt to setbacks. I’ve had a lot of setbacks in my life and my career, and I’ve always adapted, and compared to some other setbacks that I’ve had in my life, this is just a small detail thing. I’m not even worried about it.”

And luckily, at the end of this rocky road, there’s a fight, one Overeem has been waiting for with baited breath, but one that is also a day away.

“This is the biggest fight ever and I can only be excited,” he said. “Brock is a dream match, I think the fans will agree on that, and I never thought the fight would be possible because I was outside of the UFC, and now that I’m in the UFC, I’m just so excited.”

That’s not surprising, considering that a win over the former UFC heavyweight champion puts Overeem in a 2012 title fight against current champ Junior dos Santos, and also that he apparently does his best work in the last month of the year, going a combined 10-1 (5-0 in MMA) in December bouts over the years. So when you’re talking about what to give the 31-year old for Christmas, getting him a fight usually does the trick.

When it comes to confidence, Overeem has been glowing with it ever since the Lesnar bout was announced. Maybe it’s the fact that the big man from Minnesota has been out for over a year due to his surgery for diverticulitis, or that in his last bout against Cain Velasquez, he was stopped in the first round, showing plenty of holes in his standup game. Whatever it is, the former K-1 World Grand Prix champion makes no bones about it – if Lesnar hasn’t sewn up those standup holes, it may be a quick night.

“I’m sure he’s gonna work on that because he had a lot of criticism about it, and I’m sure we’re going to see a Brock better equipped to deal with that situation,” said Overeem of Lesnar’s striking. “Then again, there’s a difference, because if you think Cain hits hard, wait until you see me hit him.”

On the flip side, many expect the outcome of the fight to be determined by where it takes place. On the feet – Overeem. On the mat – Lesnar. What many forget though is that Overeem has more submission wins than knockouts (19 to 14) in MMA, making him dangerous on the mat as well, even if he doesn’t care to go there.

“I am more of a striker these days,” he said. “I prefer striking over submissions and I prefer knockouts over a tap. I don’t know if people underestimate my submission game. If they do, it’s only to my advantage. If they don’t, they should take it into account.”

And to be clear, he hasn’t neglected the ground game in training for this bout.

But is he getting the same level of training he got in his years as a member of the Golden Glory team. Overeem split with the group, which also handled his management, earlier this year, and when he left Xtreme Couture in Las Vegas to tend to his ailing mother, you had to wonder whether he was able to build a team in time. He says it was not an issue.

Aiding in the transition is also the fact that in the UFC, his immediate future is already set should he beat Lesnar. It may seem like a little thing to those on the outside, but knowing what’s next should he win has taken the guesswork out of the equation for Overeem, and that’s a good thing coming from a situation in Strikeforce where he didn’t know what the future held.

“Of course it works to my advantage,” he said. “I like certainty, and I think everybody likes certainty because that gives you the ability to plan stuff, and also for your family and relationships, it’s better to plan things ahead of time and it lets you get prepared.”

Being in the biggest organization in the sport is pretty cool too.

“People worldwide know UFC; they don’t even know mixed martial arts, but they know UFC,” he said. “So in that sense, it’s definitely bigger, there’s a lot more media attention and hey, I’m not complaining because this is part of the game, and I’m glad I’m in this position because I worked very hard to get here.”

Now it’s time for that work to pay off, but in keeping with his personality, he’s keeping emotions out of his day job.

“I don’t really have any emotions when I see him,” said Overeem of Lesnar. “I saw him before the Cain vs. dos Santos fight for the first time, and he seems like an okay guy. I do watch his fights and I think his fights are entertaining. He’s a strong, big guy, a tremendous athlete with excellent wrestling, but there’s no emotional thing there when I look at him.”