Akira Corassani: On to the Next Chapter 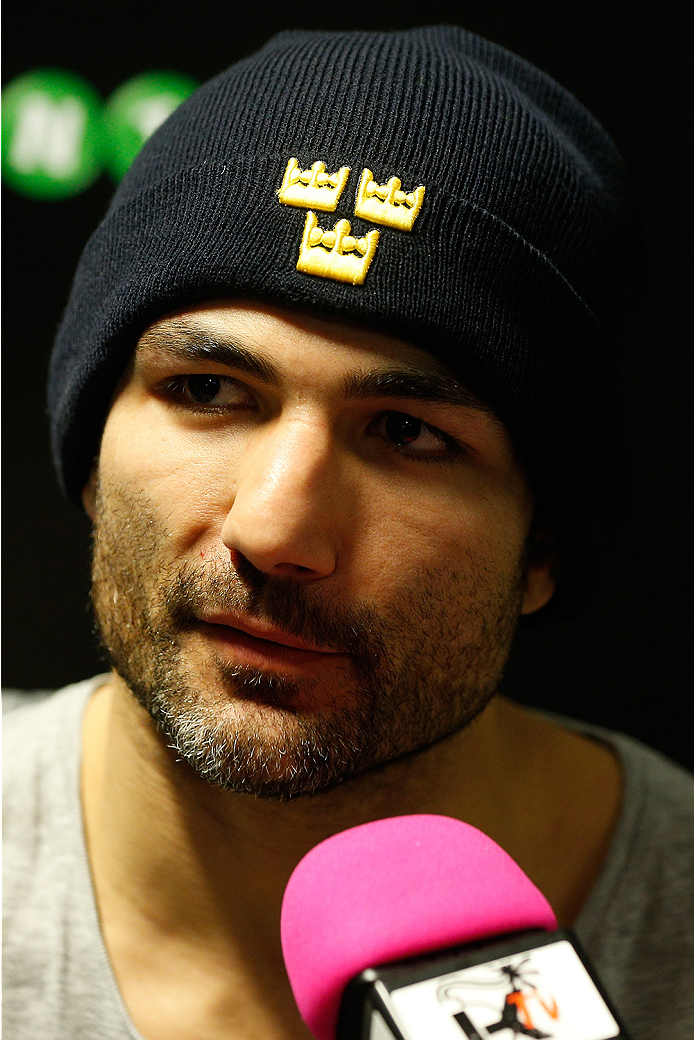 Not every fighter wins a world championship or ends up in the Hall of Fame. That’s just not how sports work, especially not combat sports. In combat sports, those who leave the game usually don’t do it by their own free will. They are generally forced out, unable to compete with younger, faster, stronger competition.

That’s not the case with Akira Corassani, who hung up the gloves Monday at the age of 32. Yes, the native of Lund, Sweden had suffered three consecutive defeats at the hands of Dustin Poirier, Max Holloway and Sam Sicilia, the most recent against Sicilia coming last Saturday in Stockholm. But there was never a sense that he was a step too slow or that the game had passed him by.

More accurately, the way Corassani fought, it was going to be feast or famine. Before his Fight of the Night defeat against Poirier in April of 2014, the former Ultimate Fighter 14 competitor had won three straight. That was the feast. The famine began with the Poirier fight in Quebec City, but he didn’t complain, he didn’t shy away from tough fights, and he didn’t approach his next two bouts with his head in another place, fearing that another defeat would mean the loss of his job.

Instead, Corassani continued to fight the way he always did, and while the results didn’t pan out the way he would have liked them to, in talking to him over the last couple years, I got the impression that the wins and losses were never as important as the journey. That sounds cliché, and in many cases it is, but not in the world of Corassani, a man who may not have found salvation in fighting like many do, but who found thrills, adventure, and stories for a lifetime.

As he wrote in an Instagram post Monday, “I got into to this to challenge myself, get kicks and thrills and live life as close to Van Damme in Bloodsport as possible. I was 22 years old working at a factory confused and bored when I made a bet with my co-workers to become a fighter. They laughed and I said WATCH! I did it all and holy smoke what an adventure it has been.”

Born into a family of doctors, Corassani took a decidedly different path in life, one filled with unsanctioned fights, wild nights, and the occasional trip down the wrong path. But when his professional mixed martial arts career began to take off, his dedication and determination changed. He built a reputation on the European scene, and then went international on The Ultimate Fighter before landing in the UFC in 2012. His final Octagon slate will read 3-3, but for those who got to speak to him and watch him fight, his impact was felt beyond a record simply because of the joy he felt in the battle.

As he told me before last week’s bout with Sicilia, “It’s never been about career or money or people. It’s just a feeling. Since I was a kid, I did martial arts, and of course we were influenced by the Bloodsport and Kickboxer movies, and Bruce Lee. We were doing it in the gym every day for free anyway. (Laughs) It was just a drive, a passion that then turned into something so much deeper. It’s a journey of self-exploration, basically. Like a free diver is testing how deep he can go. Here, you’re dealing with different bodies, different types, different styles, and for me, it’s living life on another dimension; on a higher level, so to speak.

“I love the feeling of a fight,” Corassani continued. “I love to be in top shape and I love to fight and I don’t ever back down from a fight.”

Many say that. Few live it. That’s why, as selfish as it seems to write in a piece celebrating someone else’s career, Corassani’s words should be a reminder of why we love fighting in the first place. It is unlike any other endeavor, and while putting championship belts, rankings and title fights in the mix put it on the level of other sports, there is nothing in sports like one person facing another with gloves on. There is no place to hide, no teammates to bail you out. When you make a mistake, that could be the difference between winning and staring up at the lights. Fighters like Akira Corassani never forgot his love of that tug of war, the exhilaration that comes with putting everything on the line for 15 minutes or less. And yes, it would have been nice for him to be with his grandchildren one day and point to a championship belt on the wall, but oh, the stories told about his attempt to get the belt will more than suffice. And as far as Corassani is concerned, it may be safe to say he has no regrets.

“If I found a lamp today and rubbed it and a genie popped out and asked me to make a wish I would say ‘I wish every human being on earth could experience everything I have,’” he wrote.

That’s not just a career to be proud of, but a life most would envy.