Even though his return to the Octagon ended in a draw, Zubaira Tukhugov is confident in his pursuit of the top-5.
By Thomas Gerbasi, on Twitter @tgerbasi • Feb. 21, 2020

The motivations to step into an Octagon or ring to compete against an opponent trained to defeat you are endless. For some, like Zubaira Tukhugov, fighting is its own reward, and you need look no further than the first professional year of the “Warrior,” when he made the walk to fight nine times, a stretch that included three one-night tournaments.

“Back in those days it was hard to find and get a fight, so if you had any opportunities to fight, you accept them,” recalled Tukhugov. “I did three fights in one night, the weight category was 165 pounds and I used to weight 143 pounds. The commission was about to cancel my fight because I was too young and too light for this division but I begged them to give me my chance and in the end of the day I won all three fights.”

Tukhugov won those three fights and four more that year, ending his opening 12 months as a pro with a 7-2 record. Not bad for a young man who could have been using his degree from Moscow National University instead of getting into fistfights. But through it all, his family was behind his ambitions.

“My family always supported me,” he said. “Anywhere I go, they will be always there for me.” 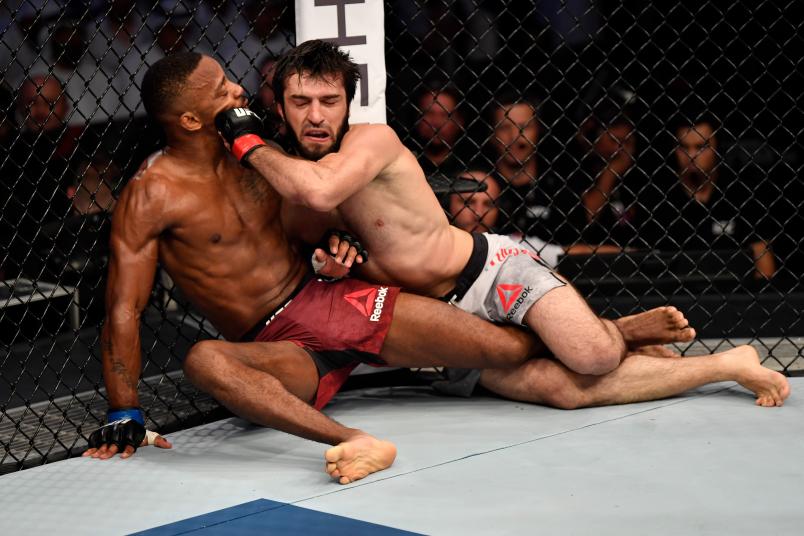 And anywhere Tukhugov goes, fighting will be a part of his DNA, which isn’t surprising considering that he started training at the age of five, focusing on wrestling and hand-to-hand striking before beginning to compete in MMA at 18 years old. So, when forced to the sidelines for over three years due to a pair of suspensions, it was a crushing blow for the 29-year-old from Grozny.

“I missed everything about fighting,” said Tukhugov, who finally returned to active duty last September against Lerone Murphy. He didn’t get the result he wanted, as the bout was ruled a draw, but he did shake off any ring rust and had enough good moments to carry him into his Saturday meeting with Kevin Aguilar.

“It’s always hard to come back after a long break,” he said. “This fight will be easier for me because in Abu Dhabi I had some reasons why I couldn’t show all my skill set. But yes, I feel that I have momentum right now and I'm confident that I will be in the top 15 soon. My fans give me huge support and motivation, so I feel it's my time.” 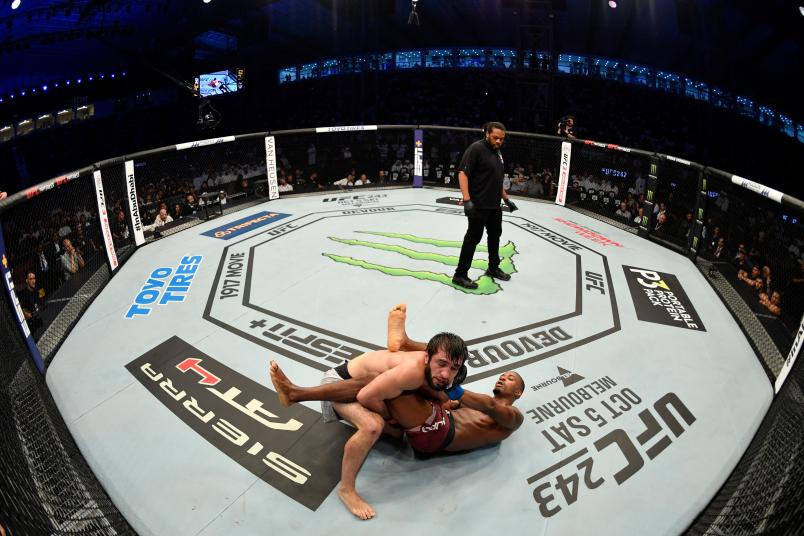 Before the layoff, the top 15 was figured to be automatic for Tukhugov, who scored a trio of wins over Douglas Silva de Andrade, Ernest Chavez and Phillipe Nover before a split decision loss to Renato Moicano. Now, with the draw against the unbeaten Murphy and a fight against another rising star in Aguilar, Tukhugov is in striking range of his goal once more.

“He is a tough guy,” said Tukhugov of Aguilar. “All UFC fighters are tough because it is the best organization in the world; there are no easy fights in UFC. But I believe I could get to top five in my division; I have everything to do that. In the UFC, I have only one loss to Moicano, who is the current No. 7 featherweight in the world. I just need to stay focused all the time and train hard.”

That’s never been a problem for Tukhugov, and won’t be one now.

“When I just started do wrestling, I already thought about transferring myself into MMA, and I especially dreamed about getting in the UFC, but it was impossible at that time. But I was confident that one day I will get there and I worked hard for that. Now in 2020, the fans will witness my rise to the top of the rankings and it will be great year for all of us.”