Zarah Fairn Is Determined To Succeed

UFC Featherweight Zarah Fairn Has Her Sights On Making A Special Memory At UFC 283: Teixeira vs Hill
By Thomas Gerbasi, on Twitter: @TGerbasi • Jan. 19, 2023

On paper, it’s France versus Brazil when Zarah Fairn faces Josiane Nunes at UFC 283 in Rio De Janeiro this Saturday. Look a little deeper, though, and there are enough connections to possibly garner Paris’ Fairn some cheers at Jeunesse Arena before, during and after the featherweight bout.

First, Fairn has Brazilian blood courtesy of her mother, and if that isn’t enough, she has been living in Belem and training with UFC flyweight champion Deiveson Figueiredo and his team to prepare for the bout with Nunes. So who knows, the boo birds may stay neutral for this one.

“I am happy to fight, and I think that at the event the Brazilians will be delighted with this fight and, above all, happy, because this fight will be for Brazil, as well as my country, France.”

Frankly, after being on the sidelines since a loss to Felicia Spencer in February of 2020, Fairn would have fought anyone anywhere, including in Nunes’ literal backyard. But Rio it is, where she will face an opponent who is unbeaten for over nine years, a stretch that includes Octagon victories over Bea Malecki and Ramona Pascual.

“Josiane Nunes is an adversary who has a lot of determination,” said Fairn. “She has shown in her fights that she likes to make war on her opponent, and she is solid; that's why I prepared myself for a good war.” 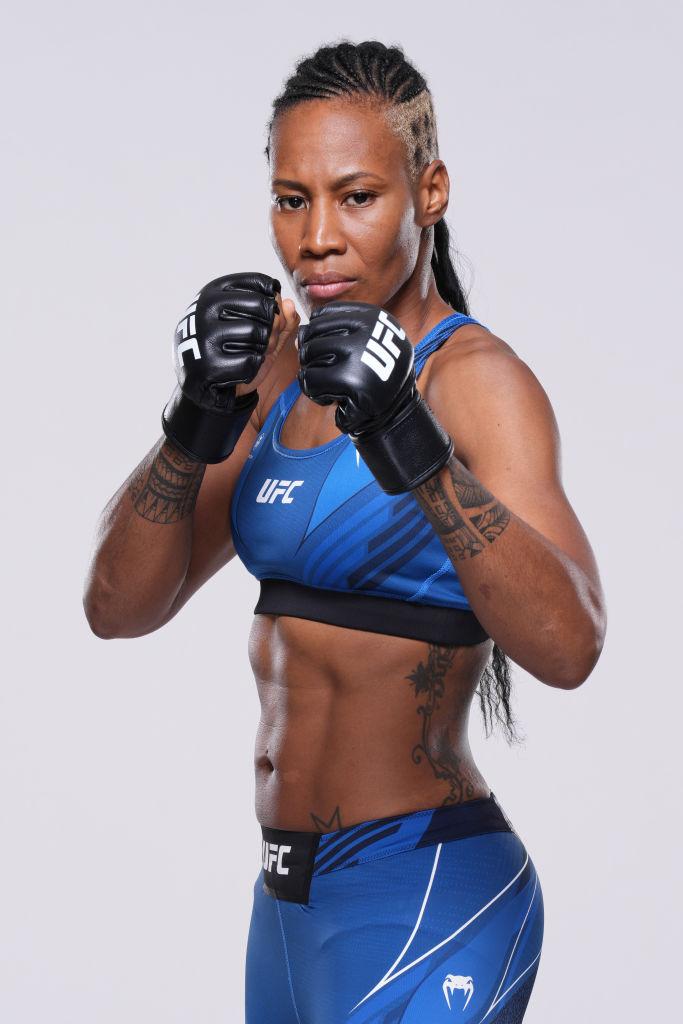 Zarah Fairn poses for a portrait during a UFC photo session on January 18, 2023 in Rio de Janeiro, Brazil. (Photo by Mike Roach/Zuffa LLC)

A good war would shake the rust off, for sure, and now that it’s almost fight night, the 39-year-old is only thinking positively, chalking up her nearly three-year layoff to the ups and downs of life everyone goes through.

“Life sometimes gives you hardships,” Fairn said. “I was not frustrated because I am lucky to have my family, to be supported my manager, and also my Team Figueireido. And I have a lot of gratitude for the UFC organization, which gave me the time necessary to return to good health.”

It’s the fighter’s life. Far from the glory of those nights under the lights is the hard work in the gym, the periods when injury, and not an opponent, becomes the daily adversary, and when doubts need to be squashed. Fairn is no stranger to all of the above, especially as the sister whose five brothers all boxed, making her an inevitable entrant to the combat sports world.

“I started English boxing and I wanted to make a career in professional boxing, but each time, I had opponents who canceled the fight or simply did not show up on the day of the fight,” said Fairn. “By necessity, I decided to stop because in the middle of English boxing, a lot of coaches did not want me to meet their athlete, and I had to make the decision to stop. And then I met a coach who introduced me to MMA.”

So, despite owning a degree in Political Science, speaking five languages and having a job as a police officer, Fairn was going to be a prizefighter. 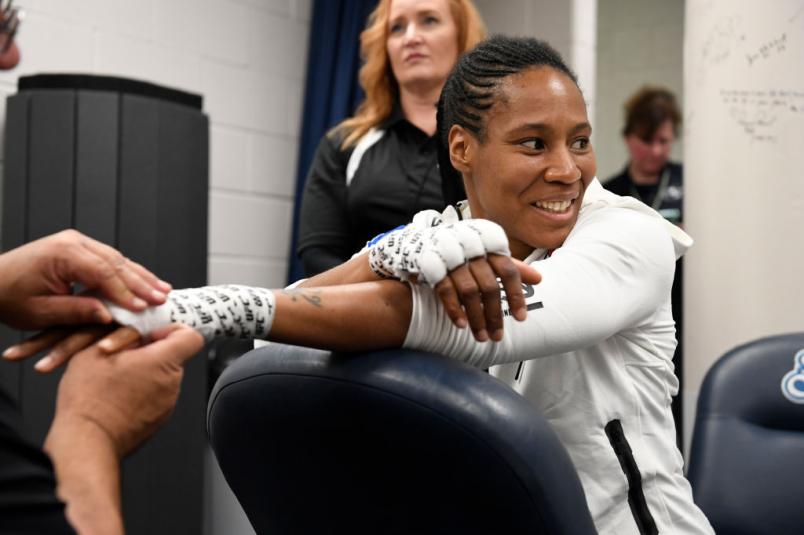 Zarah Fairn gets her hands wrapped backstage during the UFC Fight Night event at Chartway Arena on February 29, 2020 in Norfolk, Virginia. (Photo by Mike Roach/Zuffa LLC)

“I am lucky to have followed good studies, but when I started MMA, it became a passion for me so much that I opened an academy of MMA in France and I organize seminars in personal development coaching for companies to transmit the values of a fighter and explain that the strength of a fighter is not only in a cage but in everyday life.”

In a country that only recently opened its doors to MMA on a legal basis, this is a common story - the fighter not just fighting for themselves, but for the sport. It’s a lot of responsibility for anyone doing that, but Fairn never wavered in her commitment. It’s admirable, but that’s not to say mom was on board with her baby girl trading punches for a living.

“My brothers were very happy, but with my mother it was difficult,” Fairn said. “Every time I fight I do not tell her because she is afraid, but otherwise, she is proud of me. It is the most important thing that I have a determined nature. I have always told my family I will be the first French woman who will fight in the UFC and I succeeded. So they are proud of me, and that's the main thing.”

It is. Titles are nice, wins are nice, so is fame and fortune. But sometimes a win-loss record doesn’t determine an athlete’s worth. So on Saturday, Fairn will fight - for herself, for her team, for her family and two countries - her own and her adopted one.

“UFC fans will finally know the potential of a fighter and also the personality of a fighter who has a lot of values and who likes to share and give her time,” said Fairn. “Above all, I’ve always had in mind to face Amanda Nunes one day because it's been a long time that there’s been no fight for the featherweight belt. If I sacrifice myself to live in Brazil more than in France, it is for one day to have this opportunity.”