Zapata is Recovered and Ready to Rumble 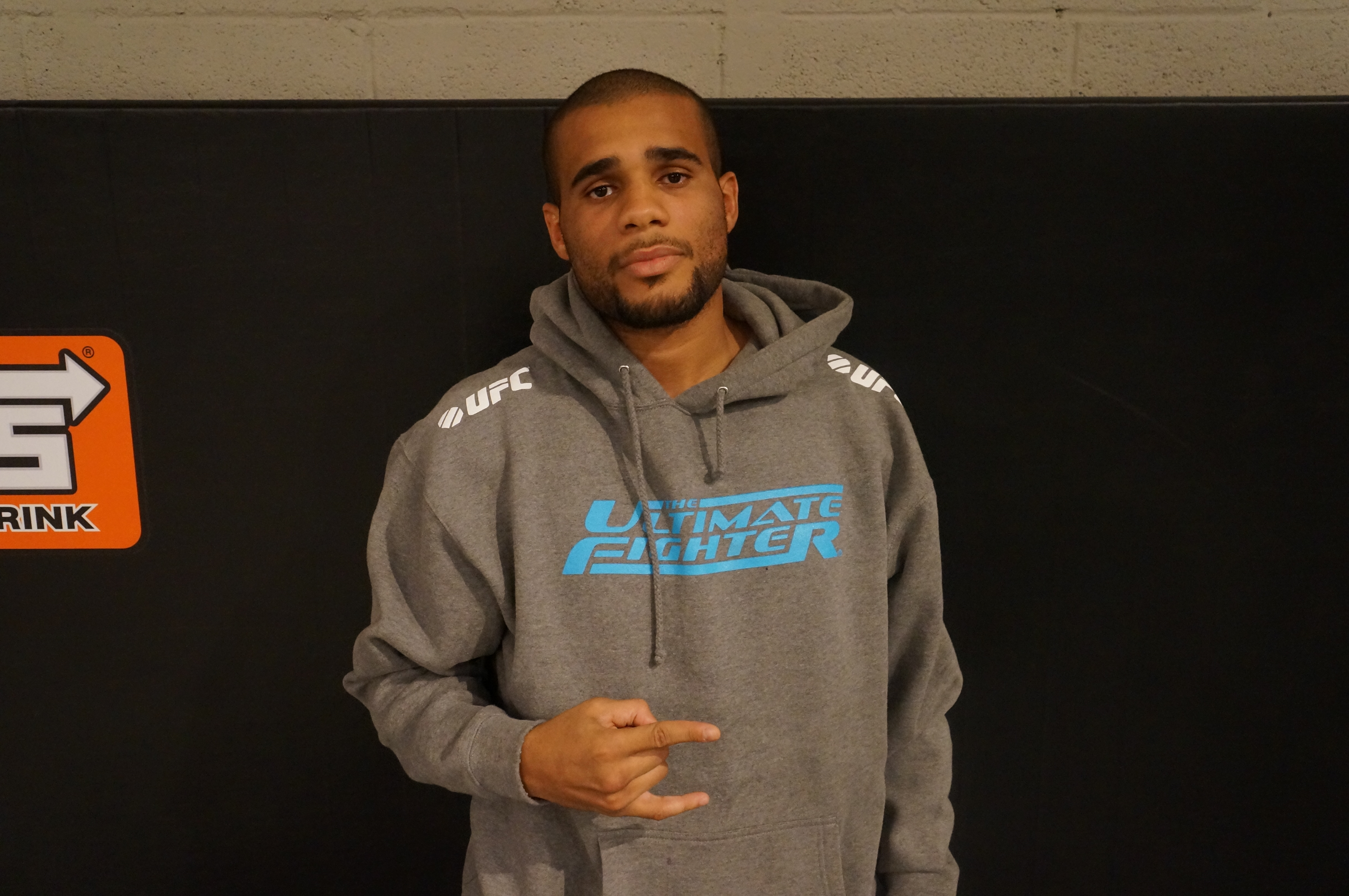 There’s no two ways about it, injuries are terrible and time consuming. The Ultimate Fighter: Team Edgar vs. Team Penn aired and had its finale well over a year ago, yet one semifinalist from that season is still waiting to make his Octagon debut because of two injuries.

But finally, UFC welterweight Roger Zapata is healthy and ready to make an entrance that has been 14 months in the making. Zapata would probably fly to the Moon if he had to in order to get his chance inside the Octagon, but, instead, he is traveling to Japan to take on Shinsho Anzai at UFC Fight Night: Barnett vs. Nelson.

“It’s been a world of injuries,” Zapata said. “I never really got hurt before. After Dhiego [Lima] snapped my arm - that was a long wait. Then getting ready for Manila, I’m sparring in Montreal and the unthinkable happens, a freak accident. I’m sparring at Tristar and Chad Laprise kicked me in the eye. It was crazy. The kick barely hit me. The only thing that really landed was his toe in my eye. That caused my eye to slightly move out of its socket as well as it broke my orbital bone. It was just crazy. Coaches at the gym were saying I might lose my eye, but thankfully none of that happened. I’m fully healed and I’m ready to get at it.”

The 29-year-old who was born in Santo Domingo, Dominican Republic and bred as a fighter in upstate New York has been sidelined since the show from the common broken arm to the uncommon toe to the eye / broken orbital bone. It’s been a long and frustrating road to recovery for Zapata, but there’s been a sizable carrot that’s kept him marching forward and that’s to put on a show in the Octagon for fight fans, wherever that may be.

“I want to perform in the UFC again,” Zapata said. “I want to get the fans talking about me and give them some highlight reel knockouts and great fights. My motivation, what drives me, is to have great performances inside the cage. That’s what really kept me focused on the grind to get back to being the fighter that I wanted to be. It’s always something I wanted to do since I decided I wanted to fight. And that goal was reachable, but it just kept getting pushed back with these injuries. Nothing was going to stop me though. Nothing was going to stop me from coming back.”

This desire to perform through combat started for Zapata while attending SUNY - Albany. The then 22-year-old decided to try out a life-long interest in martial arts and he would make a life-long friend and coach with Fahim Ahmadzai. From amateur boxing and amateur kickboxing to amateur MMA and pro MMA, Ahmadzai has been the one sharpening Zapata’s striking skills, which have scored “Viva” three of his four pro MMA wins by KO. And Ahmadzai will fly to the other side of the planet to be in Zapata’s corner when he takes on Anzai.

“He’s been in my corner since day one in MMA, kickboxing and boxing,” Zapata said. “We’ve been together since I started training. He’s just a guy who is always there for me and we’re always working footwork and padwork. I think he’s a great trainer. I’m excited to represent him as my trainer and show off all these skills that we’ve developed throughout the years.”

Up next, Zapata will go to the “Land of the Rising Sun” on September 27 to tangle with Anzai at the famed Saitama Super Arena. With an 8-2 pro record, the Tokyo product made his Octagon debut on short notice in August 2014 and suffered his first stoppage loss for it. Prior to his UFC debut, Anzai was on a six-fight win streak, including four KOs in the Japanese promotion Pancrase. As one would expect from a man nicknamed “Animal,” Anzai is an aggressive fighter, which is exactly the type of dance partner Zapata is hoping for.

“I saw a brief of highlight of his - he likes to bring it,” Zapata said. “I think we’re going to have a good show. He likes to bring it and that’s what I’m here to do. I think it’s going to be a good fight. Some fireworks are going to go off and at the end of the second round my hand is going to be up in there. I think it’s awesome. I get to fly out to Japan and fight in the Saitama Super Arena. I’m excited to give the crowd what they want. Through PRIDE [which had regular events in Saitama Super Arena], they’ve had their fair share of crazy fights and I’m looking to keep that up and keep up the wildness of MMA in Japan by having a great show.”

In preparation for Anzai, Zapata has been keeping this camp a local one, as he is splitting his time training with being an Albany police officer. Obviously, Zapata works with Ahmadzai, but his main gym has been at Renzo Gracie Latham. Also, Zapata has been working on his ground game with BJJ black belt Eddie Fyvie at Spa City BJJ. Previously, Zapata had been traveling a lot to Firas Zahabi’s Tristar Gym in Montreal. For avid TUF watchers, Zapata fought at middleweight in the house, but will be dropping down to welterweight for his Octagon debut.

“It’s been the best camp for my weight cut,” Zapata said. “I’ve never been this light this early. I think this weight cut is going to go great for me. For this fight, I have gotten in a lot of sparring with a pro boxer named Shawn Miller. He fought for a world title [WBF world light heavyweight title] not too long ago in France. I’ve been working a lot on my stand-up. I’ve been doing a lot of one-on-ones, wrestling with a lot of people from the area. The most famous one is Nick Gwiazdowski. He’s the NCAA Division I heavyweight champion for the last two years. We’ve been getting a lot of wrestling and it’s been a great camp. I think it’s going to be a great coming out party for me. At 170, I feel a little bit faster, a lot stronger and a little more vicious. Right now, I am in the best shape I’ve ever been in. At 170, I’m going to feel real tight and real fast.”

This Saturday, at UFC Fight Night: Barnett vs. Nelson on UFC FIGHT PASS, Zapata’s time on the bench is over as he collides with Anzai. “That’s what I’m here for - to give exciting fights,” he said. “Somebody is most likely going to sleep and it’s not going to be me. It’s going to be Anzai sleeping on the mats, while the ref holds my hand up and I get my first UFC win by knockout.”