A move to middleweight put Zak Cummings in a better place, and now, he's going for one "last little good run" before his career comes to a close.
By Thomas Gerbasi • May. 15, 2019

Every fighter chases something. When it comes to the 34-year-old version of Zak Cummings, he’s chasing something he always has – the thrill of competition. More than that, having returned to the middleweight division, he is chasing a quality run to the top in the UFC that he’s always been on the verge of.

But flash back to the early part of his career, and the goal was both simpler and more complex.

“Back in the day, multiple years ago, I didn’t even know how to get to the UFC,” said Cummings, who faces Trevin Giles this Saturday in Rochester. “I didn’t know anybody in the UFC, I didn’t have gyms around me that had UFC fighters in the room. It was just another ballgame. So I had this goal not just to get to the UFC, but I wanted to win one fight. I wanted to prove that I belonged there at that level.” 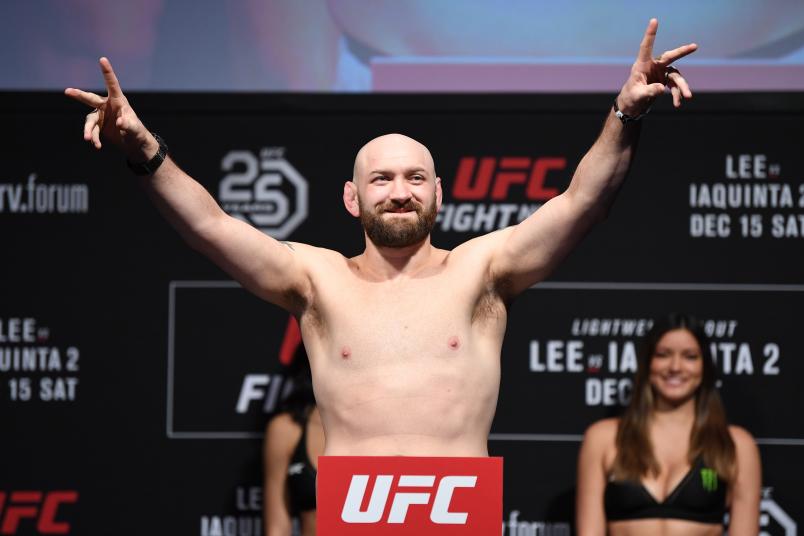 After racing out to a 10-0 start as a pro, he took a short-notice Strikeforce bout against Tim Kennedy in September 2009 but was submitted in the second round. A return to the regional scene resulted in a second straight loss to Elvis Mutapcic, and while he went 5-1 over his next six bouts, a 1-1 stint on The Ultimate Fighter in 2013 gave him his UFC shot.

It was August 2013 against Ben Alloway in Indianapolis, and Cummings knew it could be one and done if he lost. That’s pressure, but nothing compared to dealing with the lung cancer that was attacking his father, Michael. And as the fight approached, Michael Cummings fell into a coma, a reality Zak’s family kept from him.

With his focus solely on the fight, Cummings delivered when it mattered, submitting Alloway in the first round and earning a Submission of the Night bonus in the process. Cummings was a UFC fighter, and he was going to be sticking around in the big show.

That was the good news. Then came the bad, as he was told of his father’s condition.

“They tried taking him off life support and he wasn’t gonna make it, so they put him back on,” said Cummings. “I was his decision maker, so knowing what he wanted, I knew he didn’t want to spend the rest of his life on a machine. So they were waiting on me to get back and make the call. So I said my goodbyes, told him not to fight, and then they go and pull the plug.

“And he wakes up and had no idea that anything happened. It was just crazy.” 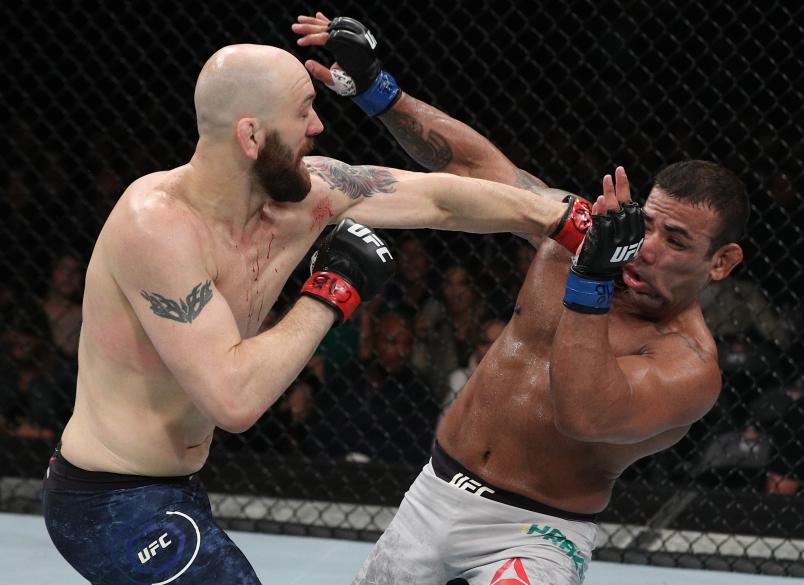 SANTIAGO, CHILE - MAY 19: (L-R) Zak Cummings punches Michel Prazeres of Brazil in their welterweight bout during the UFC Fight Night event at Movistar Arena on May 19, 2018 in Santiago, Chile. (Photo by Buda Mendes/Zuffa LLC/Zuffa LLC via Getty Images)

It was a Hollywood moment and one Cummings is still grateful for. Father and son had their battles over the years, and that conflict drove the future fighter in a lot of ways. But as the relationship matured, so did father and son.

“He was super hard on me as a kid growing up,” said Cummings. “As I got older, we mended some of the issues that we had and we were a lot closer toward the end and he was way more positive about things. He was super proud.”

Michael Cummings was able to see the biggest win of his son’s life and spend quality time with him before he passed at the age of 62, and given all that happened around the Alloway fight, it’s no surprise that it’s still the defining moment of Zak’s life.

“He got to watch the fight, he got to go home and he lived on hospice for about six weeks,” said Cummings. “I was able to go back and stay with him for the six weeks until it was his time to move on and it was a really special time in my life. It was terrible what happened but it was cool how it worked out. I got to say my goodbyes, he got to see that his only child, his only son, had his dream come true. It was the biggest high and one of the lowest lows knowing that I was getting ready to lose my father. But it was definitely the thing that stood out, by far, the most in my life.”

In October 2017, Cummings became a father himself, as his daughter Kyleigh entered the world, giving him even more to fight for. In December of last year, his return to middleweight resulted in a win over Trevor Smith, and a victory over the unbeaten Giles would be the perfect start to 2019. And beyond.

“I’m mentally in a better place there (at middleweight) and I still think I have a little bit more to give and go,” he said. “I’d like to get back in there with some of these ranked opponents and prove myself and give myself one last little good run before I decide to walk away from the sport. I don’t know how much longer I’ve got, but I want to make sure I make that decision. I still have a little bit more to prove to myself. I’m still chasing something.”