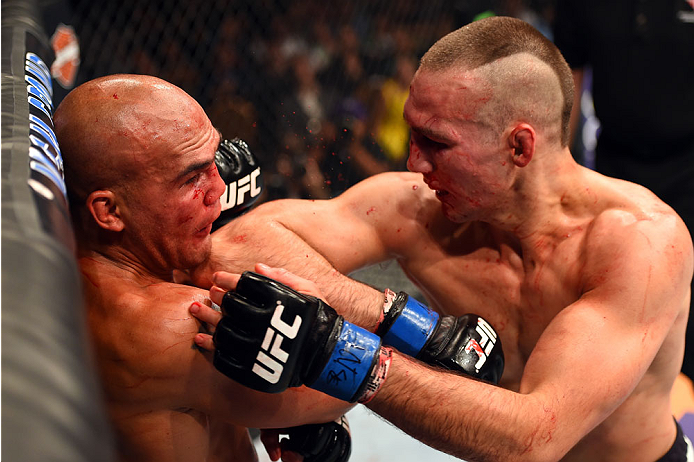 Being a mixed martial arts journalist based in British Columbia, Canada – and one that attended UFC 189 in person – there is one question that I have been asked repeatedly since returning home from covering that historic event in Las Vegas last month: “How does Rory MacDonald come back from a fight like that?”

For 20 minutes, MacDonald went toe-to-toe, blow-for-blow, round-for-round with the welterweight champion, including a few instances where it looked as if “The Red King” was going to be bringing the belt back to Canada, where it has resided twice before. But it wasn’t meant to be. 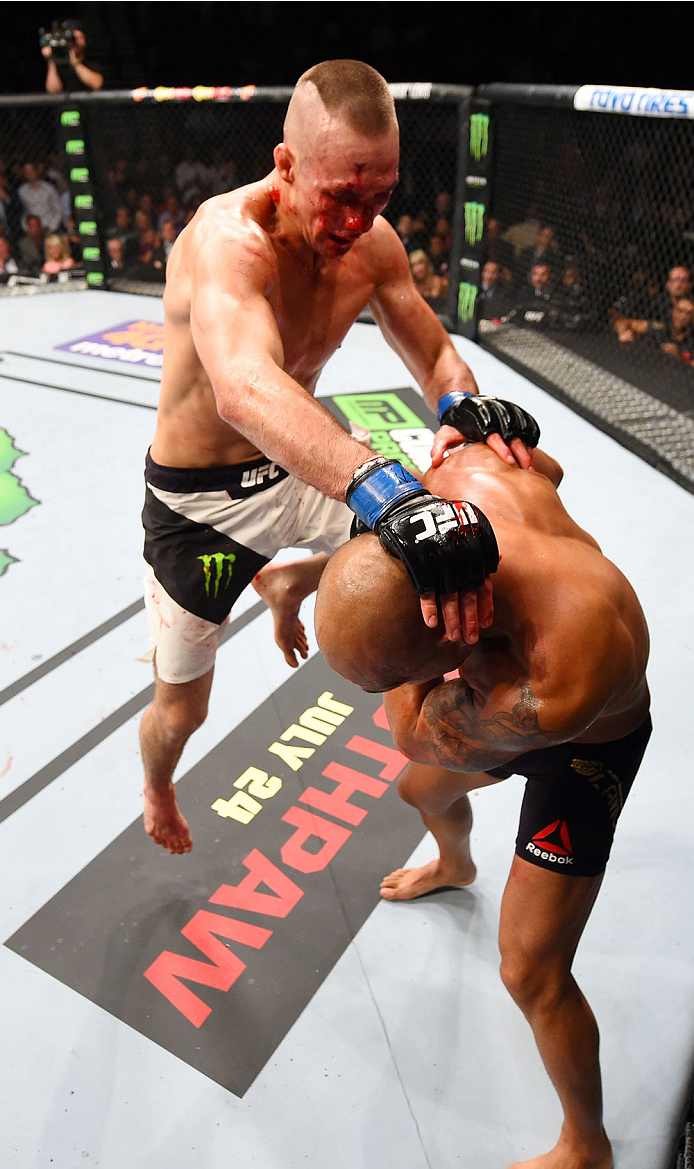 A minute into the final round, Lawler scored the stoppage victory that it turned out he needed, as the challenger entered the final frame ahead 3-1 on all three scorecards. His nose a crimson faucet, his eyes bruised and swollen, MacDonald was vanquished by the veteran champion, leaving many observers wondering what kind of impact the punishing instant classic would have on the battered challenger in the long term?

Having spoken with MacDonald at length in the past about his motivations for stepping into the Octagon and what it is about the sport that drives him, my answer was always the same: there are very few fighters on the UFC roster that would embrace being in a fight of that nature more than the Montreal-based welterweight, and while it looked soul-crushing to those watching from outside the eight walls, MacDonald was likely loving every minute of it.

“He told me he had the best time of his life,” Firas Zahabi, MacDonald’s head coach and the leader of the Tristar Gym, laughs when I ask him the same question that has been asked of me countless times since July 11. “He wasn’t negative about it; he was positive about it and he’s already training again.

“I think it’s going to make Rory better because that’s a lifetime experience,” Zahabi, who has already guided one standout Canadian to the UFC welterweight title, continues. “You can’t learn that in the gym. To show that amount of heart, that amount of killer instinct – both those guys are warriors and that’s not something you’re taught; that’s something you’re born with.”

On his way up the ranks, MacDonald was often compared to former champion Georges St-Pierre and the two became even further linked once the former packed his things and moved to Montreal to full-time alongside the latter. Everyone wanted to cast MacDonald as “The Next GSP” because they were both Canadian and both represented Tristar, but outside of their shared nationality and home gym and a joint desire to be the best in the sport, the two were always quite different, and MacDonald often bristled whenever the comparison came up. He wanted to be recognized for his own accomplishments and talents, the elements he brings to the table and the man he is, not cast as St-Pierre’s understudy.

While the comparisons have died down since the former welterweight champion has taken a sabbatical from the sport, 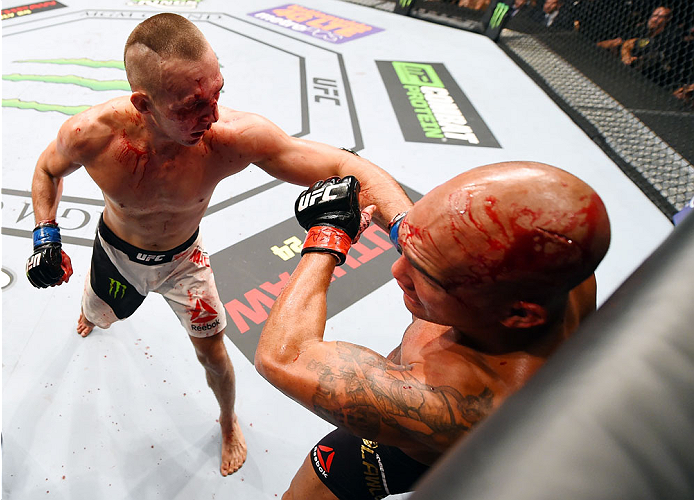 MacDonald’s performance at UFC 189 and the mindset his showing opposite Lawler revealed should end those comparisons for good because, as Zahabi explains, that’s not the kind of fight St-Pierre ever wanted to endure.

“Rory, he welcomes it either way. He’ll out-technique you or he’ll dogfight you. He loves all the dimensions of fighting and I think it’s his personality. I think who he is, he likes to dig down deep and get into a dogfight as much as he loves to pick you apart and snipe you. He’s just a lover of fighting.”

Zahabi laughs when I tell him that last comment is only going to further contribute to the perception people have of MacDonald that has produced his unofficial nickname, “The Canadian Psycho,” but that doesn’t make it any less true.

Ask anyone that truly knows the 26-year-old contender and they’ll you that none of what MacDonald does is about fame, fortune or celebrity.

As he first coach, David Lea, told me earlier in the year for a UFC Magazine profile on his former student, “(Rory’s) not chasing the sizzle and all the trimmings – he just 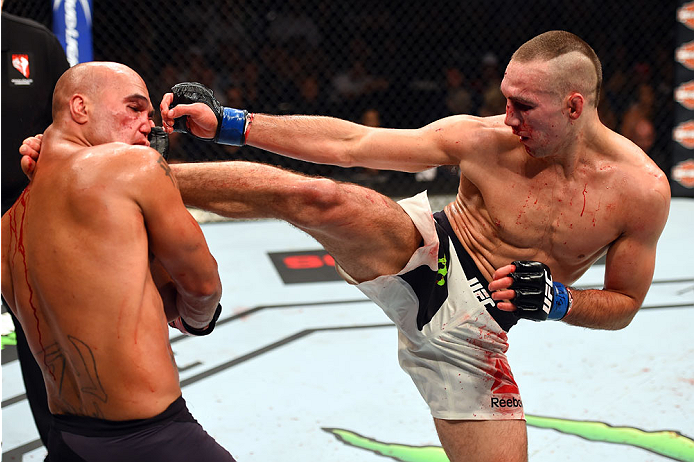 wants to fight. He wants to be the best fighter that he can be, so he’s not about being the showman; he just wants to go in there and test himself.”

That’s precisely what he did against Lawler on July 11 at UFC 189, and though the results didn’t fall in his favor, Zahabi is confident that his charge will come back from the outing even stronger.

“Some people, if they win a fight or lose a fight, it makes them weaker. If you win a fight, you become arrogant; if you lose a fight, you become negative. With Rory it’s all the same. He’s so into the fighting that, to him, it’s all about getting better and getting to the next fight. He’s not really worried about all the gossip or all the drama; he’s a natural warrior. So for him, it was just a phenomenal war and he loved it.

“It’s an experience I think Rory is going to grow from,” Zahabi adds. “That’s what you need to be a champion; that’s what you need to look for is that killer instinct, that personality where it’s, ‘Hey – I’m going to dust myself off and that’s just one chapter in the story.’ It’s one of those things where it makes you a better fighter just because you’ve been in the fire.”