As the years went on, the odds of Georges St-Pierre ending his self-imposed hiatus and returning to the Octagon grew slim, and fans began to lose hope of seeing the former welterweight champion in action once more.

One person believed, though.

“I always thought he’d be back,” said GSP’s friend and longtime coach Firas Zahabi. “Georges really loves martial arts, he really loves competition, and those two things are always going to be in his blood. It’s just his personality. He loves it, he thrives on it and I think he enjoys himself when he competes.”

On Nov. 4 at Madison Square Garden in New York City, St-Pierre competes in the UFC for the first time since November 2013 when he challenges Michael Bisping for the world middleweight title. The UFC 217 main event is one of the biggest fights of the year, if not the biggest, and while most of the excitement centers around the Montrealer simply being back in the Octagon, there are questions about what he has left after four years away.

On St-Pierre’s part, he believes he’s better than ever. Zahabi agrees, noting that the fighter the world sees in less than a month will be one who comes back with a rested mind and body.

“He’s improved in many, many ways and he’s had four years off, so I think it refreshed his drive, his energy and his body got a much needed rest,” he said. “Don’t forget, before he took his break, he had injured his knee and then injured his knee after taking his break. His body was really overworked. He had too many training camps back to back, and he recovered from his first surgery and got back in the game a little bit too quickly. Too much wanting to get in there slowed him down in the long run. He’s a very driven person, he wants to be in there, but his body needed a break and I think he just realized that it was time to do that.” 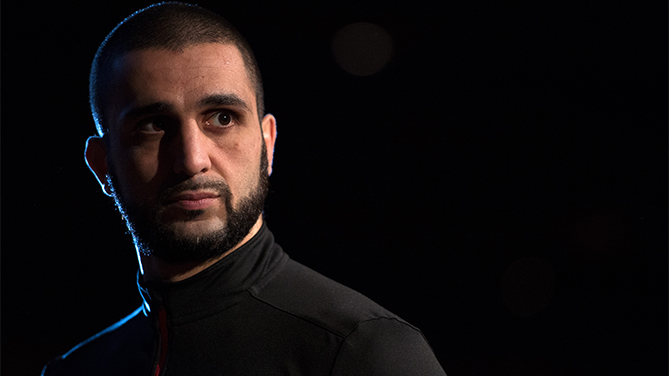 The 36-year-old GSP didn’t disappear after his 2013 win over Johny Hendricks, as he was a visible figure around the MMA world, at various gyms, and even on the Silver Screen. One thing was a constant, though, and that’s for all the time off, St-Pierre never appeared to be out of shape.

“It’s part of his DNA,” laughs Zahabi. “Wherever he goes, he trains, so if he’s out of the country or out of town, he always finds a place to go work out, and it’s just part of his routine. Of course, training for fun and training for a fight are two different things, but he was definitely enjoying his time off training. It’s probably his favorite hobby.”

Now it’s time to train for a fight, and one of the interesting storylines leading up to UFC 217 is the appearance of renowned boxing trainer Freddie Roach as one of GSP’s coaches. Head coach Zahabi is enjoying having Roach around.

“I love working with Freddie, I think he’s great,” he said. “He’s an expert in boxing and obviously one of the great minds in boxing history. It’s a great privilege for us to work with him and see what’s made him so successful and learn from the man.”

Some have said that having Roach around is simply a distraction from what St-Pierre’s true game plan will be on fight night, but as Zahabi explains, they’re not going to fix what isn’t broken. Instead, they’re going to enhance all aspects of the former champ’s game to prepare him for his maiden voyage to 185 pounds. 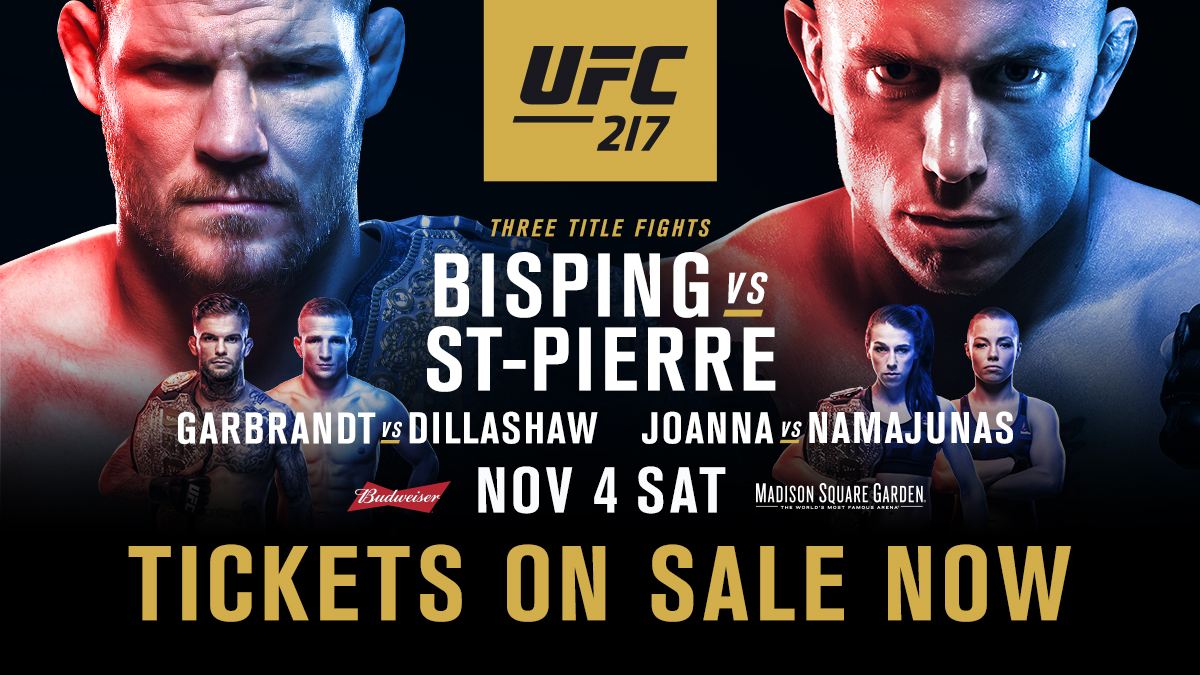 “We all know that Georges is really good on the ground and has had a lot of success with grappling and takedowns,” he said. “Of course he’s had a lot of success standing up as well, but that’s where Bisping shines the most. So I can tell you Georges wants to box with him and nobody would believe that. Nobody is that naïve. Georges is a mixed martial artist and he’s going to do everything in there.

“For people who don’t understand martial arts, the better your boxing is, the more opportunities you have to get the takedown,” Zahabi continues. “And that’s what Freddie’s there to do; he’s there to compliment Georges’ striking game and help us create more opportunities for takedowns, and the takedowns will create more opportunities for striking. It’s kind of like football: if you’re passing a lot, you might surprise them with a run. If you’re running a lot, you might surprise them with a pass. If you show them the right hand, you hit them with the left hand. That’s what martial arts is about and that’s what strategy is about. For people who think it’s just go in there and shoot and take the guy to the ground, it’s not that simple at that level. Bisping is not naïve and he needs to be attacked on all fronts for him to make a mistake.”

As Zahabi breaks down the return of St-Pierre, you can hear the excitement in his voice. This isn’t just another fight, and GSP isn’t just another fighter. Zahabi and St-Pierre came up in the sport together, made it to the top, and now they’re teaming up again in a quest to win another gold belt. And they’re doing it in Madison Square Garden. It’s hard not to get excited about that.

“It’s such a great experience to be in a world title fight,” he said. “What an honor. And, of course, I want to have that for all my guys, but Georges is somebody I grew up with, somebody I developed my career early on with, and we have a great personal relationship. So, for me, that’s also very important to be there for Georges as a person, not just the big event.”

Yeah, it took a while, but Zahabi knew this day would come.

“I didn’t think it would take that long, to be honest with you,” he laughs. “That did surprise me a bit. There was a lot of back and forth in terms of negotiations, the UFC was being sold at that time and I think there were a lot of unforeseen delays. But I want him to do what makes him happy, and if competing and going back in there is going to make him happy, I’m happy to go in there with him side by side and do my best to support him.”