Despite 10 Days' Notice, UFC Bout Was Too Good To Pass Up For Zach Makovsky
By Sherdog.com Staff, SHERDOG 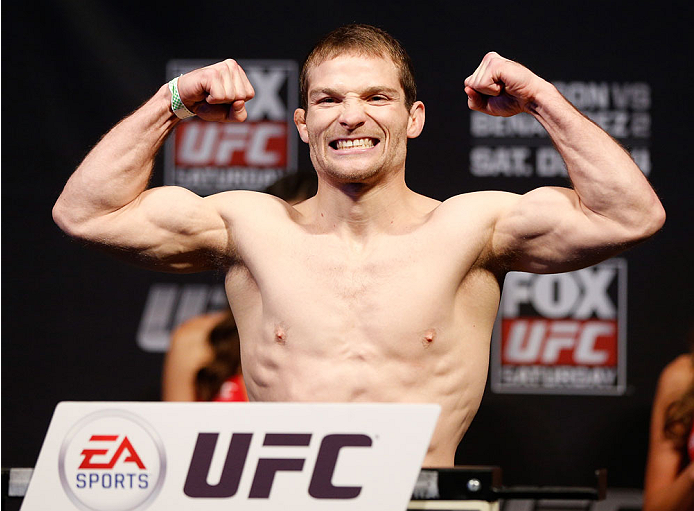 "Zach Makovsky got the call to fight Scott Jorgensen on just 10 days’ notice, but he found a way to
win Dec. 14 at UFC on Fox 9.

"In an interview with the Sherdog Radio Network’s “Beatdown” show, Makovsky discussed his Octagon debut, his opponent and more.

"On filling in on such short notice: 'Before I got the offer, I heard that [John] Dodson was hurt and possibly out of the fight. My manager called me and was like … ‘Would you like me to put your name in and be proactive and see if we can get this fight?’ And I said, ‘Yeah, of course. We might as well be proactive and go after it.’ I guess as he was calling, Sean Shelby called my manager and asked if I wanted the fight. It was kind of all working out at the same time.'"