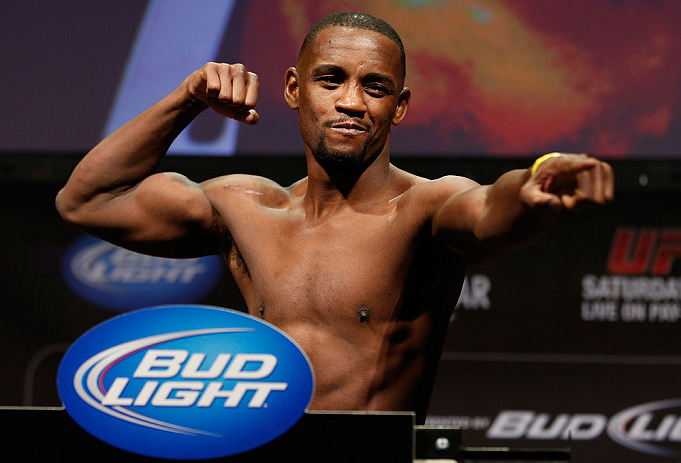 It’s still one of the most cherished DVDs in my collection, and I’ve never hesitated to tell Yves Edwards and Aaron Riley about it. Back in 1999 and 2001, the two lightweight pioneers engaged in two wars immortalized in a documentary produced by the promoter of the pair of bouts, HOOKnSHOOT, and for fans of a sport that still hadn’t reached the mainstream, it was the equivalent of Bob Dylan’s Basement Tapes. You knew about it, you probably saw it, but your buddy down the block had no clue.

And if you finished watching the DVD, the lasting impression was probably that Edwards, the Texas-based native of the Bahamas, was already something special.

The creator of a fighting style he dubbed Thug-Jitsu, Edwards was already 24 official fights into his career (there were probably a lot more that weren’t documented) after winning his two-fight series with Riley, and after the second in July of 2001, he got his first call to the UFC.
> Check Out Yves Edwards' Collection on UFC FIGHT PASS! 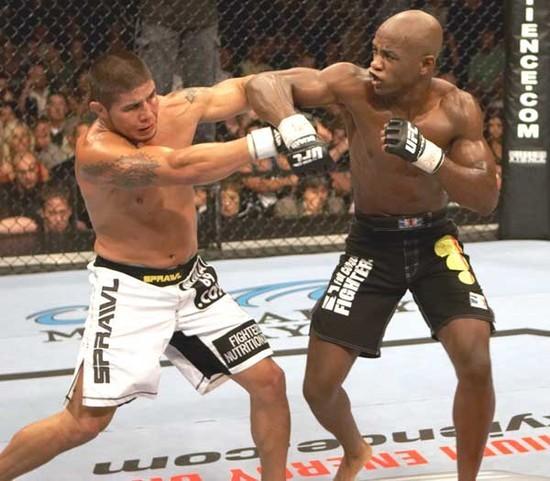 The slender lightweight lost his debut to Matt Serra at welterweight at UFC 33, and then his second Octagon bout to Caol Uno back at 155 pounds at UFC 37. But from there, Edwards found his groove and went on an 8-1 run from 2002 to 2004 that included six wins without a loss in the UFC, capped off by a highlight-reel knockout of Josh Thomson at UFC 49 in August of 2004.

If you said Yves Edwards was the best lightweight in the world after the win over Thomson, you wouldn’t get too many solid arguments against that declaration.

Then the lightweight division in the UFC disappeared. With the MMA explosion that followed the first season of The Ultimate Fighter a little less than a year away, the promotion didn’t have enough room for another division while trying to keep the fighters from heavyweight to welterweight busy. The 155ers were on hiatus, and Edwards, 27 and in his fighting prime, didn’t have a home in the biggest promotion in the United States anymore.

It’s important to point that out today, the morning after Edwards announced his retirement at the age of 38, because those fans who came on board after Forrest Griffin and Stephan Bonnar put on a fight for the ages at the Ultimate Fighter 1 Finale in April of 2005 and introduced the sport to the masses never got to see Edwards at his best.

This morning, if they don’t do their research, they’ll see someone who had a rough two years in the Octagon, an 0-4, 1 NC stretch capped off by a submission loss to Akbarh Arreola at UFC Fight Night on November 22.

That’s not who Edwards was. He had his moments once the UFC reinstated the lightweight division at UFC 58 in March of 2006, showing glimpses of greatness in his wins over Jeremy Stephens, Cody McKenzie and Rafaello Oliveira, but the best version of the Austin resident was left to compete far from the bright lights of the Octagon.

I covered his first post-Thomson fight against Naoyuki Kotani in October of 2004, and in front of a few hundred fans in a small venue in Atlantic City, he was brilliant as he ended the fight with a head kick in the first round. He would fight one more time for that promotion (Euphoria), before heading to Japan for the first of three fights for PRIDE’s Bushido series. When I spoke to him before his PRIDE lightweight Grand Prix bout against Joachim Hansen in September of 2005, he had moved on, but he was also hopeful that the UFC doors would open once more.

“I don’t think the UFC has totally given up on 155-pounders,” Edwards said.  “The way it looks to me from where I’m standing is that they’re trying to make the show big and to get more fans to understand the sport, and once it gets to that point, weight classes won’t even matter because guys just want to see good fights.” 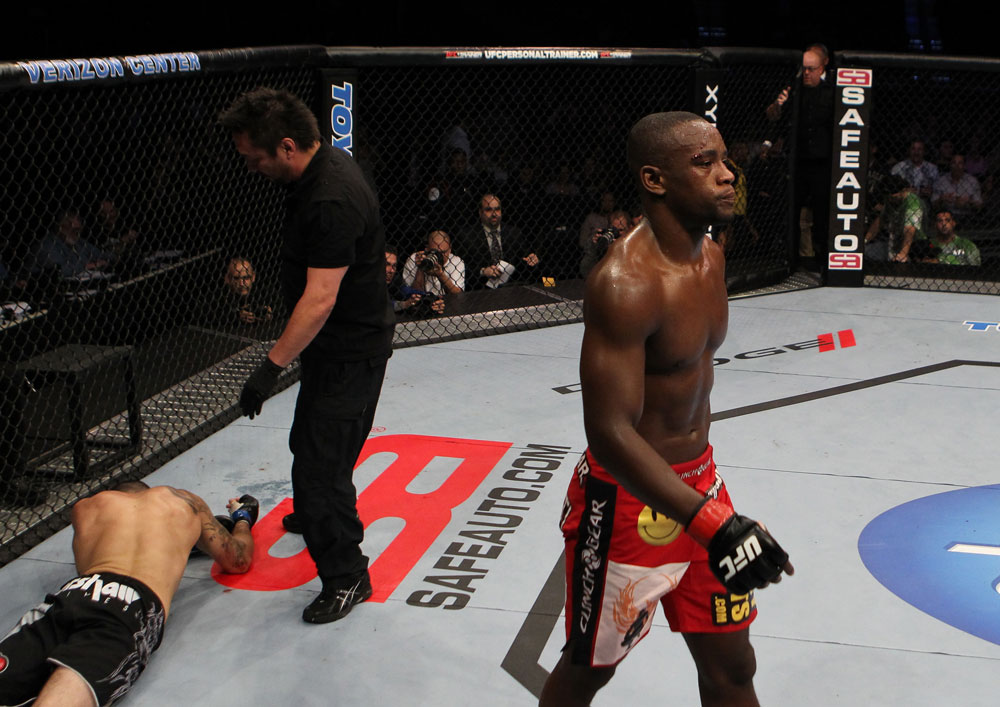 Edwards got his chance to return in March of 2006, but he was upset by Mark Hominick. What followed were a series of bouts everywhere from Las Vegas to Tokyo, Russia to Canada. Simply put, Edwards was a fighter, and fighters fight. It’s that attitude that endeared him to hardcore fans and his peers, all of whom hold the Nassau native in the highest regard, and rightfully so.

But the UFC was always home, and thankfully in 2010 he was brought back to the Octagon and kept there for the final 11 fights of his career. Before that comeback bout in Austin in September of 2010, a win over John Gunderson, we discussed the future, and if a title run was it.

“If you’re doing it for any other reason, you should be doing something else,” Edwards said of winning the world title. “For me, if I’m doing something, I want to be the best at it. If I’m playing Scrabble with my mom and my grandmother and my uncle, I want to win, and they’ve been playing this game for 40-plus years. It doesn’t matter what I’m doing, I always want to win. It’s kind of embarrassing, but I don’t like playing video games with my son because he beats me. (Laughs) I like to win, I’m that kinda guy.”

He was always a realist, so there were never any bold proclamations of what was going to happen in the future or call outs of his peers, but the one thing he would always guarantee is that when the gate closed and the mouthpiece was in, he was going to do everything in his power to give the fans a fight.

“If anybody watches me fight, I want them to have enjoyed the experience,” he said. “I want people to ask Dana (White) or Joe (Silva), if they see them at restaurants or whatever, ‘When’s Yves Edwards gonna fight again?’ To do that, you have to go out there and have exciting fights and once in a while get the flashy knockouts and the creative submissions. I want people to see the best of me and the best skills I have to offer, and when I do those things, it’s when I’m in good shape and not afraid to lose. That’s where my head is at right now, so don’t blink, it’s gonna be a fun time.”

It always was, win or lose. And when I think of Yves Edwards, these three traits will always come to mind: Gentleman. Ambassador. And for a moment in time, the best lightweight on the planet. None of those titles may have a championship belt attached to them, but in a lot of ways, they mean even more.

“Everybody wants to be remembered,” Edwards said in 2005. “I’m not going to be able to do this forever, but while I can I want to burn myself into people’s memories.”