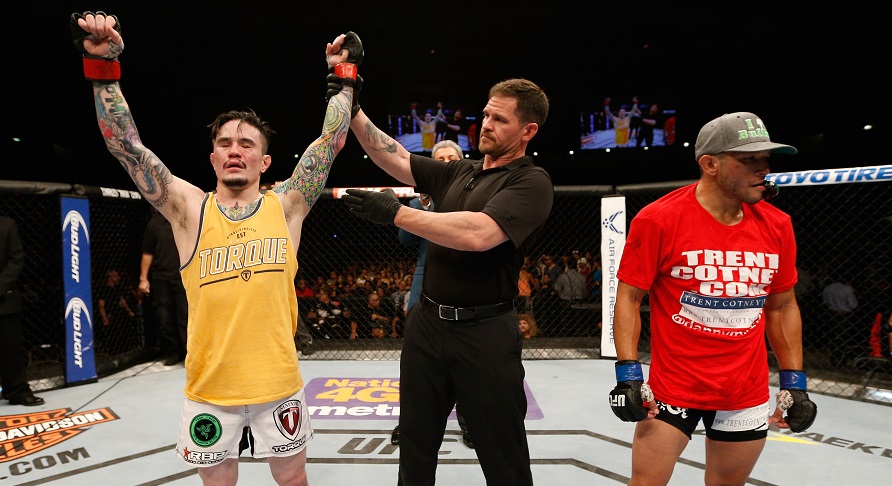 Returning to his bread and butter of wrestling, Jorgensen was rarely threatened in the opening round, dominating the ground game and keeping Martinez’ offense reduced to a couple flurries while the two were standing.

Martinez had better luck in the second, landing shot after shot and dropping Jorgensen with a hard left. “Young Guns” weathered the follow-up storm from Martinez, but “The Gremlin” continued to tag Jorgensen, who was finding it hard to match the success he had in the opening frame. A late rally from the Idaho product ignited the crowd though, and two late takedowns on a tiring Martinez got Jorgensen back in control.

Jorgensen went back to the ground game in the final round, scoring a few takedowns in order to put points on the board and evade Martinez’ stand-up attack. It was enough to keep Martinez from consistently committing to his shots, because when he did, Jorgensen put him on the canvas. Martinez was able to rock Jorgensen in the final minute, but a takedown followed seconds later, leaving the bout for the judges to decide. 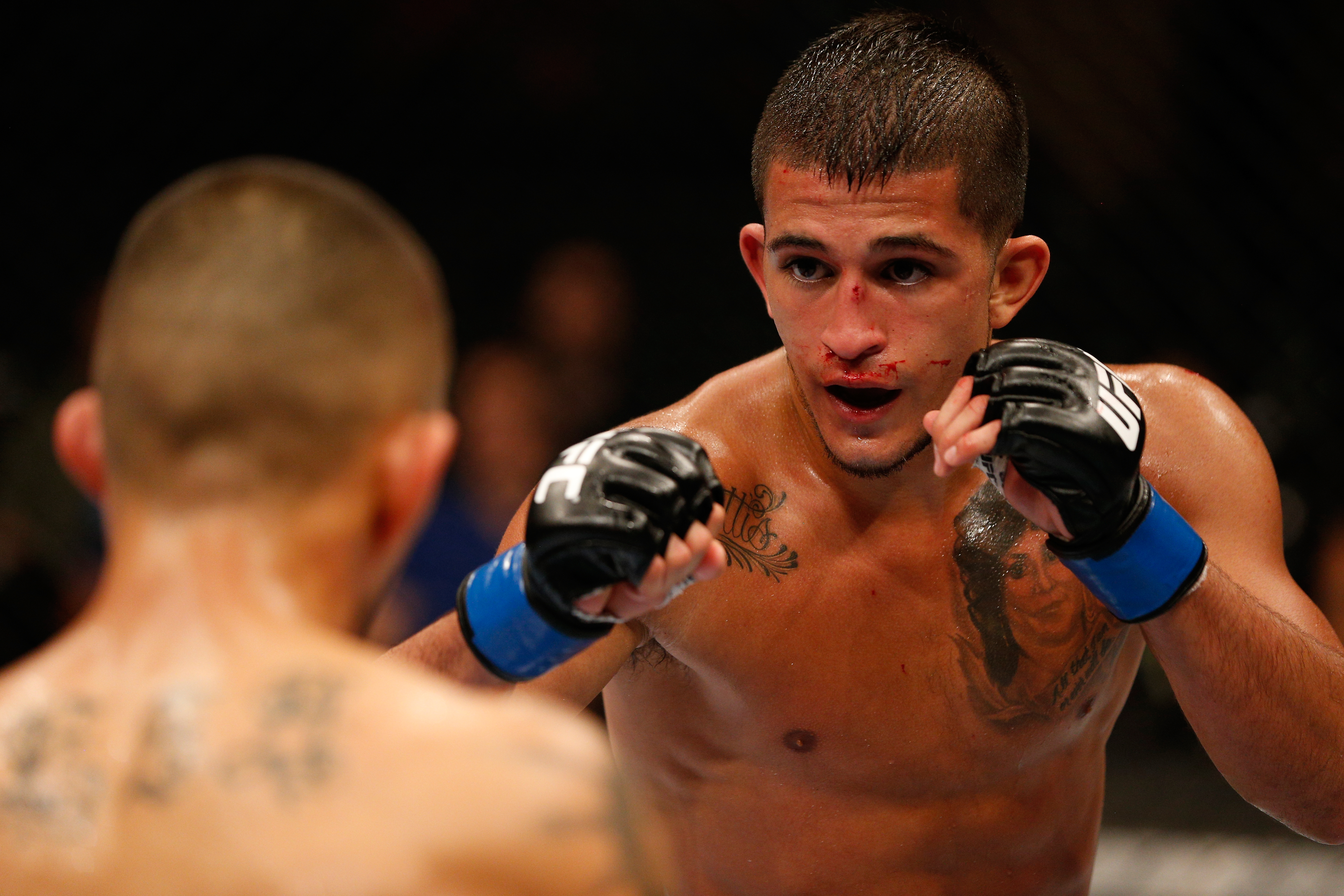 Rising bantamweight star Sergio Pettis bounced back from the first loss of his pro career with a three-round unanimous decision over Yaotzin Meza.

Neither fighter was able to have any consistent offensive success in the opening round, but the busier Pettis got the closest to putting together such a run thanks to a varied array of kicks that kept Meza off-balance.

Nothing changed much in round two, leading the crowd to get restless, but Pettis finally struck big in the final minute, staggering Meza with a kick to the head that was likely enough to earn him the frame.

The third round mimicked the previous two, save for a takedown by Meza in the final minute, but it wasn’t enough for the Arizonan to pull out the win in a fight that the fans weren’t too pleased with. 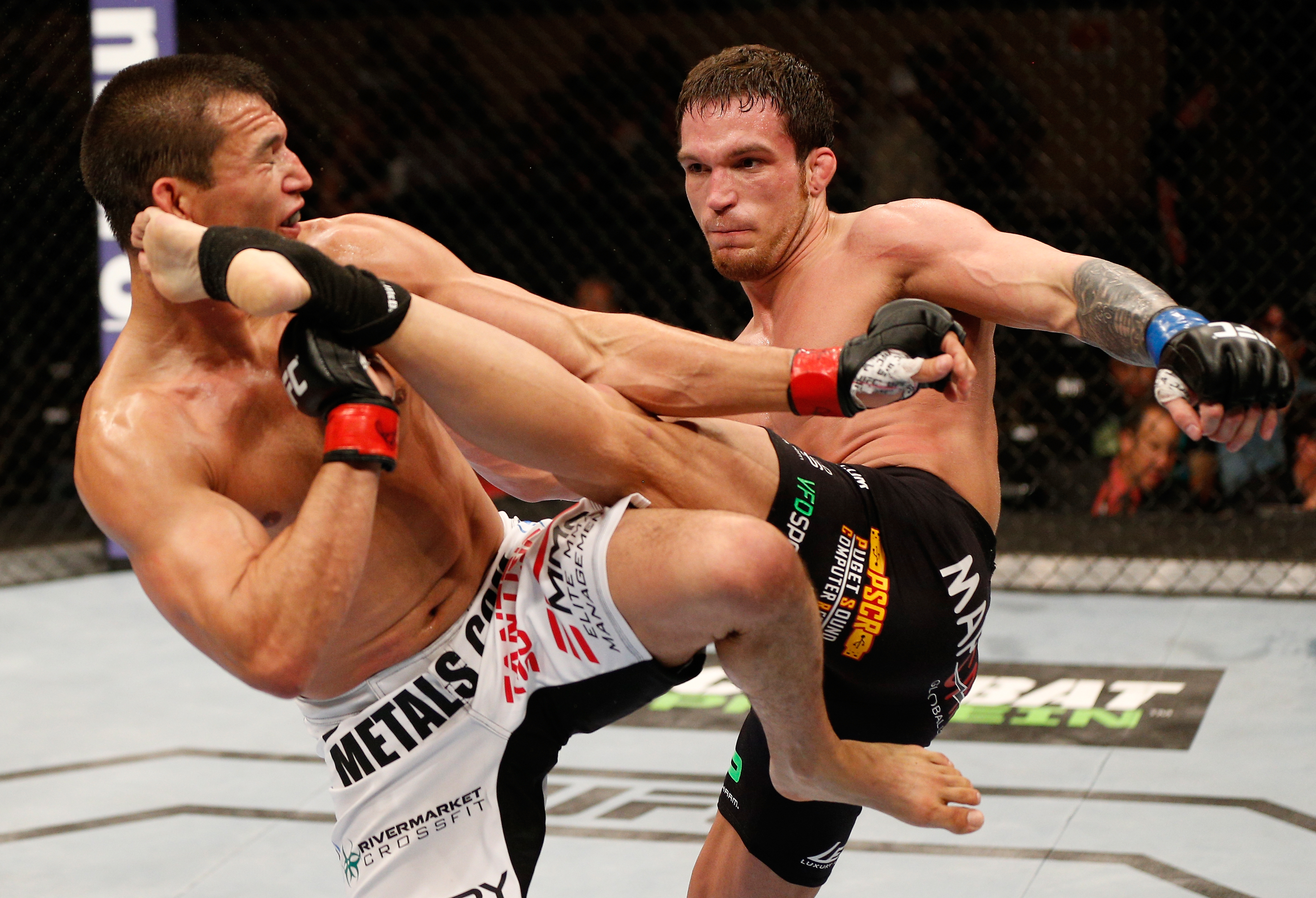 In his first bout in nearly two years, Lance Benoist returned to the Octagon and the win column, taking a three-round unanimous decision over Bobby Voelker in welterweight action.

Benoist looked good in his first round of fighting since September of 2012, staying out of too many exchanges with the hard-hitting Voelker (24-12) but still getting in a series of quick counters before getting the Kansas City product to the mat in the final minute.

Hoping to keep the fight on the mat in round two, Benoist didn’t have much luck, as Voelker landed with punches while standing and even turned the tables in the midst of a takedown attempt by the tiring Benoist, landing on top and keeping the fight there for the rest of the round.

The final round was a battle of attrition, both fighters tired and unable to get their offensive games going. But after a sloppy scramble with a little over two minutes left, Benoist was able to get the mount position and hold it until the closing seconds, capping off the victory. 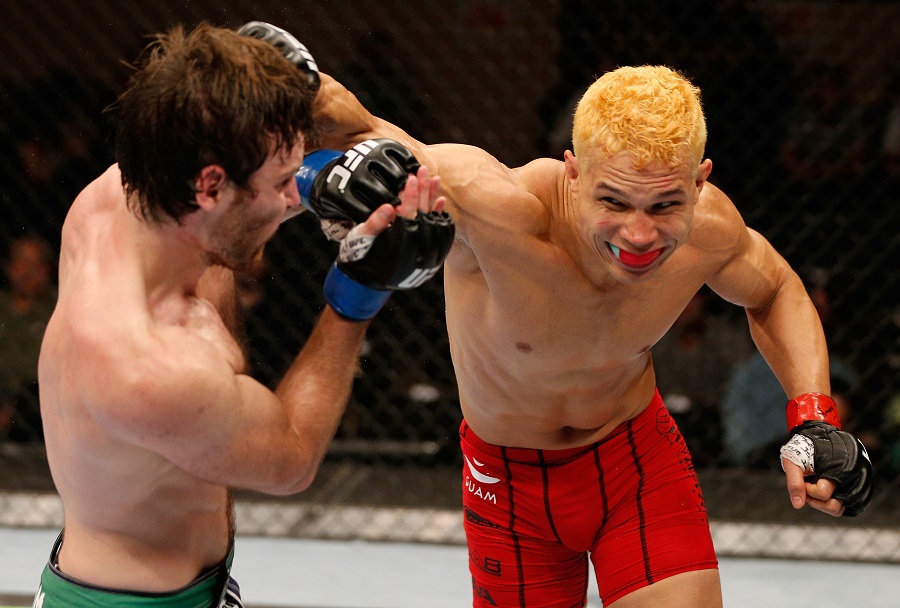 Lightweight up and comer Jon Tuck finished off a solid effort in a non-typical fashion, forcing UFC debutant Jake Lindsey to tap out to a heel kick to the ribs in the third round.

Lindsey showed off solid defense to Tuck’s attacks as the bout opened, at least until a right hand in the second minute rocked him. As the bout strayed to the mat, Tuck tried to finish, but Lindsey got his head clear and made it back to his feet. Midway through the round, Tuck scored with the takedown, but was unable to get his offense in gear thanks to a quick restart by referee Raul Porrata. The rest of the round was fought in the clinch, with neither man pulling ahead in a notable way.

The second stanza was fought on fairly even terms until the final 90 seconds, as Tuck took the fight to the mat and did some effective ground work that likely sealed the round for him.

Tuck struck hard with a right hand to begin round three, using it to set up another takedown. After moving into the mount position, the Guam native looked for a submission, but when that came up empty, he moved on to the next plan of attack, which was to work from the back. It was there that Tuck finished matters, with Lindsey tapping out at 2:47 due to a heel kick to the body. 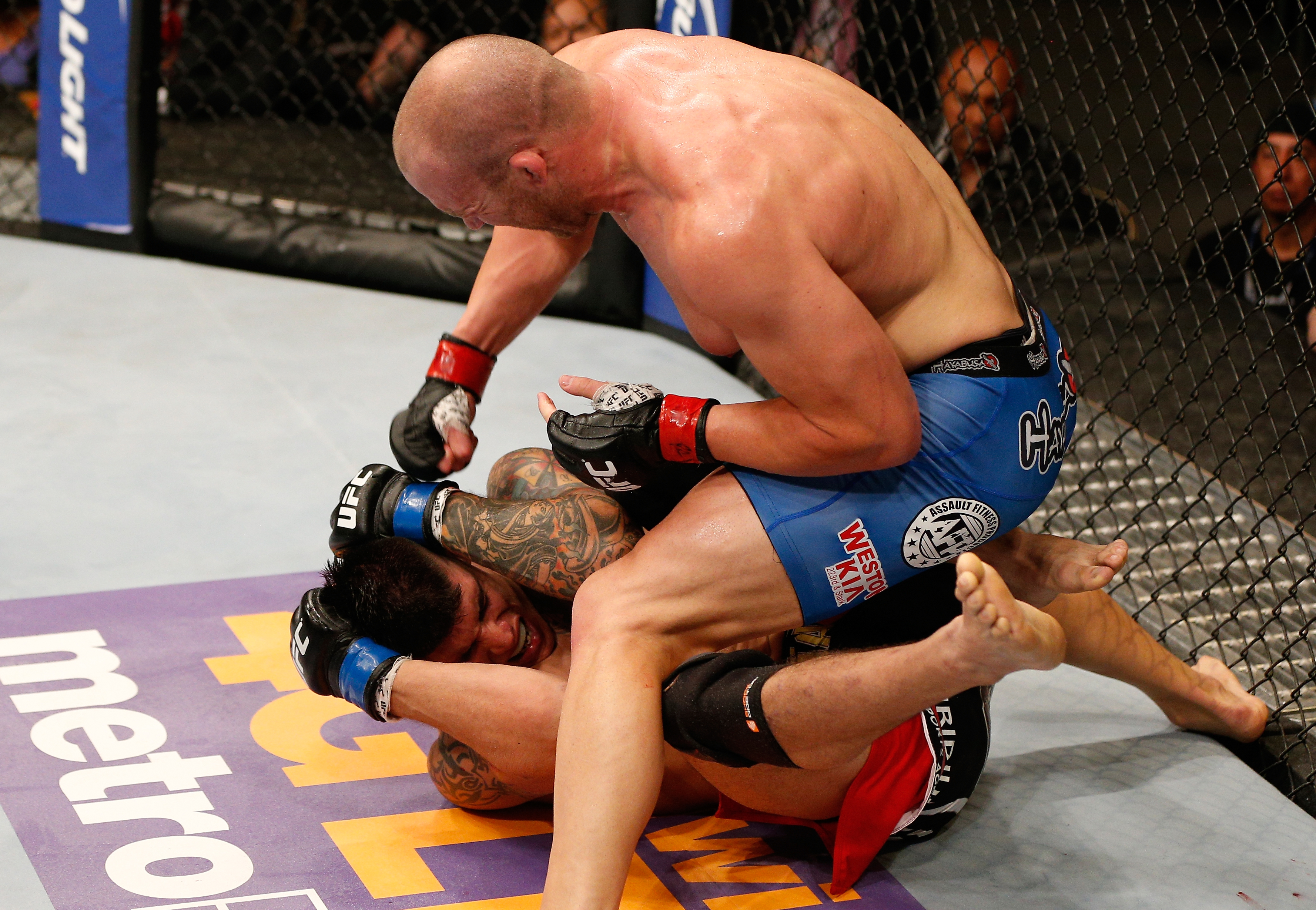 “It feels good,” said Cummins. “I needed to get that first win.”

After some false starts, Cummins was able to get the bout to the mat on two occasions in the opening stanza, working his ground and pound attack effectively while opening a cut over Narvaez’ right eye.

The former Penn State wrestling standout got off to a quicker start in round two, and this time he made it count, firing away with unanswered ground strikes until referee Raul Porrata intervened at 2:28 of the frame.