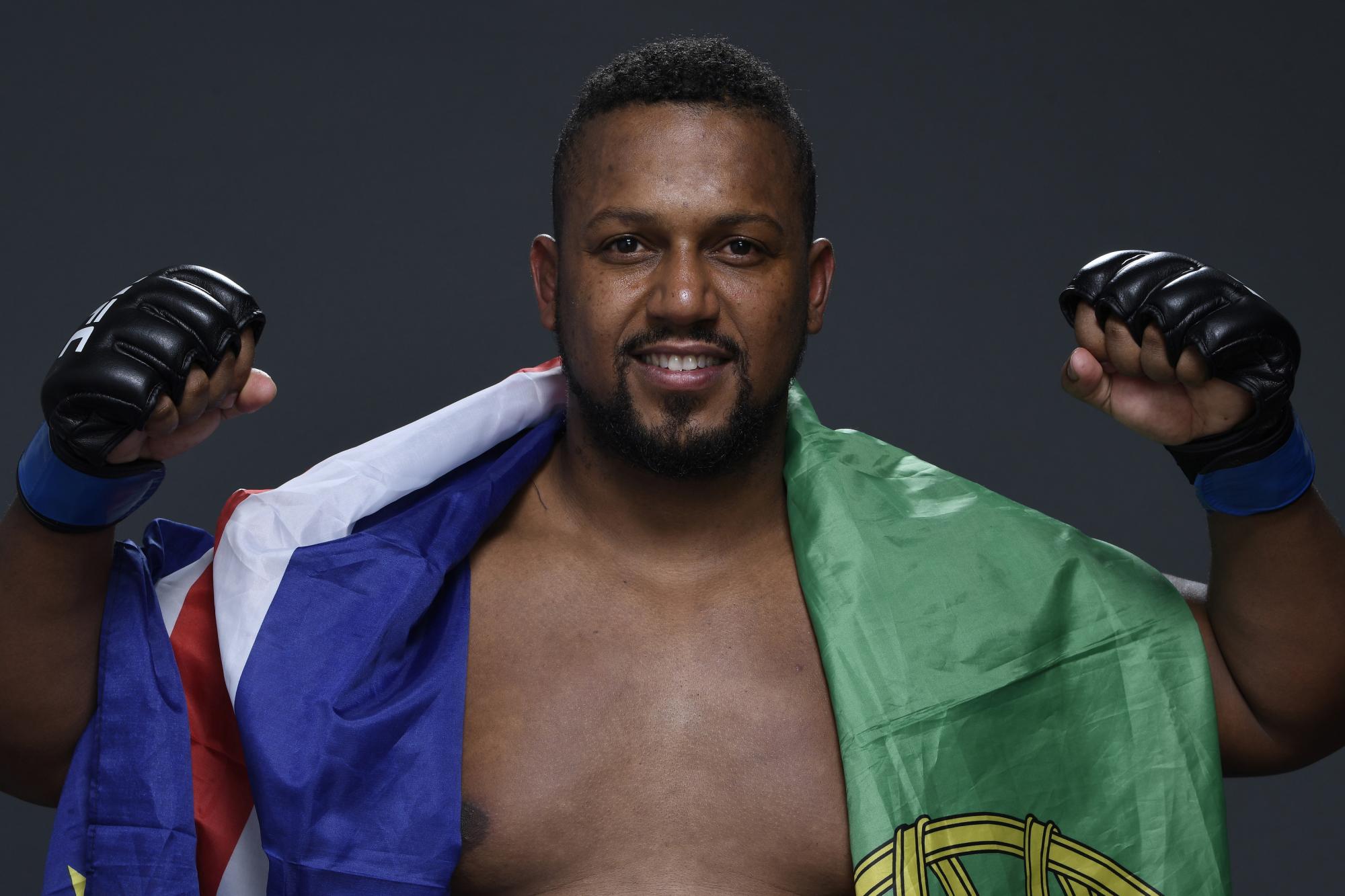 Yorgan De Castro has only been fighting professional MMA for three years and he's not afraid to admit that it's still very much a learning process
By Gavin Porter, on Twitter: @PorterUFCnews • Oct. 1, 2020

Yet once “The Mad Titan” realized his best chance for success was at heavyweight, there was only one thing on De Castro’s mind – food.

“It’s crazy because if you tell me I’m fighting heavyweights that means I’m going to eat everything, so I did it the wrong way. I put on a lot of unnecessary weight, a lot of fat,” De Castro laughs as he tells UFC.com about his desire to become a true heavyweight. “I’m still trying to figure out what is the right way. Is it 250lb, 245lb, 260lb, and should I lift heavy? Do I have to lift like super heavy to be a heavyweight? I’m getting there, so I feel good for this camp, my weight is good, my strength is there but I’m still learning how to go from 205 to heavyweight.”

De Castro and his team believe that “the right way” to be a heavyweight may take some time to discover. In the time being, De Castro is focusing on what he can control and what will help the 33-year-old fighter leave UFC Fight Island with a win over Carlos Felipe.

A win would mean a lot to De Castro, who most recently dropped a decision to Greg Hardy at UFC 249 in May. And while the fight didn’t go the way he expected, De Castro looks at the loss as a learning experience.

“People sometimes seem to forget that I only started my professional career at the end of 2017 and in less than a year and a half I was in the UFC. I’m still learning,” De Castro said. “This is still a learning process and, in that fight [with Hardy], I learned I can’t just come with one gameplan. I have to come with a B and C. The gameplan was perfect, I was doing good in the first round, but then I got hurt and then I stopped fighting, so I take that away from it. I have to come with more things, and I have to put more things together. This is the big leagues and I have to step up.”

There is no doubt in De Castro’s mind that he belongs in the big leagues, fighting the best heavyweights on the planet. The fight against Hardy showed him that he’s not far off and that even though he’s very young in his MMA career, he has the skill set to really compete with the toughest fighters the UFC has to offer.

“I always try to prove myself that I belong in the UFC, that’s my mindset. I’m going to go into fights and prove myself, but man, I belong here; I can fight,” De Castro said. “At the end of the day I know I can fight, I know I can knock people out and I know I can take a punch so yeah, that fight [with Hardy] gave me the extra confidence I need.”

Cape Verde’s De Castro brings that confidence into the UFC Fight Island 4 card, where he finds himself in the co-main event slot on the card. And from traveling to quarantining, there isn’t a single part of the Fight Island experience that De Castro isn’t grateful for.

De Castro is adamant that he is “living the dream” and vows to “pay back” the UFC and UFC President Dana White for the opportunity. He plans to do that by putting on a show that the boss and the world will love.

“[Felipe] is going to come forward and swing for the fences. Perfect matchup for me because I’m going to do exactly the same,” De Castro said when explaining what he expects from his bout with Felipe. “Go in there, give it all, prove that I’m here to stay, that I’m here to bang and that will make me get into the rankings.”

Make sure you tune into UFC Fight Island 4 on ESPN+ at 10:30pm / 7:30pm to see if De Castro can get back into the win column against Felipe.