Years in the making, veteran Wallhead ready for UFC debut 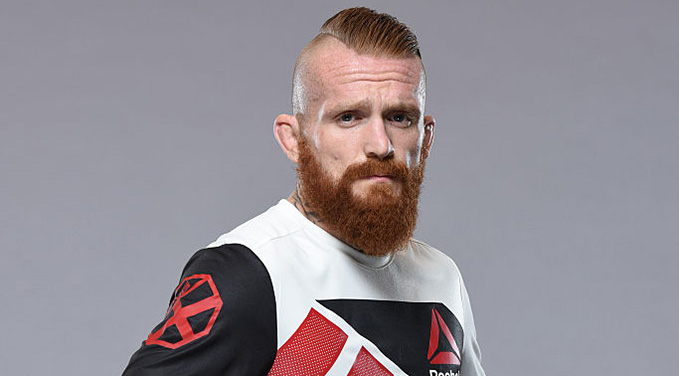 For years, UFC fans heard about Jimmy Wallhead, but never saw him. At least not in the Octagon. That didn’t mean he didn’t exist. It was just that he seemingly operated in a parallel universe, never to cross over into a place where there were video games, network television deals, and worldwide recognition as being one of the best fighters on the planet.

It wasn’t expected to be that way. When the UFC began its concerted effort to bring shows through Europe in 2007, Wallhead was seemingly destined to join the likes of Dan Hardy, Terry Etim, Paul Taylor and Ross Pearson in following Michael Bisping into the Octagon.

At the time of UFC 70, Leicester native Wallhead was 9-4 and coming off a loss to Dennis Siver, but he was about to run off a 12-1 streak that included wins over future UFC fighters Igor Araujo, Ryan Thomas and Che Mills. He didn’t get the call. Even subsequent wins over Frank Trigg and Joey Villasenor left him out of the UFC, and when he suffered a first round knockout at the hands of current prospect Danny Roberts in 2014, he had some choices to make.

“Do I call it a day or do I give it my everything,” Wallhead asked himself. In figuring out the answer to that question, he looked three hours from his home in Loughborough to London. There was the London Shootfighters team, and he found the answer to his question.

“I thought I’ve got to give it everything,” he said. “I’m not done. I’m not done until I fight in the UFC and do well. So the last two and a half years I’ve been commuting to London, sleeping down there, up and down all the time, working around family life and work, and everything’s come together. Now is the time.”

Since that decision, Wallhead has won four in a row, three by knockout. And on Saturday, he makes his UFC debut against fellow debutant Jessin Ayari. He wondered if this moment would ever come, but now that it has, he’s more ready than ever to seize it.

“I don’t know if I ever expected the call,” he said. “But the time’s right, I’ve been in great form the last couple years since joining London Shootfighters, and I genuinely believe in myself and I believed that if I kept winning, it was inevitable. So for me, the time is great. People say it’s been a long time coming, but looking at it, maybe the time was never right. It’s for a reason and I do feel I’m in the greatest place in my career right now, so it’s good enough for me.”

Wallhead admits that he’s had a steady stay on Cloud Nine since he signed with the UFC, and his positive attitude is infectious, especially since many in his situation might be happy, but also a bit bitter about waiting for so long. But Wallhead isn’t entering this fight with a chip on a shoulder or with a desire to prove something to anyone other than himself.

“The reason I hadn’t gotten signed before is because I messed up at times,” he admits. “I messed up at the wrong times in my career and I don’t think I’ve ever been a hundred percent ready for it mentally. I am now; I have been for the last two years. If I came earlier, maybe I would have been a flash in the pan. But now, I believe I’m gonna be there and I want to see out my career with the UFC.”

Yet as happy as Wallhead is, his legion of fans might be even happier, and that’s something that keeps him motivated before the biggest fight of his career.

“I’ve always known I’ve had a real strong fanbase in the UK,” he said. “People have called me the people’s champion for years, and there’s a buzz, and I’m feeling it and I’m enjoying it. I’m fighting for the fans’ support and I want to excite them. I want to put on shows, I want to make money, I want to do it all. And that support means the world to me.”

This could end up being the feel good story of British MMA in 2016, and the best part of it is that while Wallhead has been fighting professionally since 2005, he’s still only 32. That makes him a dangerous new addition to the UFC welterweight division because not only does he have the skill and determination to succeed, he’s got the experience as well.

“It has been a long journey, and through all the ups and downs, I’ve got a lot of experience and you can’t get that overnight,” he said. “I know how to fight and I’ve been in every situation possible. I’ve won fights in so many ways and lost fights in every way possible. Mentally, I’m ready, and physically, I’m ready. I am coming into my prime. In my head, I’ve still got a few more years in the tank. And when I’m seeing myself continuing to improve, it’s all good.”

What could be better? A win on Saturday night and then maybe, just maybe, he’ll ask for a spot on October’s card in Manchester.

“A hundred percent,” he laughs. “I want to be a company man. I’m not overlooking this opponent. He is my only focus. But if I get through unscathed and do well, Manchester. Sweet. Belfast. Sweet. I’ll do them all.”