Matt Frevola searched long and hard for answers after his seven-second knockout loss to Terrance McKinney last June. Finally, it came to him. It just wasn’t his night.

“The only thing I could come up with is that Terrance threw the best two punches of his life that night and the stars aligned for him and he got me,” said Frevola. “He seems like a good kid, so good for him. That's it.”

It’s as classy a statement as you’ll hear from a fighter after a loss that has been replayed countless times to celebrate the emergence of McKinney. Yet as “T.Wrecks” gets celebrated, it’s often forgotten that there’s a human being on the other side of the highlight reel. 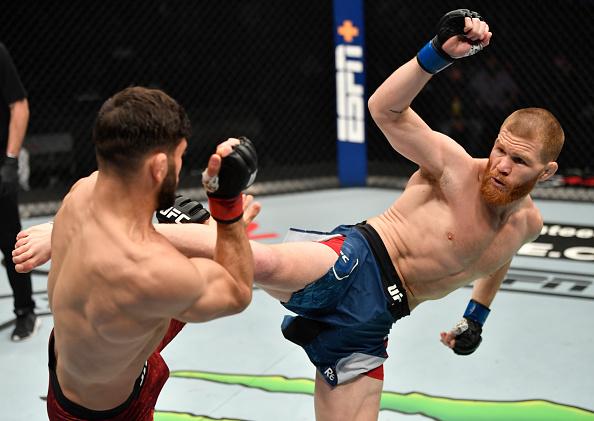 But Frevola has moved on, ready to return this weekend against Genaro Valdez at UFC 270 in Anaheim. The Long Islander has had to rebound from losses before and he’s done so in style. But yeah, the McKinney defeat stung a little more than the others.

“That one, for sure, was way harder,” he said. “When I fought Arman and lost to Arman (Tsarukyan), that was a good three-round fight. I at least got to go in there and fight. I got to use my weapons to go out there and fight him. Against Terrance, I didn't even get to fight him. He went out there and he finished me quick, I didn't get to do anything and that was the hardest part. I was in great shape, I was a hundred percent prepared, but I didn't even really get to fight. That's definitely tougher.”

Again, it’s a testament to Frevola’s class that he isn’t washing away the defeat as a lucky punch or anything of the sort. Most would say getting a quick loss like that is easier on the psyche because you can blame it on a million things. Frevola isn’t that guy, though.

“I understand that way of thinking about it, but I was bummed that I didn't get to fight or show anything and that was the worst part about it,” he said. “Every time I step into that Octagon, I like to put on a display of all my hard work and all my technique and my years of training and I didn't get to display anything and that was tough for me to sit with after that. But best believe that's gonna be my first call-out after every win after this because I need to get that one back. We need to run that one back eventually, but right now, I'm focused on this next fight coming up and putting on a great fight.” 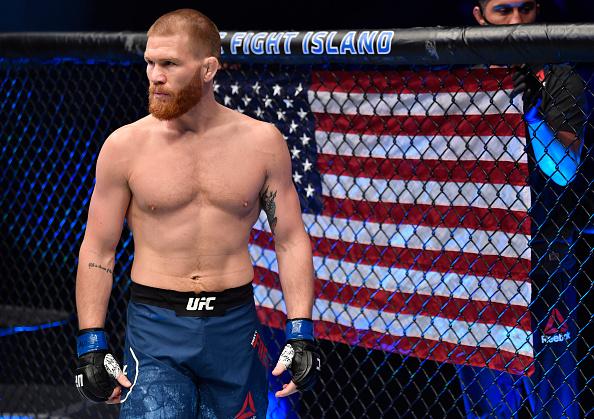 And with that, Frevola moved on. As soon as the fight was over, he got down to the business of marrying his lady, Billie, which he did in September. After that, it was a little honeymoon to Italy and Africa’s Seychelles Islands, and as the newlyweds’ trip wound down, Frevola got news of a fight with his name on it.

“And we got back to work,” said the 31-year-old, who is tasked with handing Mexico’s Valdez his first pro loss. And though the two have similar pro experience, with Valdez checking in at 10-0 and Frevola at 8-3-1, the UFC experience edge is vast on the side of “The SteamRolla,” and he knows it.

“It's crazy - this is my seventh UFC fight, so just the Octagon experience and going through the whole fight week, it feels normal now,” he said. “I've gone through it, I've done this many times and I feel at home in the UFC. So it's definitely gonna play a big part.”

Not so much that he’s dismissing Valdez, who earned his UFC contract on Dana White’s Contender Series last October. But he does know what it’s like coming off that show and stepping into the fire without really knowing what’s in store. How? He’s been there.

“He is undefeated, so I know he's gonna have that attitude and that feeling like he can't be beat,” said Frevola. “I remember when I was undefeated going into the UFC. I felt untouchable. I walked into the Octagon for the first time undefeated, thinking I was just gonna go in there and do what I always do, and I got caught and I got finished. So I know what he's feeling. He's feeling like he can't be stopped, and I'm gonna wake him up and give him a reality check, just like when I got to the UFC and got that reality check myself.” 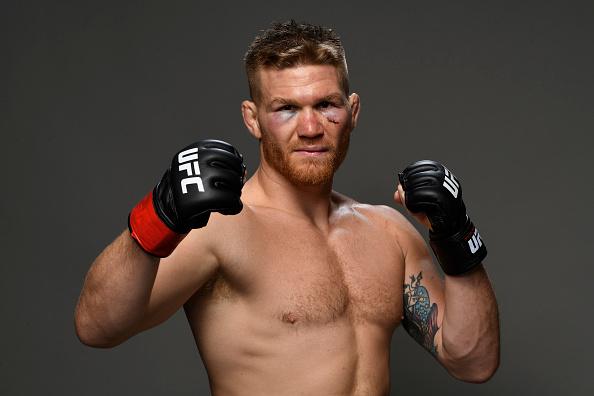 Matt Frevola poses for a portrait backstage during the UFC Fight Night event at Amalie Arena on October 12, 2019 in Tampa, Florida. (Photo by Mike Roach/Zuffa LLC)

Frevola’s 2017 win over Luke Flores on DWCS was followed by a stunning knockout loss to Marco Polo Reyes, but he went on to go 2-0-1 in his next three before his recent defeats to Tsarukyan and McKinney. Again, no excuses from the man in the Octagon, but he did go through a bizarre turn of opponent changes before both losses. But as far as he’s concerned, the past is the past, and he’s confident that Valdez will be the one standing across from him on fight night.

“A lot of people have been saying that to me,” he laughs. “They're like, 'Just make sure this guy makes it to the fight.' But I always do what I need to do. I prepare myself for anything. That's why throughout 2021 I was okay with those opponent switches because I knew I was ready; I knew I was good to go. It didn't work out for me, but I was prepared, and that's what I'm gonna do for this fight. I'm gonna be a hundred percent prepared, and whether it's him that I'm fighting or somebody else, I'll be ready to go. That's all I can do.”

And all it will take is a win on Saturday to make 2021 a distant memory.