"My focus now has a name and he is called Thiago Marreta. This is the only thing that matters to me now." - Cezar "Mutante" Ferreira 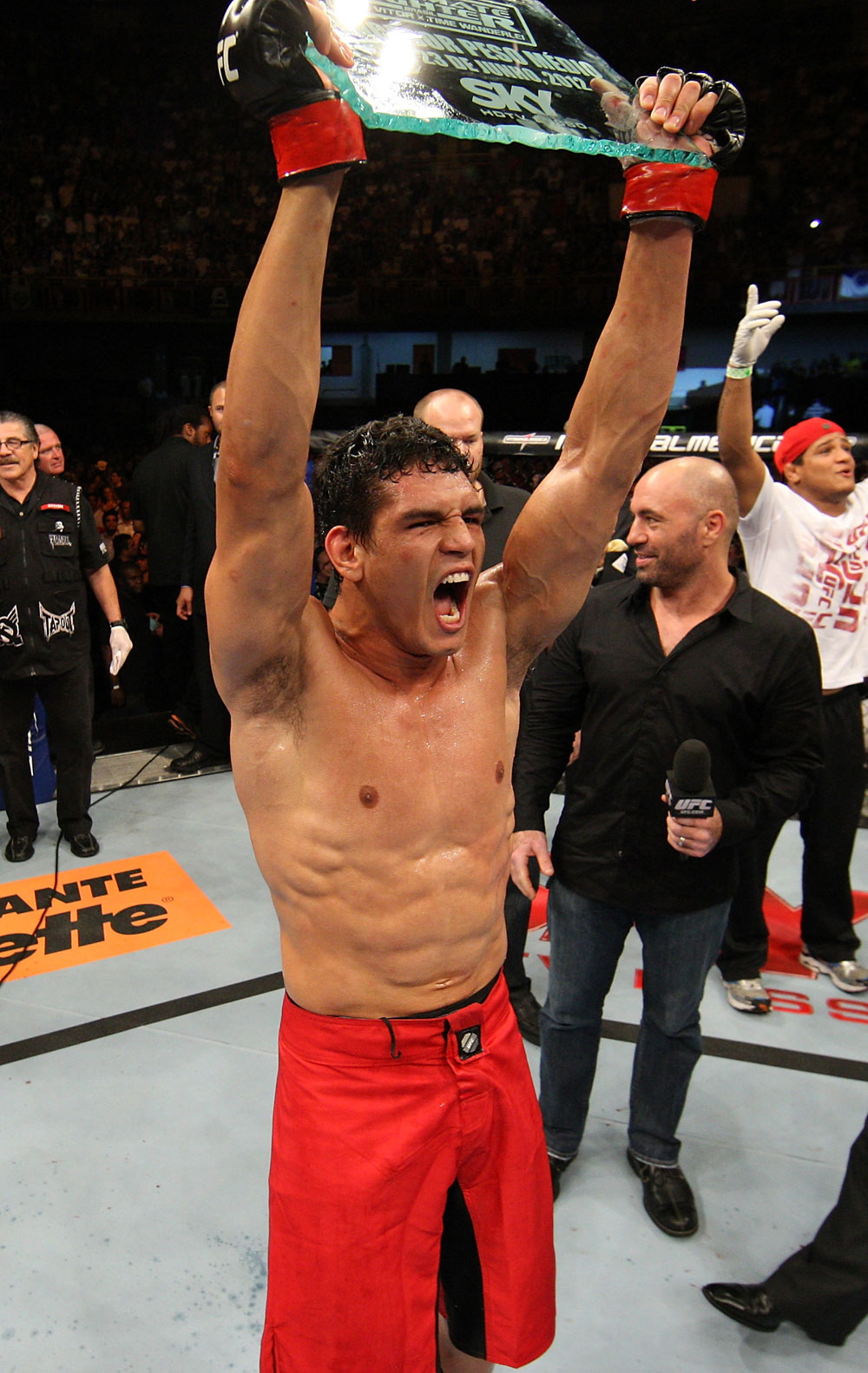 Former UFC light heavyweight champion and current middleweight contender Vitor Belfort isn’t just one of the top fighters in the world; he apparently has a keen eye for talent, which was evident when he met a teenager from Sao Paulo named Cezar Ferreira and took him under his wing.

11 years after that meeting, Ferreira, nicknamed “Mutante,” is an Ultimate Fighter Brazil winner, owner of six pro MMA victories, and a young man finally about to make his post-TUF UFC debut against Thiago “Marreta” Santos this Saturday in Rio de Janeiro.

And if you ask the 28-year-old about “The Phenom,” it’s obvious the respect and admiration he has for his mentor.

“I’ve known Vitor since I was 17 years old and we’ve trained together ever since,” said Ferreira. “I have a lot of admiration for him in several ways; not only as an athlete but as the person that he is.”

Ferreira’s association with Belfort meant that when the UFC star coached season one of The Ultimate Fighter Brazil in 2012, “Mutante” was his first pick, and the middleweight prospect rewarded his coach’s faith with three consecutive finishes and a berth in the finals. And though he didn’t face the other finalist, Daniel Sarafian, due to injury, he was able to defeat replacement foe Sergio Moraes to take the season crown. Unfortunately, injuries have halted Ferreira’s progress as well, keeping him sidelined since June of 2012.

“It was a difficult period, but God knows everything for sure and he has better plans for my life,” he said. “The important thing is that now I'm back, stronger than an animal.”

Working with Belfort in South Florida with the Blackzilians team, Ferreira has not been idle once give the green light to resume training, and he promises to be even better than the last time UFC fans got a look at him.

“You will see a new Cezar ‘Mutante,’” he said. “I learned a lot here with the Blackzilians with Henri (Hooft), Kenny Monday, and all my coaches.”

Ferreira’s return doesn’t come without a glitch though, as an original UFC 163 matchup with TUF 17’s Clint Hester hit the skids after a Hester injury. In steps Ferreira’s countryman Thiago “Marreta” Santos, but he is unbothered by the late switch of opponents.

“Here I train in the best team with the best coaches and the best athletes, so it does not change anything for me. I'm ready for anyone. I've seen him fight, and he is strong and has good kicks, but he is predictable. I already know everything he will do.”

That kind of confidence is hard to beat, and when you throw talent into the mix, well, you know the rest. It makes you want to ask the question no fighter wants to hear about what’s next, with a possible name included, because I don’t know about you, but I’d love to see the real TUF Brazil 1 finale between Ferreira and Sarafian come to fruition.

“My focus now has a name and he is called Thiago Marreta,” said Ferreira, who promises a faster, stronger, and more technical fighter this Saturday. “This is the only thing that matters to me now. After that, I’ll think about who I would like to face.”

Lessons from a Phenom learned well.