Yasuhiro Urushitani - Ready for His Second UFC Go Round

"I am going to show that Japan has good lighter weight fighters by showing a devastating KO." - Yasuhiro Urushitani 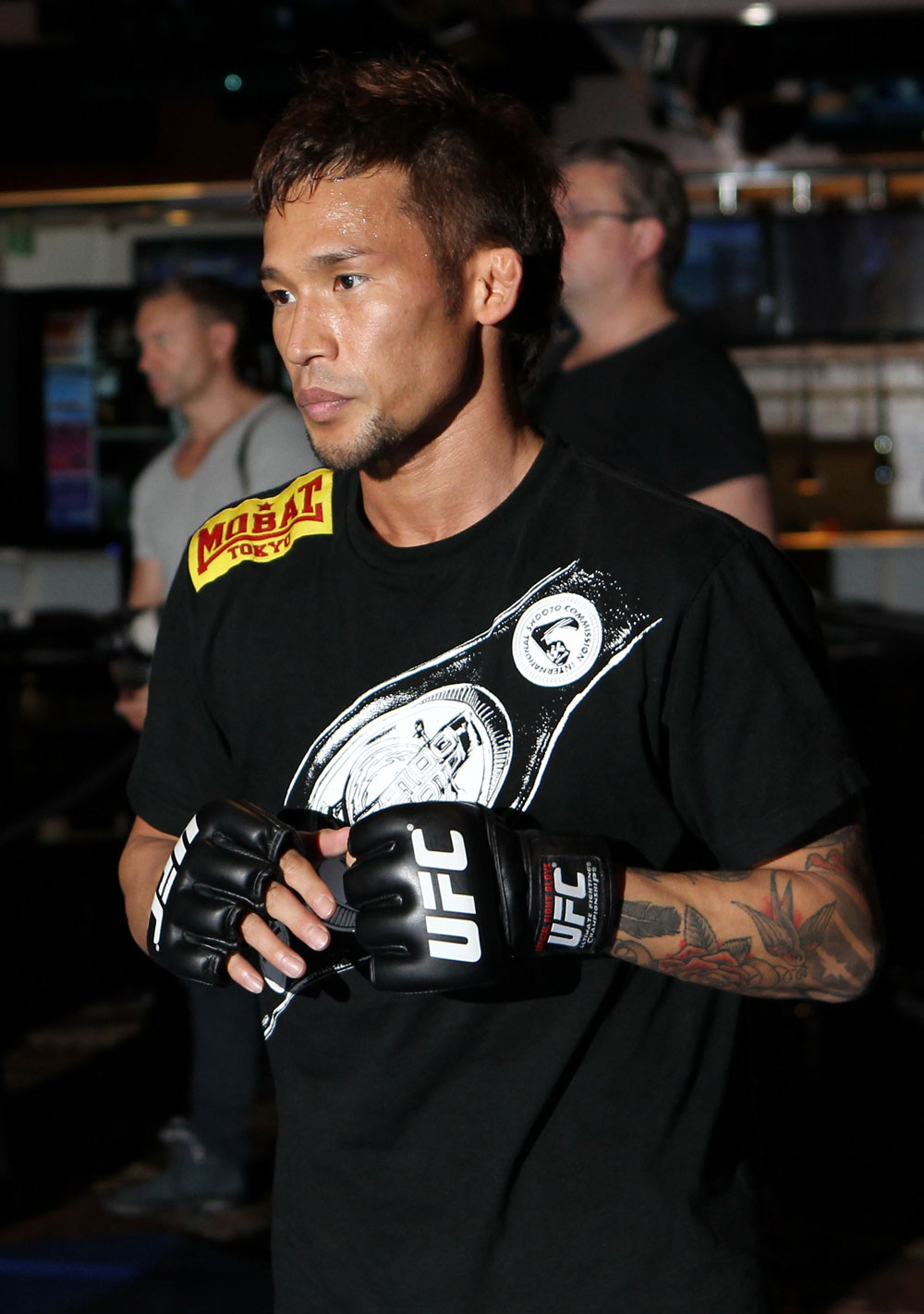 At a certain point, you learn that in life you have to sometimes just let things go. UFC flyweight Yasuhiro Urushitani, 36, has seemingly reached that point. He’s put nearly 12 years into a pro mixed martial arts career that began in 2001, and though he lost his first UFC fight to Joseph Benavidez via second round TKO in March, the Japanese veteran knows that dwelling on it won’t serve any good.

So when asked how he dealt with losing for the first time since 2008, all he had to say through translator / manager Gen Isono was “I was not wondering why I lost. I just felt I needed to do more, so I started my training right after I got back to Japan.”

That’s a seasoned competitor right there. Yeah, he was fighting under the bright lights of the UFC, doing it outside of his country after not traveling abroad to compete in nearly six years, and he got caught by a shot few saw coming, but it really doesn’t matter now. He will elaborate on his first Octagon fight and experience though.

“I had never competed in such a huge event, and I did not get used to the atmosphere,” said Urushitani. “Also, that was just my second fight in a foreign country (he fought in South Korea in 2006) and I did not know how I should prepare for the different environment. But in any aspect of the game, he (Benavidez) was better than me. There was a mistake in my game plan and Benavidez was good enough to take advantage of it.”

The defeat was just the fifth of Urushitani’s career, with 19 wins and six draws filling out his fighting resume. It’s been a long journey for him, but he has no regrets about leaving a prestigious job at a food company back home to chase after his MMA dreams.

“After I wrestled in high school and the university, I was working for a company, but I made the decision (to fight in MMA) when I quit working.”

He was 23 at the time, and his intention was just to “start some sport.” 13 years later, he’s still here and considered one of the top 125-pound fighters in the world. But at the time, his family wasn’t too happy with his new choice of vocation.

“As you can imagine, my family was opposed while my friends respected my decision,” said Urushitani. “I was working at one of what we call first-rate companies, so my parents said I would not need to do such a thing.”

As he found out, he did need to, and he’s never looked back, fighting and beating quality fighters like John Dodson, Robson Moura, Mamoru Yamaguchi, and Daniel Lima. But if you ask him where he currently stands in the UFC’s flyweight division, he’s not really sure yet.

“Well, I fought against one of the top guys, but I have never fought any middle ranked fighters yet, so I do not know the answer to that question and don’t know the bottom line at this moment.”

He does know that he’s found himself in the thick of one exciting weight class, as evidenced by the recent title fight between Demetrious Johnson and Benavidez.

“I was simply astounded,” said Urushitani. “They kept moving for five rounds and they were on a different level which my past opponents were on.”

This Saturday, the Ehime native may see his future more clearly after the dust settles from his fight with John Lineker in Macao. It’s a bout that was originally scheduled for the scrapped UFC 151 card in Las Vegas, and he was impressed with the Brazilian’s brawl with Louis Gaudinot earlier this year.

“First of all, it was a very exciting fight,” he said. “But I am sure if I had fought in the fight against Lineker, it would not have gone in that way.”

And though Urushitani admits that close quarters action with the fast-handed Lineker may be an issue, he has no doubt what the final result will be.

“Most Japanese fighters are suffering to make good results in the Octagon except (Yushin) Okami,” he said. “I am going to show that Japan has good lighter weight fighters by showing a devastating KO.”