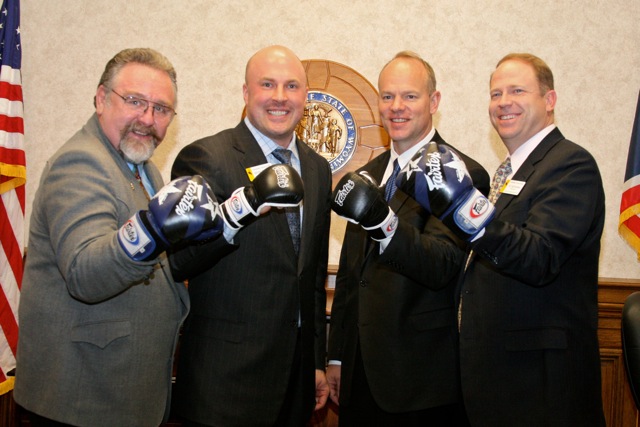 The bill, sponsored by Representative Bryan Pedersen, had been unanimously approved by both the state's Senate and House of Representatives.

The bill outlines the creation of a state mixed martial arts board to oversee and regulate MMA matches.

MMA was not previously illegal in Wyoming, but because it was unregulated, bouts held there were not recognized by other states or on fighters' official records.

Shown above from left to right are Senator Kit Jennings, Pedersen, Mead and Speaker of the House Ed Buchanan shortly after Mead signed the bill.