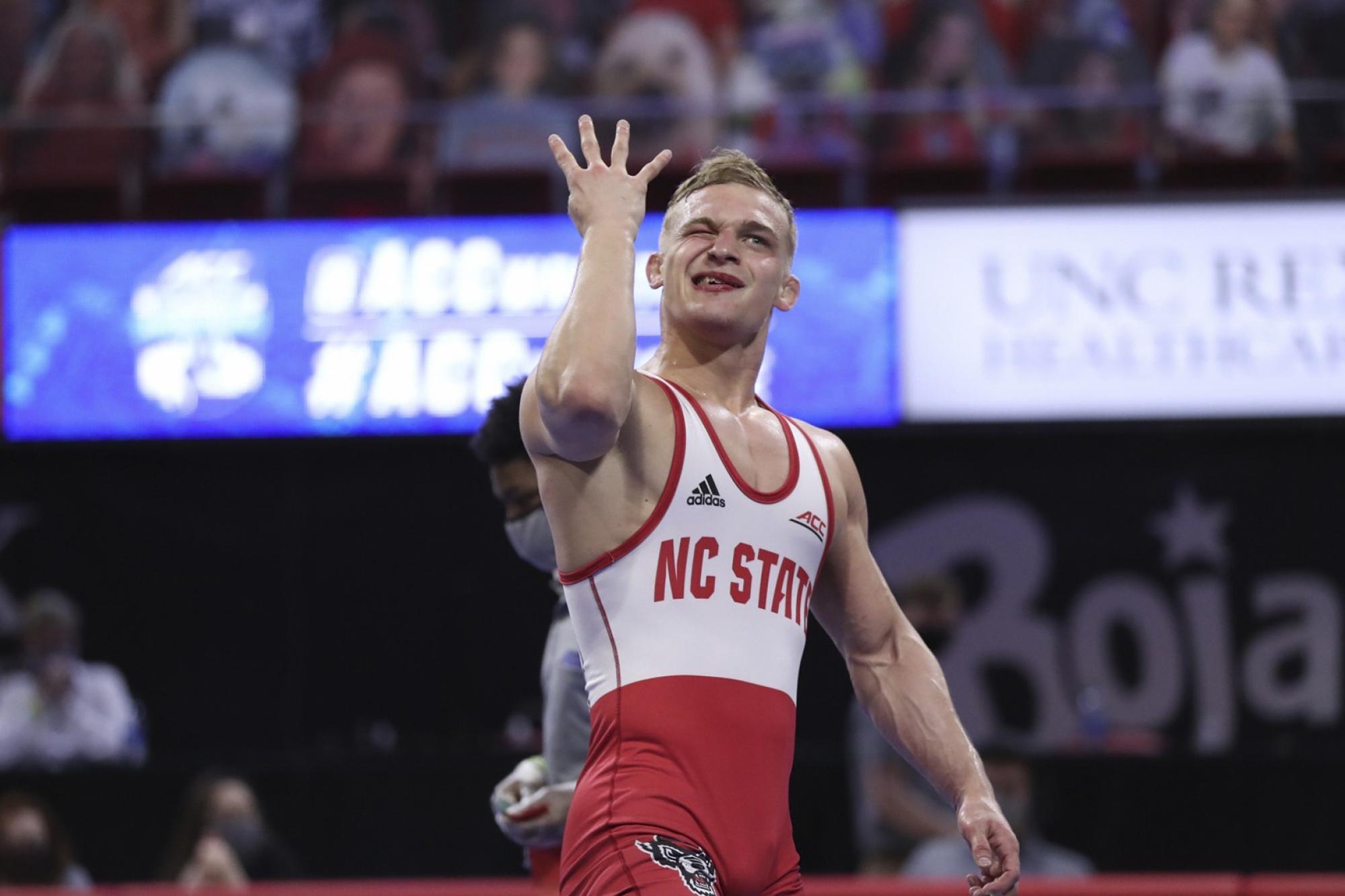 Wrangle In The Wild: A Hidlay Brothers Production

Not since the Lauzon brothers in the front yard have two brothers had a small town so excited to watch them go at it.

Hayden and Trent Hidlay just may be the next big thing in the world of combat sports promotions.

The brothers, 24 and 22 years old, respectively, have nearly all of Lewistown, Pennsylvania ready to explode for the first ever Wrangle in the Wild wrestling event.

People have been talking about the gambling implications on #WrangleInTheWild… for that we bring in wrestling odds expert Brock Hite. How do you set the line @sockobuw? Is Team Hayden or Team Trent the favorite leading up to the event? pic.twitter.com/K5ZGRESjiv

With youth matches also slated for the event, the brothers are finally ready to put on the event they had talked about for a while but were never able to. One shift of the rules in NCAA sports led the brothers to their first event.

“It’s something we planned a while ago and then with the new NIL (Names, Images, Likeness) rules it gives us a chance to promote it a little bit,” Trent said. “It’s definitely cool. It’s a low scale production but it’s something that’s being done for the first time in our county and there’s really not many things like this that happen in wrestling because when people finish wrestling they kind of never put the shoes on again.”

The rules may clearly dictate that the event is simply to give back to the wrestlers of the Lewistown area, but both Trent and Hayden fully anticipate the match to become very serious very quickly. After all, similar to boxing, you can’t “play wrestling.”

One ill-advised venture into 100% effort is bound to take the match from friendly exhibition to temporary rage.

Big thanks to Nittany Paper and Smeltz & Aumiller Real Estate for helping us put our crazy idea into reality. Less than two weeks out, can you believe it?!?! Wrangle in the Wild is heating up 🔥 pic.twitter.com/ahqwqIpv48

“I think that’ll happen about two seconds into the match,” Hayden laughed. “It happens all the time in practice. Everything is fun and games until you shake hands and then your wrestling instincts kick in and it’s kind of like, ‘I don’t care who this is, I’ve got to do my best.’ That’s how we are as competitors. It’s not going to be a gimmick. That’s what some people might think, but we’re going to go out there and wrestle a full match and it’s not a gimmick at all.”

Fighters On The Rise At UFC 265: Lewis vs Gane

The small town has already rallied around the event. Well into the triple digits, attendance will surely make up for what local sponsors couldn’t come up with and hopefully a little extra.

The hope isn’t for the event to make money; it’s to give former wrestlers another chance to compete because outside of the NCAA and the Olympics, the world of wrestling is a bare market.

R-So. Trent Hidlay entered his 1st NCAA Championships as the #2 seed. In his first bout, he scored his first bonus point win of the year, a 17-2 tech fall over #31 seed Reyes of Oregon State.#PackMentality // #DoubleDown pic.twitter.com/GnA0xSjU5P

Both Trent and Hayden are still full-time students, so the chances of Wrangle in the Wild becoming a regular event are slim but, at the moment, both see the potential to move into a bigger venue and host the event once a year.

The future is an impossible thing to predict and one day Wrangle in the Wild may be on UFC FIGHT PASS, but for now you’ll have to make the trip to Central Pennsylvania to catch the NC State wrestlers in action.