Work Still To Be Done For Darren Stewart

Darren Stewart is enjoying a nice run in the UFC right now, but even he knows there is still more left to do on the table
By Thomas Gerbasi, on Twitter: @TGerbasi • Sep. 15, 2020

It took over six years and 18 fights, but Darren Stewart finally got a submission win in a pro mixed martial arts fight, surprising perhaps everyone but the man himself.

“It was great,” said Stewart of forcing Maki Pitolo to tap out to a guillotine choke on August 8. “But I always had it in the bag; it was just the world never knew.”

They know now, so what else is in the bag of “The Dentist”? Could we see a flying armbar from him as he returns to the UFC Apex in Las Vegas this weekend to face Kevin Holland? 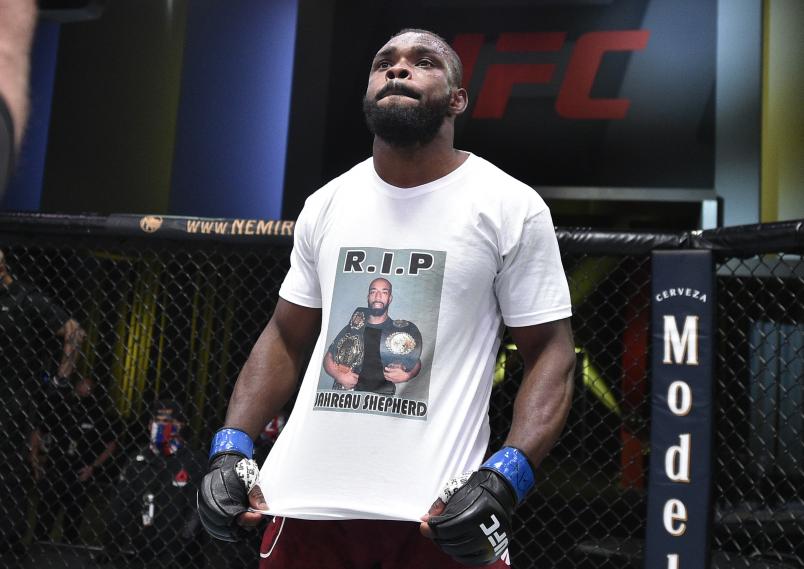 LAS VEGAS, NEVADA - AUGUST 08: Darren Stewart of England reacts after his submission victory over Maki Pitolo in their middleweight fight during the UFC Fight Night event at UFC APEX on August 08, 2020 in Las Vegas, Nevada. (Photo by Chris Unger/Zuffa LLC)

LAS VEGAS, NEVADA - AUGUST 08: Darren Stewart of England reacts after his submission victory over Maki Pitolo in their middleweight fight during the UFC Fight Night event at UFC APEX on August 08, 2020 in Las Vegas, Nevada. (Photo by Chris Unger/Zuffa LLC

MORE FROM UFC VEGAS 11: Fight by Fight Preview | Fighters On The Rise | Free Fights: Covington vs Lawler | Woodley vs Till

At this point in 2020, nothing would be too shocking, and while Stewart has been catching a groove as of late, winning three of his last four, he doesn’t see himself to be a finished product just yet.

“No, I don’t think so,” said the London native. “There’s a lot more work to do, to be honest, and during a time like this, for me it’s all about performing and getting my money. Not winning not losing, not bothering about records or careers, just fight and get my money.”

Sometimes that’s the best way to go about your business; just put your head down, go to work and get paid. In the COVID-19 era, that’s been the key to success for a host of fighters who are taking advantage of the opportunities presented by the UFC during a time when no one knows what’s going to happen next in terms of the health crisis. What fighters like Stewart do know, though, is that if they want to fight, they’ll get a fight.

And Stewart wants to fight, with his bout against Holland, who he describes as “cool and a good fighter,” his third of the year. Three fights a year has been the norm for the 29-year-old for a long time, with 2019 being the first time since his first year in the pros that he didn’t compete at least three times. That work ethic is important for his kids – and other young people around the globe – to see, but what they really should be paying attention to is Stewart’s resilience and ability to bounce back from an 0-3, 1 NC start to his UFC career. 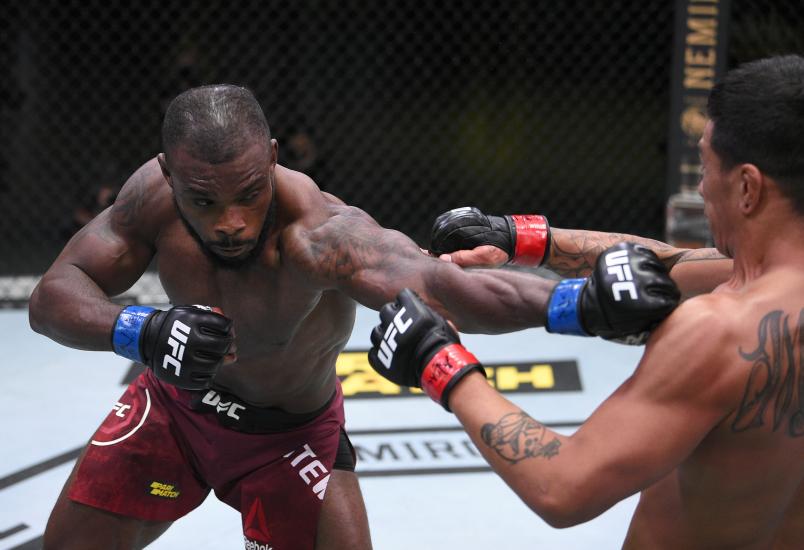 “It was very frustrating,” he said. “To the point I nearly gave up fighting. But I stayed positive mentally because of the people around me.”

When he finally got into the UFC win column in May 2018 with a Performance of the Night stoppage of Eric Spicely, Stewart couldn’t hide the emotions of the moment, and why would he? He made it past obstacles that would have leveled other people, fighting and fighting until he reached the place he wanted to be. That’s a lesson right there.

“It’s very important because the kids of this generation aren’t like my generation and they need serious guidance,” said Stewart. “And if my story and my journey can help give that to them, then I’m happy to help.”

As for those submissions and flying armbars, Stewart is ready to do what’s necessary to beat Holland, but listening to his plans for this weekend, let’s just say his ground game is not Plan A.

“Expect a fight, which I always bring,” he said. “I’m not scared of no one. There will be no running about business. You knock me out or I knock you out.”