Woodley: There Is Nothing Till Can Do In This Fight 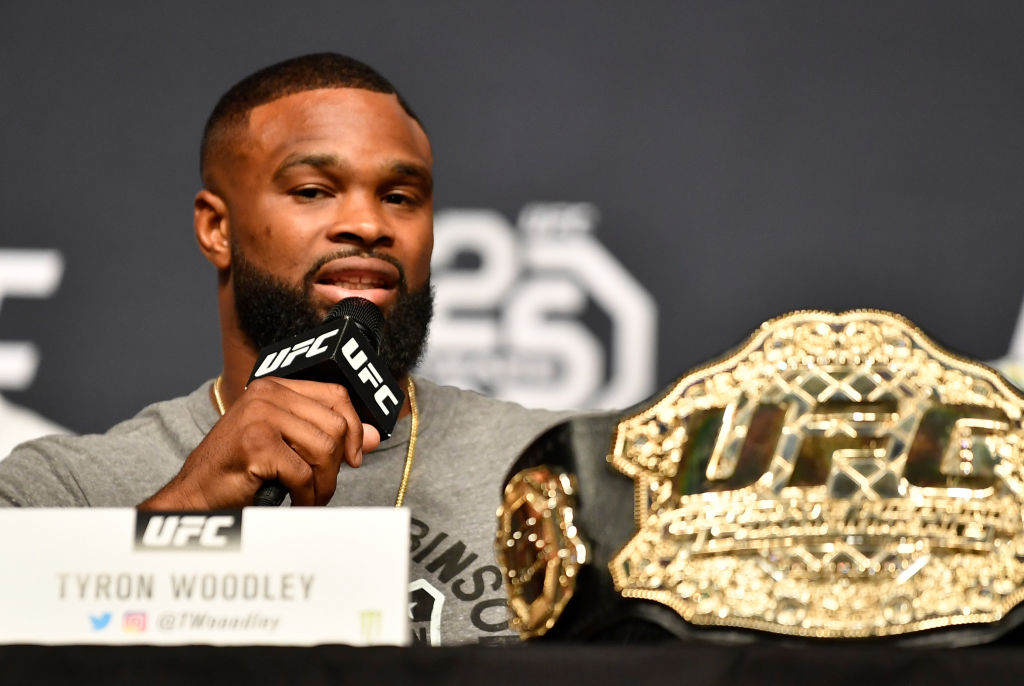 Ahead of a huge bout, most fighters boast of being relaxed, excited or ready. Few (if any) admit to nerves or second thoughts. But when it comes to UFC welterweight champion Tyron Woodley, the man exudes a level of serenity that would make a monk blush. Crafted over a career that has stopped-cold some of the biggest names in the division, Woodley’s reflective, unruffled confidence is perhaps as lethal a weapon as his wrestling. We sat down with him as he readies himself for his fourth title defense against Darren Till Saturday at UFC 228 in Dallas.
UFC: Thinking back to the welterweight division a decade ago, you’re the self-described “Last of the Mohicans.” Not only did the division look different back then, but you could argue the sport looked different too. What have` been the biggest changes you’ve seen?
TW: The new influx fighters are all the ones that watched the sport and wanted to get a piece of all the fame and the prestige. They aren’t necessarily the grinders and the workers. They want to watch a technique or a move, go out there and try it a few times, and then they think they have it. I think the sport in general has curved to where it’s part sport, part entertainment. Sometimes we see the entertainment aspect of it outshine the actual sport aspect. I’ve been blessed to stay around and capitalize on both.
I’m still a hard worker. To this day, I’m adding new weapons to my arsenal, which you’ll see on Saturday. I’m constantly trying to evolve as a fighter and as a person in general, and that mindset has put me in a position where the young fighters won’t get their fame off of me; won’t get the veteran that they can knock off, because I prepared to fight those guys eight years ago.
UFC: Speaking of that, there are indeed a few guys out there wanting to build their name off of you. Is that annoying or is it flattering?
TW: The key word is “try.” You can try to win the lottery, but that doesn’t mean it’s going to happen. These young fighters have one or two things they do well, and I just happen to do those things great. I’m a better striker than Darren Till. I’m a better wrestler. A better grappler. I’m more explosive than him. I’m faster than him. I’ve been in more wars than him, and I’ve fought way higher-level competition than he has. My experience meter is through the roof and my IQ is maybe one of the best in the sport.

"These young fighters have one or two things they do well, and I just happen to do those things great." The champ @TWooodley talks about the upcoming fighters trying to make a name off of him. #UFC228 pic.twitter.com/yk33K3wI5R
— UFC News (@UFCNews) September 5, 2018

When you think about what these younger fighters bring: they bring hunger, they bring desire. If you don’t prepare for that, if you don’t train for their x-factor or that variable that they possess, then none of that stuff will make a difference. You can have all the skill and experience in the world, but if a kid is hungrier than you and wants it more than you, you can get knocked off. I’m equipped for everything. I’m excited about this fight. I’m relaxed. I did all the work. I’m in great shape and ready to get it on.
RELATED: UFC Minute - Welterweight Division Resurgence
UFC: Is it accurate to say you see a bit of yourself in Darren Till?
TW: Yeah. You know I stayed in this very same hotel when I fought Carlos Condit. I had to beg for that fight. I called and texted Dana [White] so much he was like “quit texting me!” I was a young fighter, new to the UFC, and I wanted it so bad, and he was the person I had to get to in order to get it. I was staying in this hotel, and I went out there and took out the striker that nobody thought I could out-strike. I went out there and proved the world wrong. I know what [Till] possesses, and I know what he’s saying he actually means, but I don’t need someone to be scared of me to lose. I’ve done this walk many, many times, and I know how to fight this fight. 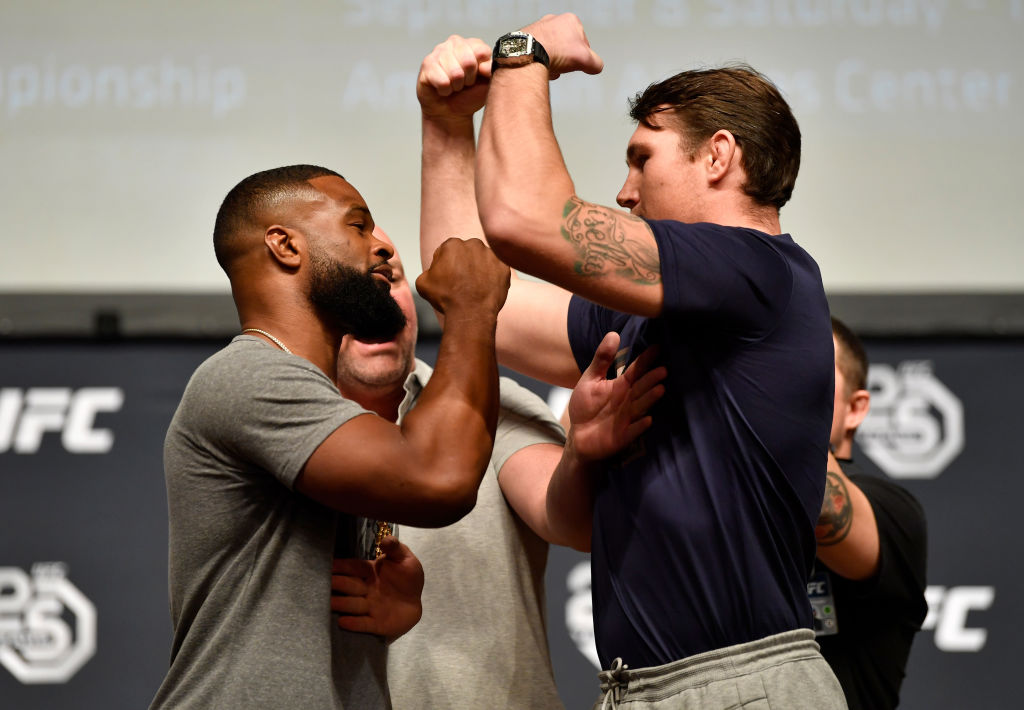 UFC: Till’s coach has said he thinks they’ll encounter an older, slower Tyron Woodley. Why is that not the case?
TW: Ask my coaches and ask my training partners if they’ve caught that older, slower fighter. I’m still faster than the whole division. Name me one person that’s faster. Name me one person that’s more explosive; it’s not even close. If I’m slower today, I’m still faster than him. If they’re banking on that, that’s as stupid as me banking on him missing weight. [Till’s coach] has to do what he has to do to give his fighter confidence.
UFC: It’s well known that you can beat a fighter in his own style. What kind of style do you see in Darren Till?
TW: He’s a pressure fighter. He comes forward. He’s a front-leader. If he can hit you and bully you and put you on the end of his punches, then he’ll dictate that range. If he hits you with a shot, he’ll come in hard and he’ll come in to finish. A striker who will take those risks has to be willing to open himself up to take those risks. I’m the same way, I’ve got to be willing to open myself up, but I think I’m better at capitalizing on my opponent’s mistakes than he is. There is nothing he can do in this fight. I don’t care if he worked out with Cael Sanderson, Dan Gable, Royce Gracie…if he brought back the greatest from the grave, he can’t compile that kind of knowledge in six weeks. His coach can’t get in there. The UK can’t get in there. Liverpool can’t jump in there. All the boos, they yells, the cheers, the Gorillas…he has to fight me. They all think they want something until they’re locked in that Octagon, and he’s gonna see.
Steve Latrell is a digital producer and writer for UFC.com. Follow him on Twitter at @TheUFSteve