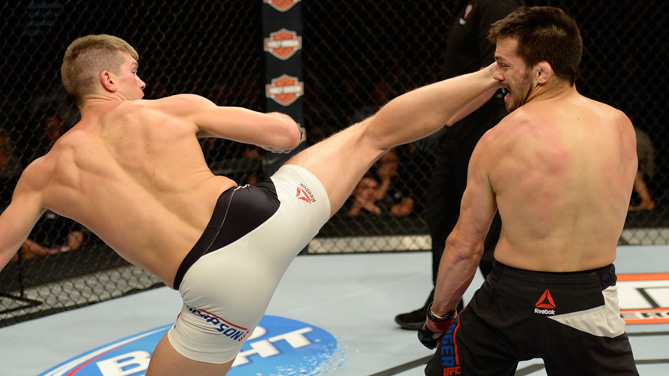 “I put on a show and we definitely want to do it again,” Thompson said. “Give me that top ten.” 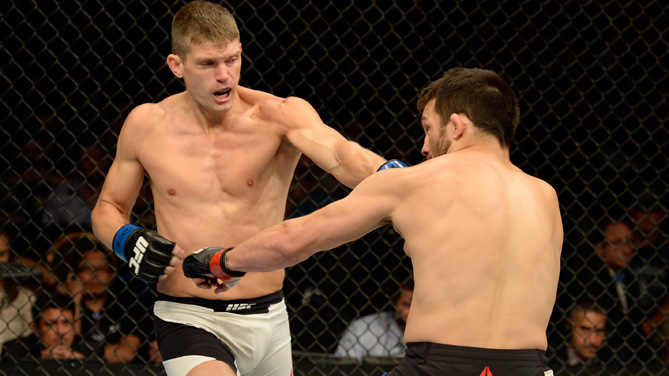 Thompson used his range well as the first round began, firing off kicks and then nailing Ellenberger with a stiff left punch. A thudding right in the second minute dropped Thompson and evened the score, forcing “Wonderboy” into a clinch against the fence. After a brief spell there, the two broke, and while Ellenberger followed with a takedown, Thompson reversed position and took his opponent’s back. With under two minutes left, the two rose and Thompson landed several hard strikes before dropping Ellenberger with a picture perfect spinning kick to the head. Remarkably, Ellenberger survived the shot, but after getting to his feet, Thompson nailed him with the same kick. This time, there would be no comeback, with referee John McCarthy stopping the bout at 4:29 of the opening round.

“He was standing in front of me, not doing a whole lot of movement,” Thompson said. “I heard my head coach, Ray Thompson, my father, tell me to spin. So I spun. I knew I hit him on top of the head the first time. He told me to do it again because he was still dazed, and it landed.”