Wonderboy, Theodorou train with stars from The CW's Arrow

Worlds collided in Vancouver this week when fighters Stephen Thompson and Elias Theodorou met up with members of the cast of Arrow on The CW for a training session.

Katie Cassidy, Emily Bett Rickards and Echo Kellum received striking lessons from Thompson and Theodorou and in exchange they showed the fighters how to throw and receive strikes when shooting a scene on camera.

Both camps picked up on the lessons quickly.

“The mitt work was awesome. They are very fast learners,” Thompson said. “Actors have to learn very quick and you can tell when you come in here and do something like mitt work. I almost wonder why they’re not fighting.” 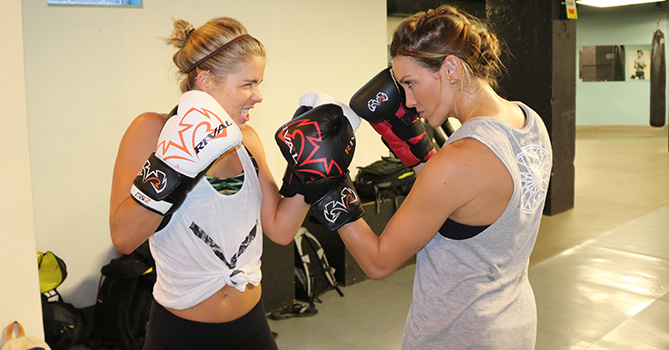 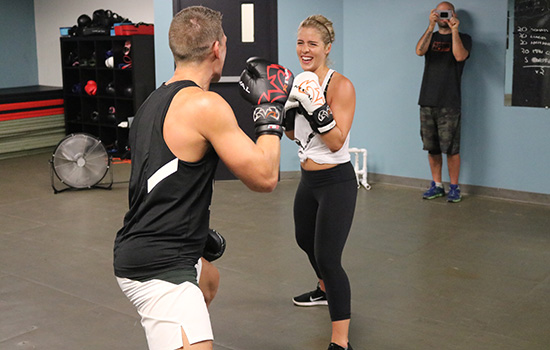 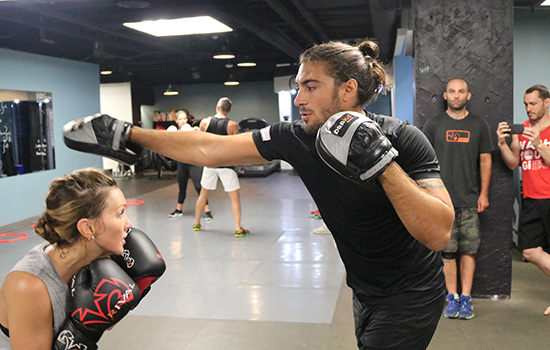 Bett Rickards made it through the training but by the end of training she was thrilled for a water break.

“We did a lot of hitting and I didn’t get a bruise on the face, so I’m feeling pretty good about that,” she said. “We did some punching combos, I was holding pads for the first time and my arms kind of feel like jelly.”

Arrow is entering its fifth season and Cassidy, known as the Black Canary on screen, is a certified bad ass superhero alongside Stephen Amill, who plays the Arrow.

Cassidy was thrilled with the training session and said she sometimes wonders what it would like to be a fighter. But she is happy with her day job.

All in all it was a memorable day.