Where We Stand: Women's Featherweight Division

Amanda Nunes hasn't defended her featherweight belt since taking it from Cris Cyborg, but Felicia Spencer and Megan Anderson have made their case.
By Zac Pacleb, on Twitter @ZacPacleb • Mar. 30, 2020

As the UFC continues to build the women’s featherweight division, the 145-pound class lacks an official rankings list, with Megan Anderson and Felicia Spencer the only established contenders under champion Amanda Nunes. Nunes made it clear that she wanted to defend her belt – the last of the old championship belts – for some time, and Spencer is set to challenge “The Lioness” at UFC 250 next month, putting the spotlight on a division we break down here today.

Next fight: vs Felicia Spencer @ UFC 250

Outlook: Nearly a year-and-a-half has passed since Amanda Nunes stunned the world and knocked out Cris Cyborg at UFC 232 to become the promotion’s third double-champ. For the 51 seconds we got to see Nunes at 145 pounds, she threw down with one of the most intimidating fighters to step into the Octagon and made quick work of her. Disposing of such a feared opponent isn’t totally foreign territory for Nunes, though. Her other first-minute finish in the Octagon came against Ronda Rousey. While she waited for the featherweight picture to gain clarity, Nunes successfully defended her bantamweight belt against Holly Holm and Germaine de Randamie, coincidentally two women who once fought each other for the inaugural featherweight belt. Now, Nunes is on a collision course with Felicia Spencer, who gave Cyborg a tough go of it in the Brazilian’s last UFC bout. If Nunes retain the belt, she’ll become the second double-champ to defend both belts successfully. 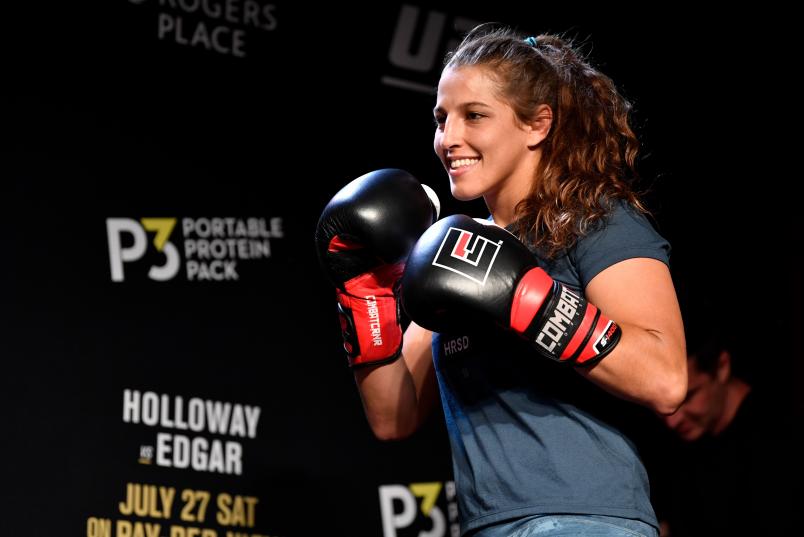 Outlook: Felicia Spencer announced herself as a force to be reckoned with when she submitted Megan Anderson in the first round of her UFC debut last May. Since then, she pushed Cris Cyborg to a decision while showing she could take a punch and keep on coming. It was an impressive performance, albeit in a losing effort, for the Canadian. And when she returned to action in Norfolk, she was back in dominant form, scoring a TKO victory over Zarah Fairn that also earned her the next shot at Amanda Nunes. Between her sturdy chin and acumen on the ground, it’ll be interesting to see how Nunes chooses to approach the fight and how Spencer presses the action. With credentials on the feet and on the mat, it could prove to be a fun first featherweight title defense for Nunes and a chance for Spencer to shock the world. 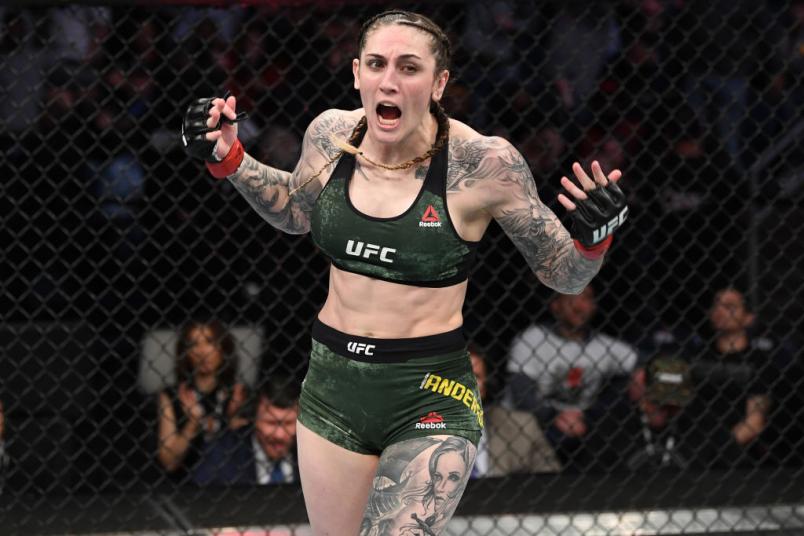 Outlook: When Megan Anderson fell to Felicia Spencer in May of 2019, the former Invcita FC featherweight champion made some changes to her training. From a shifted approach in strength and conditioning to an open communication with her coaches, Anderson put herself in a better headspace and reaped the rewards of those changes. First, she secured her first submission win in the UFC when she put Zarah Fairn in a triangle choke at UFC 243. The bout was also Anderson’s first one in her home country of Australia in five years. She followed that up with an emphatic knockout of Norma Dumont in Norfolk, making her the only fighter in the division who has a winning streak at 145 pounds. Even so, Felicia Spencer got the next title shot, but Anderson mentioned after her last fight that she would like to return to the Octagon again if the UFC heads to Australia or Kansas City in the near future. She is a curious matchup with Nunes strictly because of her one-punch power, and as they say, it only takes one.

Outlook: With the featherweight ranks as thin as they currently are, the search for other contenders forces one to dip into the bantamweight ranks. Germaine de Randamie and Holly Holm fought it out for the original featherweight belt in 2017, but both women fell to Amanda Nunes in their quest for the 135-pound belt, which complicates things if either sees a return to the weight class. Macy Chiasson won her season of The Ultimate Fighter at featherweight before immediately moving down to 135 pounds, but she could potentially find a fast-track to a title shot if she decides to move back up to the weight class.