Veteran bantamweight contender Eddie Wineland continued his surge Saturday at Golden 1 Center in Sacramento, making it two knockout wins in a row with a first round finish of Japan’s Takeya Mizugaki.

Mizugaki timed his striking well early, catching Wineland as he darted in and out. Wineland was undaunted though, and with two minutes left, he struck, dropping Mizugaki with a clean right hand. Mizugaki got up immediately, but after a second right hand put him on the deck, referee Edward Collantes had seen enough, halting the bout at 3:04 of the opening frame. 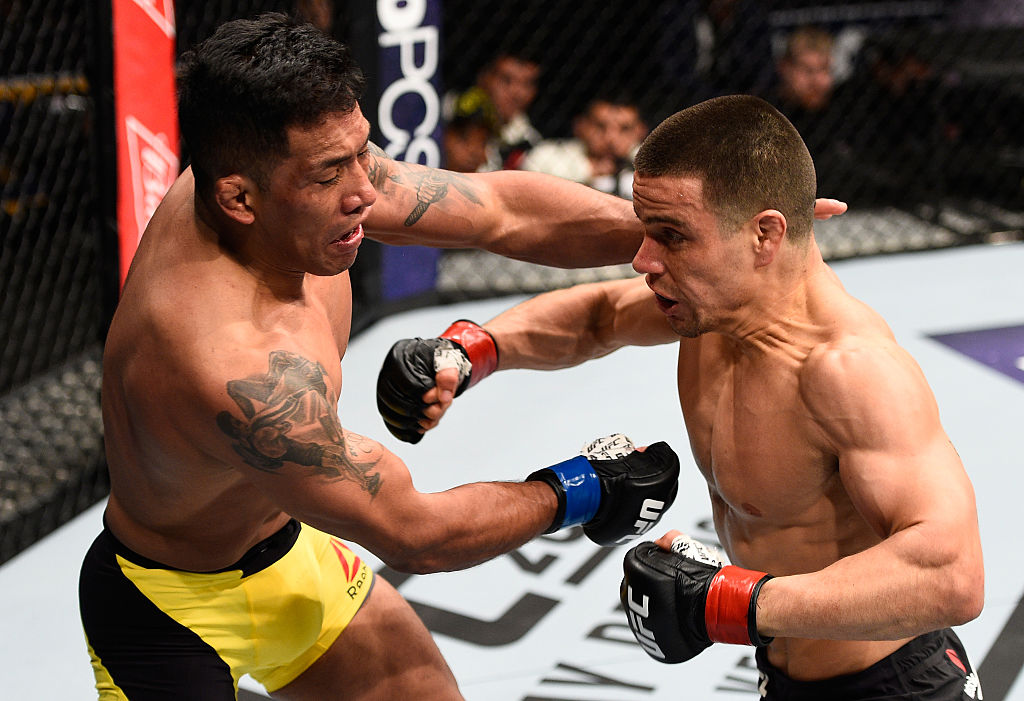 Hometown favorite Hector Sandoval got Sacramento on the board in flyweight action, winning an impressive three round unanimous decision over Colombia’s Fredy Serrano.

Sandoval was loose and confident fighting in his adopted hometown, and he wasn’t reluctant to use his wrestling attack against the former Olympic wrestler as he scored with an early takedown. Sandoval’s striking was sharp as well, rattling Serrano a couple times in the opening stanza.

Serrano (3-2) came out fast to start round two, but Sandoval nearly ended the bout with a guillotine choke on his over aggressive foe. Once Serrano pulled free, he kept looking for an opening to strike, but Sandoval remained patient, mixing up strikes and grappling nicely.

In the third, Sandoval (13-3) kept the heat on his foe, getting a takedown to open the frame. Serrano rose quickly but a message had been sent once more, and “Kid Alex” just wasn’t going to be denied, as he picked up the win via scores of 30-27 twice and 29-28. 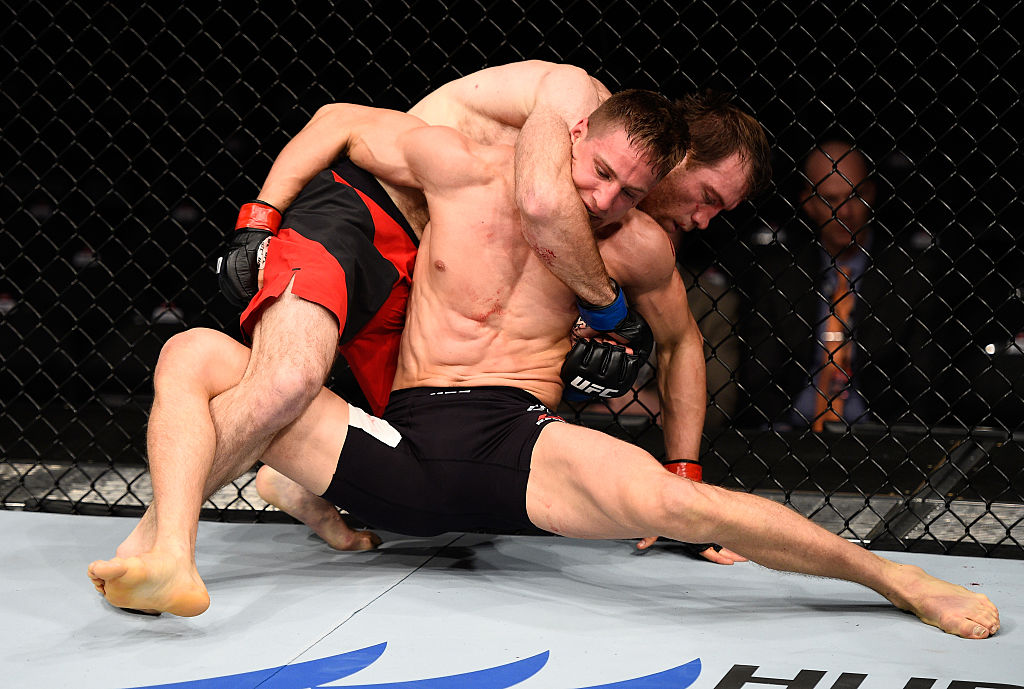 The wrestling of Sultan Aliev was too much for Serbian prospect Bojan Velickovic, allowing the Russian to earn his first UFC win via split decision in the welterweight opener.

After a three-minute feeling out process to begin the bout, Aliev sought his first takedown and got it. Velickovic looked for an armbar from his back, remaining cool under pressure. Aliev was equally cool in escaping, and he finished off the round with some hard strikes before Velickovic got back to his feet.

In the second minute of round two, it was back to the mat courtesy of an Aliev takedown, and while the strategy wasn’t exciting, it was proving to be effective. With 1:40 left, Velickovic got to his feet, only to get dumped once more, and that’s where he was kept for the rest of the frame.

Velickovic briefly found a beacon of light when he reversed a takedown attempt in the final round and took Aliev’s back, but Aliev did some scrambling of his own that got him back in the top position, and that’s where the bout remained for the rest of the final five minutes.