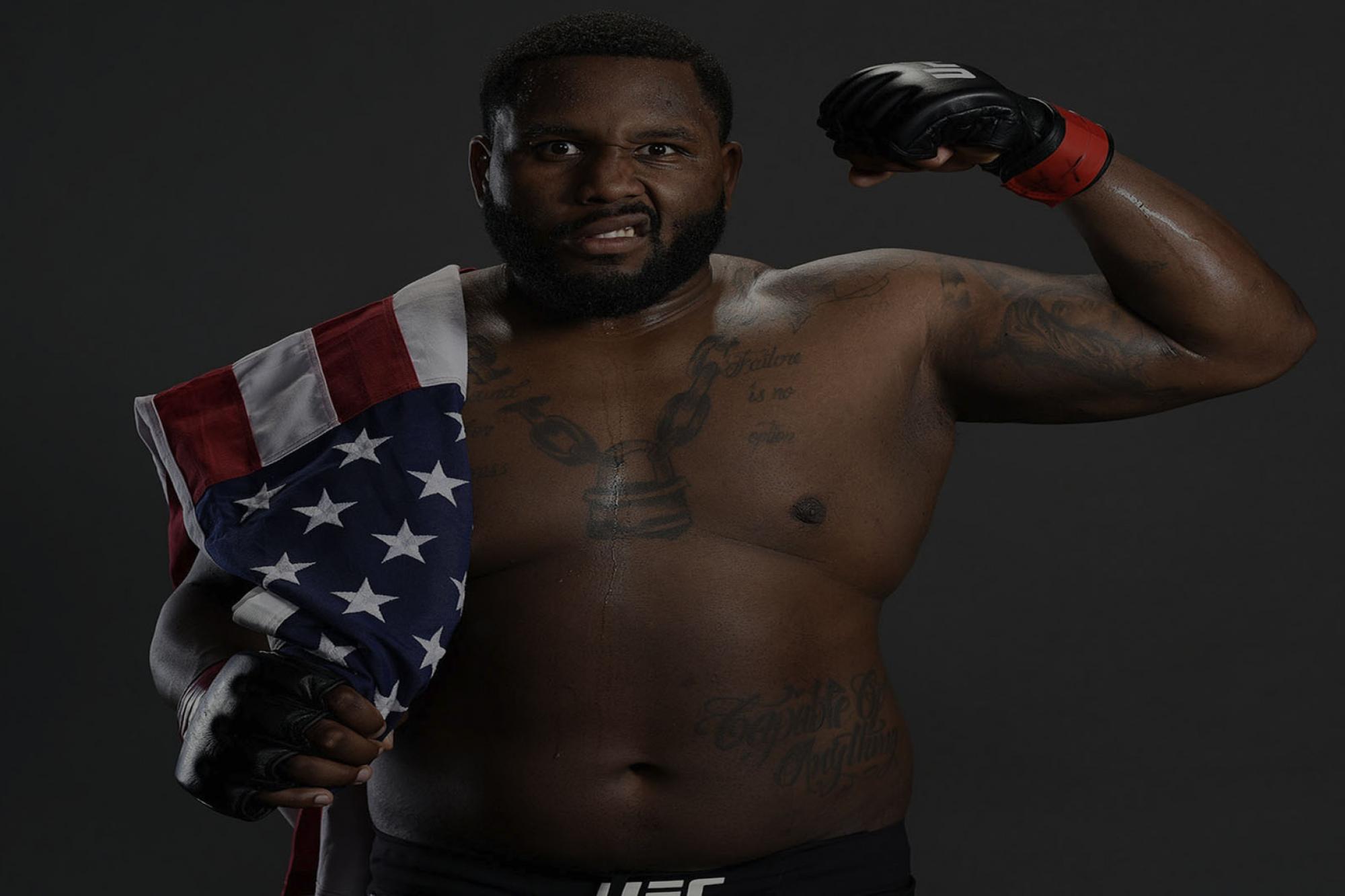 Justin Willis has arrived. How do we know? He’s telling us.

“I believe I’m at a point where I feel calm,” he said last week before making the trip to Adelaide to face Mark Hunt this Saturday. “The last fight I started to enter that arena, but now I really feel calm.”

“I didn’t have the hoopla of me coming in,” Willis explains. “I had to do it the blue collar way. So I garnered a lot of respect and resources along the way and now I’m working with expert strength and conditioning people, getting hooked up to machines, and I don’t want to give away too many secrets, but I’m ready.”

It is the perfect time for a coming out party for “Big Pretty.” Currently on a seven-fight winning streak, the 31-year-old has scored three of those wins in the UFC, and when you couple that surge with his work alongside the likes of AKA teammates Daniel Cormier and Cain Velasquez, it’s clear that if he’s going to make a statement to the rest of the heavyweight division, the time is now. But he’s not worried about rankings and all that other minutiae.

“To be honest, I just go in there and fight,” Willis said. “All the extra stuff, I leave that up to you guys. I know what I am already. I know I’m the greatest heavyweight walking this planet, so however you guys choose to do the rankings or label me, that’s up to you. I just worry about winning. That’s it, that’s all.”

Hunt would be the biggest name on his victims’ list, though, and despite having to go to the backyard of “The Super Samoan” to do it, Willis is up for the challenge.

“I’m just happy Mark Hunt took this fight,” he said. “I’m happy because he knows stylistically I’m kind of his worst nightmare because I’m fast, I’m athletic, I’m a lot longer than he is, I can wrestle, I have knockout power, and I don’t just walk forward. I’m more strategic, I’m more calculated, and that’s his Kryptonite.”

If all that is true, it just goes to show the type of fighter Hunt is, and with a record that includes fight after fight against the best the division has to offer, it’s not surprising. That might intimidate some opponents of the former K-1 champ, but not Willis.

“This is nothing but business,” he said. “I go in there and take care of my business and get out.”

There’s that calm thing again. And as far as Willis is concerned, that all comes down to his work ethic, both in and out of the gym, along with a cerebral approach to the sport that morphs into hammer throwing once the Octagon door shuts. That’s quite the mix.

“I break things down to a miniscule level and I think that’s where my drastic improvements have come from,” he said. “I didn’t have the same background as a lot of these guys, but skill for skill, it is what it is. So being around them (his AKA teammates), my one blessing is that I’ve always had a lot of self-belief and now I’m starting to reap what I sow. All those years of belief, all those years of work, everything is coming to fruition now. I’m just getting better and better, my repertoire of techniques is expanding drastically, and I’m blessed and happy that I get these opportunities to go out there and perform in front of the world.”

Saturday’s the next big performance. And he’s ready for Hunt.

“If you go to my house, I’m always watching film,” Willis said. “I don’t really watch film of my opponents, but Mark Hunt’s one of those special guys that you’ve seen throughout the years, and I’ve learned his style through osmosis for years just by watching fights. So I understand his technique, I understand the things that he has to offer, and I believe that he’s gonna get drowned.”

That’s quite a shot to call, and Willis knows it. But he also knows that his confidence doesn’t come from hopes and dreams, but from what he’s done to get here.

“After one of my fights, I had just won and I saw the man I had just defeated in the bar with a beer in his hand,” he recalls. “And I walked by him and gave him a hug. He asked if I wanted a drink, and I said I don’t drink. I made all these sacrifices for so long that I’m not really surprised anymore about these results. I’m really not. I will flex over him and then it will be on to the next one.”