Who is the best fighter in the UFC?

International Fight Week brings three events in three nights, with more than 30 pairs of fighters crossing the threshold into the Octagon. Included in that collection are five championship fights featuring five of the men ranked in the Top 10 of the UFC Fighter Rankings’ pound-for-pound list.

With so many elite competitors set to hit the cage by the time the Sunday morning rolls around, could this stretch of outstanding action help settle the debate over who is the UFC’s best fighter?

Here’s the case for each of the men set to make their respective cases in the week ahead. 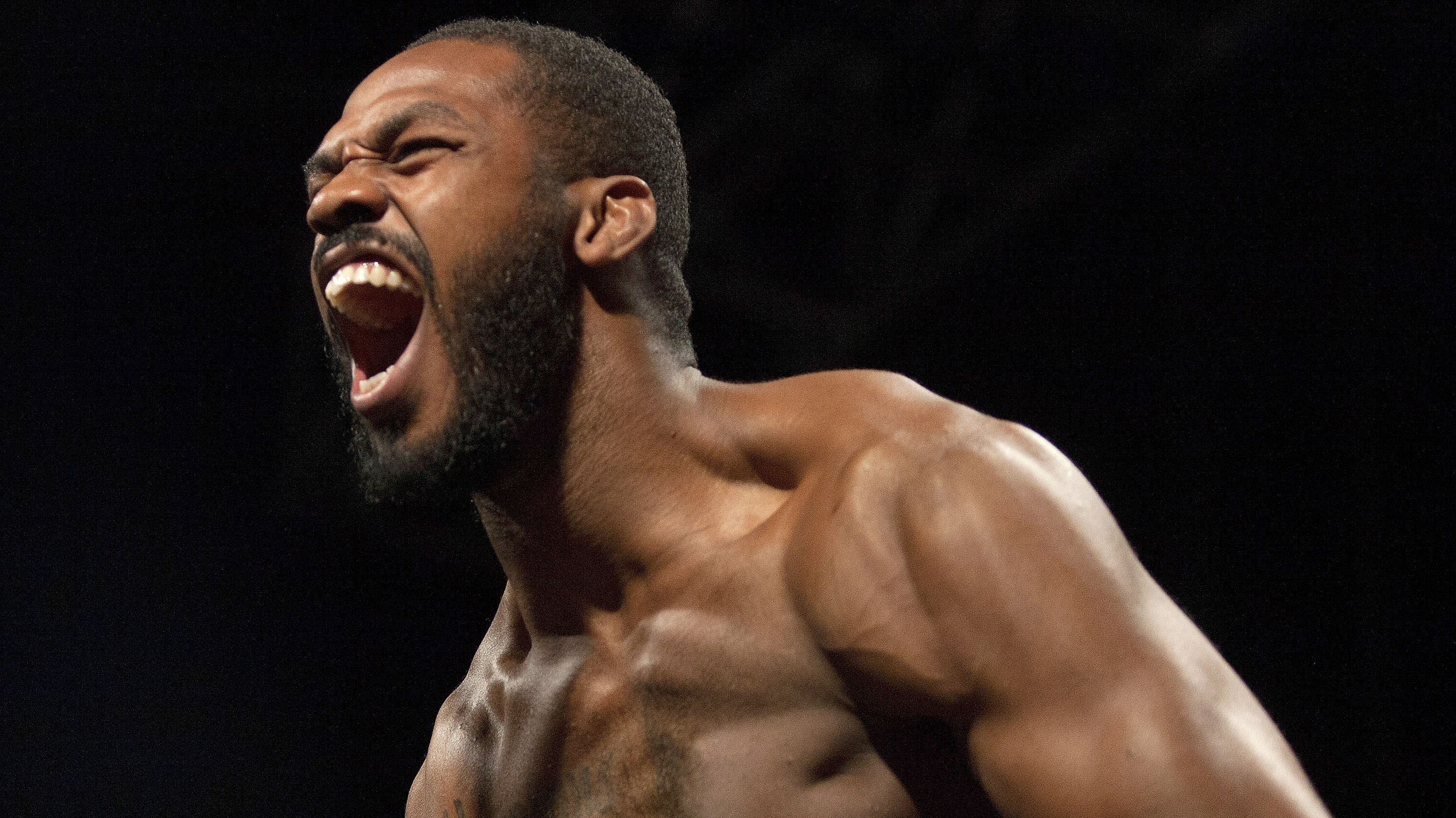 The man most fight fans point to as the best in the sport today boasts an unmatched resume that includes a 17-month run of five straight wins over former UFC champions and 13 consecutive victories. In a sport where “everyone loses,” Jones’ only setback remains a sketchy disqualification loss against Matt Hamill.

If “Bones” reclaims the throne in the light heavyweight division on Saturday night, he’ll be the clubhouse leader in this debate.

Of the people on this list, dos Anjos might be on the best run of performances of the bunch. His last five outings include two first-round finishes, a second-round finish and one-sided drubbings of Nate Diaz and Anthony Pettis.

He continues to look better and show new wrinkles with each appearance, and if he turns back the durable Eddie Alvarez as easily as he’s dispatched his last five opponents, the ruler of the deepest, most talented division in the sport will have a very good case for moving up the pound-for-pound rankings and warranting further consideration as the best fighter in the sport today.

The best way to claim top spot on the pound-for-pound list is to beat the man that currently occupies that position and that is exactly what Cormier intends to do when he and Jones share the cage for a second time in the final bout of International Fight Week.

“DC” seems to have grown from his UFC 182 loss to Jones, steeling himself in tense moments against both Anthony Johnson and Alexander Gustafsson. He was neck-and-neck with his nemesis heading into the championship rounds of their first clash, so if he can turn those final two frames in his favor – or get the job done before that – it will be hard to deny Cormier the title of “Best Fighter in the UFC.”

Perhaps the fighter with the most to prove on this list, Aldo’s decade-long reign of dominance ended in 13 seconds at UFC 194, but that single defeat shouldn’t diminish everything the Brazilian featherweight standout has accomplished in his career.

If Aldo can rebound from his knockout loss to Conor McGregor with the type of throwback performance he’s been promising against Frankie Edgar, it will not only earn him the interim featherweight title and put him in a position to possibly rematch McGregor later in the year, but it will help ease the impact of his first loss in 10 years. 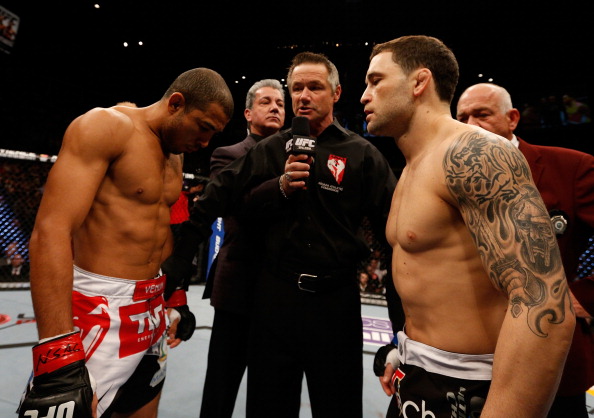 No one has as much potential to climb the pound-for-pound rankings and alter their standing in this debate than Edgar. Not only does his clash with Aldo afford him the opportunity to avenge his previous loss to the Brazilian, but a victory would make him just the third fighter in UFC history to ever earn championship gold in two different weight classes.

Say what you will about it being an interim title – when it has only been done two other times in the history of the UFC, you know it’s a special accomplishment, and should Edgar maintain his hot streak and hand Aldo a second consecutive loss, he just might end up being the answer to the question, “Who’s the best fighter in the UFC right now?” 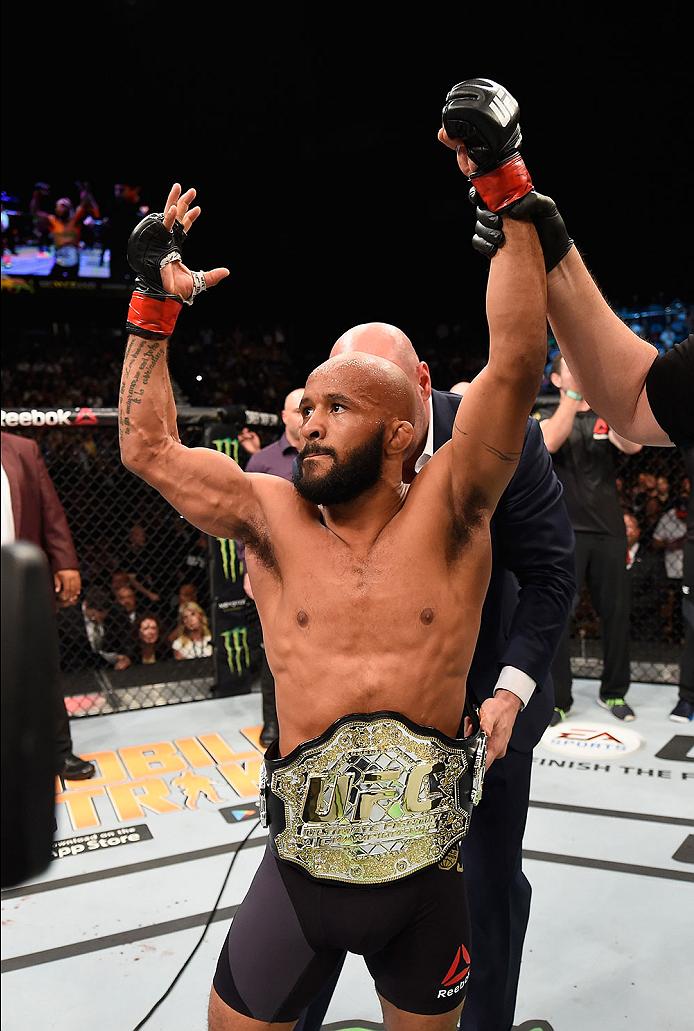 Demetrious Johnson and Robbie Lawler sit at No. 2 and No. 4 in the pound-for-pound rankings, respectively, and while they’re not fighting during International Fight Week, they will step into the Octagon this month.

Johnson seeks his ninth consecutive successful defense of the UFC flyweight title against Wilson Reis in the co-main event of UFC 201, setting the table for Lawler’s welterweight championship showdown with Tyron Woodley.

“Mighty Mouse” might be the most complete fighter in the sport today and nine straight successful title defenses would put him in elite company, while Lawler is coming off back-to-back instant classics against Rory MacDonald and Carlos Condit.

If one or both earn impressive victories in Atlanta, settling this debate will be a little harder.