There's rain and then there's torrential downpours; the kind that make you consider building an ark, and in Singapore, it was the latter that dominated the Wednesday afternoon that had been set to host the open workouts.

Rain is entirely normal and expected this time of year in Singapore, but a perfect storm of downpours, heat, and steam did its best to unsettle the hardcore fans at OCBC Square, to no great avail. A small but enthusiastic cluster of fans that braved the clouds and the rapids, determined to see the stars of the UFC's third visit to the Lion City.

Jessica Eye hooked viewers in early with a brisk display of her camps best wares, and generously offered ticket and t-shirt giveaways for fans that knew the answers to her trivia questions. 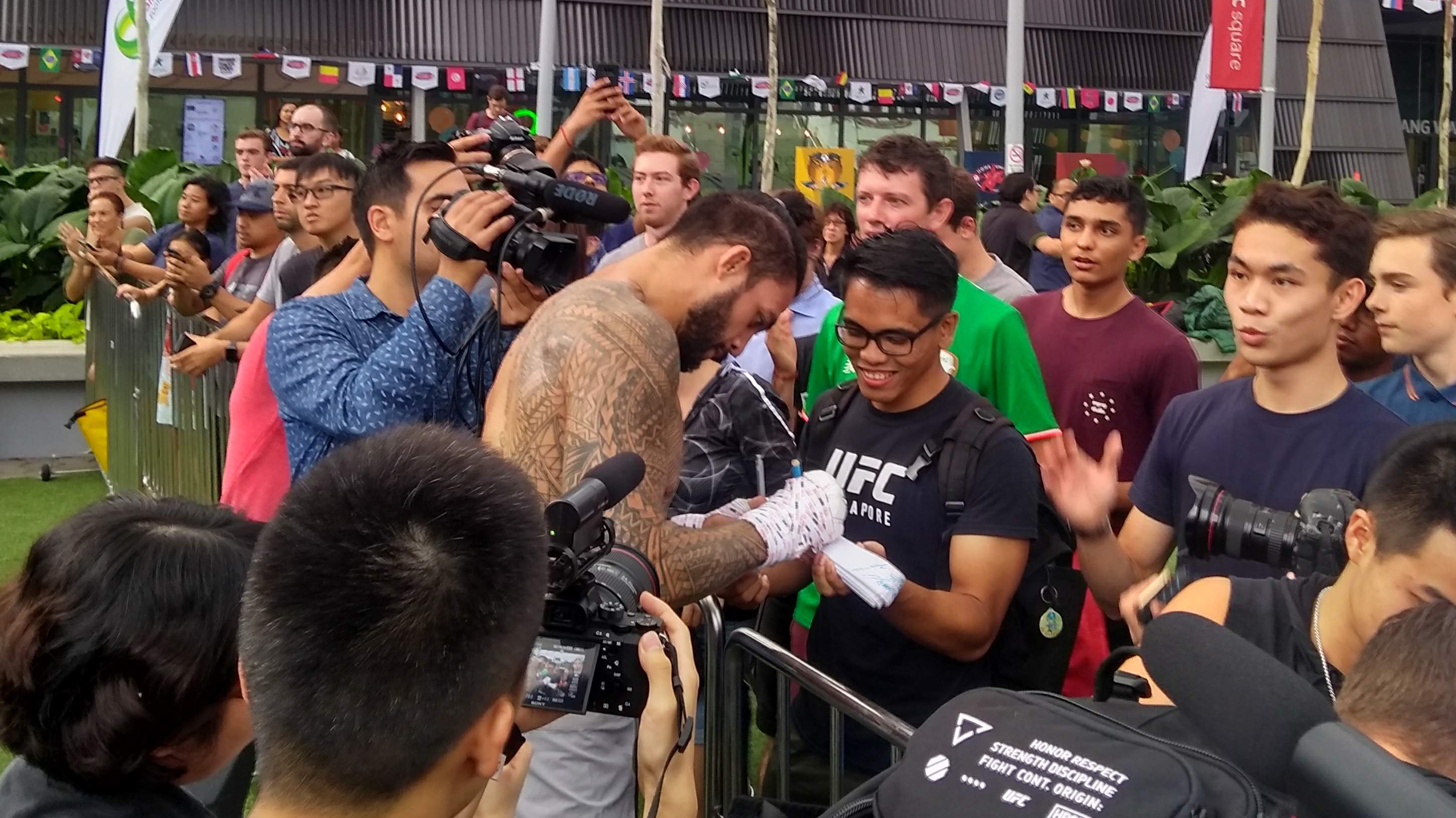 Australian Tyson 'Kangaroo Paws' Pedro and his thousand-watt smile went next, and when host Dan Hardy asked him about his big-named co-main opponent, Pedro reminded him that not only was [Ovince Saint Preux] a big name, but physically was "also massive," before heading down to sign autographs and take pictures of the many adoring fans in attendance.

Fellow Aussie Jessica-Rose Clark was next to the stage and fired off so fiercely brisk striking with her coach before giving Hardy a one-on-one lesson on what it was like to receive an "Utlimate Punch," a move she has said to have been studying for this particular camp.

The aforementioned Saint Preux was next to the stage, and when asked about changing the name of his signature finish from the Von Flue choke to the Von Preux choke, OSP mentioned that his opponent could witness the move again on Saturday: "I can get it about 15 different ways," he warned.

Main event contender Leon Edwards was confidently unconcerend about his opponent and instead basked in his surroundings: "I'm loving it. I love the Singapore fans. It's amazing to be here."

Donald Cerrone, who was the last to take the stage at open workouts, welcomed the callout from Edwards and previous young contenders: "I've done something right to make them call me out. I'm pumped on it! I welcome any comers, anyone who wants some, let's go!"