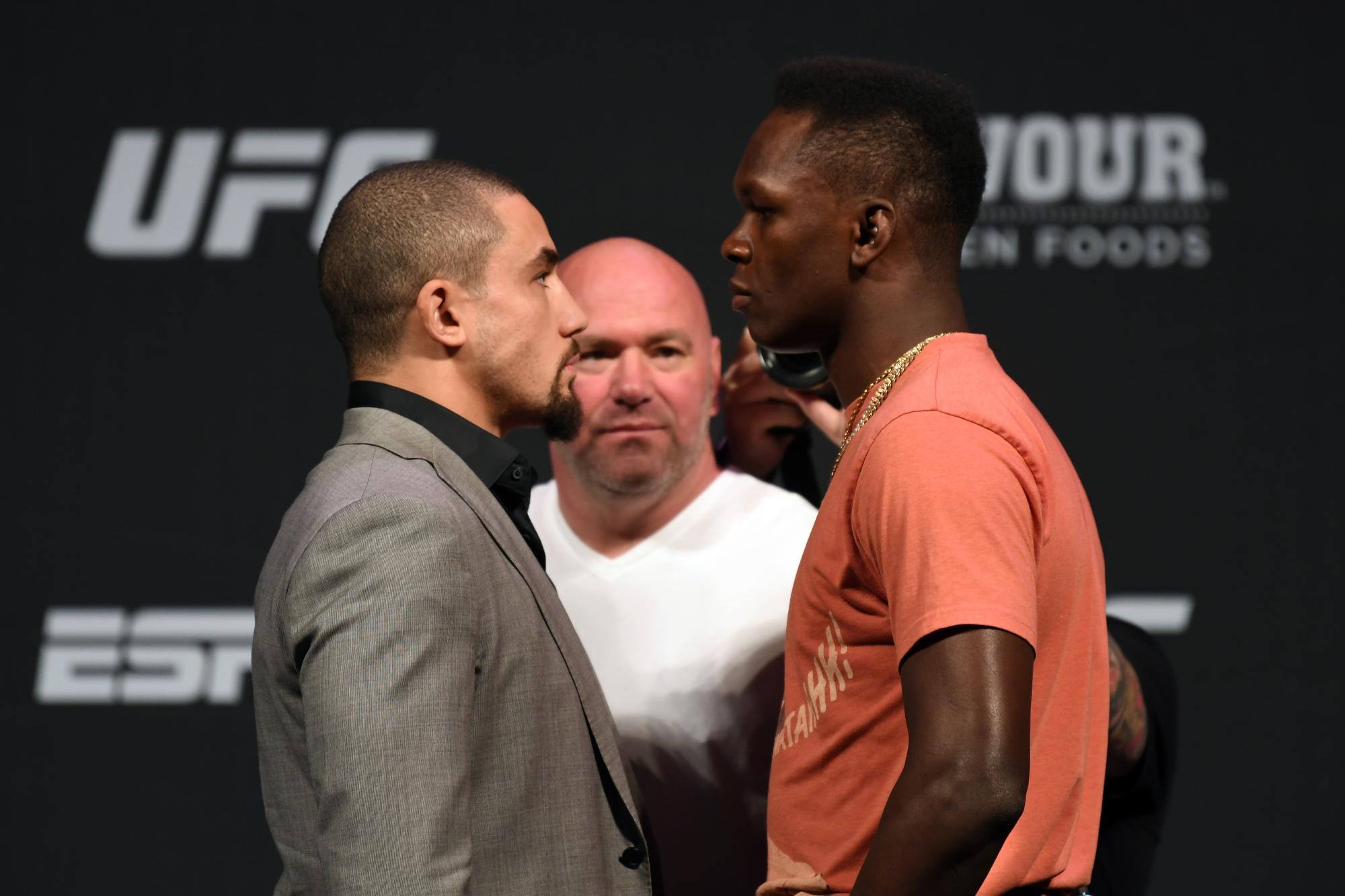 Whittaker Vs Adesanya To Headline UFC 243

The undisputed UFC middleweight title will be on the line on October 5 when 185-pound champion Robert Whittaker faces unbeaten interim titleholder Israel Adesanya at UFC 243.

UFC 243, which airs live on Pay-Per-View, will take place at a location to be announced.

Australia's Whittaker has been sidelined since the second of two epic battles with Yoel Romero, but this fall he gets his chance to cement his place as the best middleweight in the world when he takes on New Zealand's Adesanya, who is coming off wins over Anderson Silva and Kelvin Gastelum.