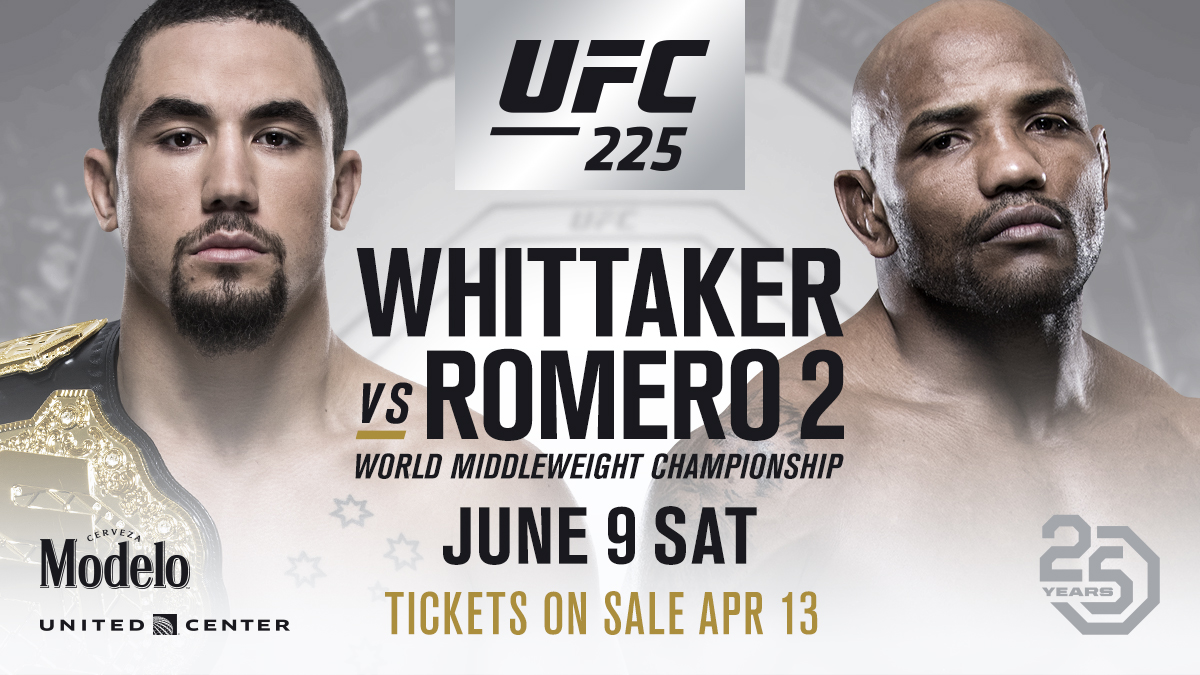 The undisputed middleweight championship of the world will be on the line in the UFC's return to the windy city of Chicago on June 9, as Robert Whittaker defends his crown against Yoel Romero in a highly-anticipated rematch that headlines UFC 225 at United Center.

Tickets for the event, which airs live on Pay-Per-View, go on sale on April 13.

Revisiting their 2017 Fight of the Night battle that earned Australia's Whittaker the 185-pound title, Romero has earned this return bout with a devastating knockout of Luke Rockhold in February, and he's hungry to become Cuba's first UFC champion this June and add to a list of victories that includes the names Chris Weidman, "Jacare" Souza, Lyoto Machida and Derek Brunson. But the 27-year-old Whittaker is not going to give up his belt that easily, and with an eight-fight streak that has seen him defeat Romero, Souza, Brunson and Uriah Hall, the former Ultimate Fighter Smashes winner may be settling in for a long reign at the top.