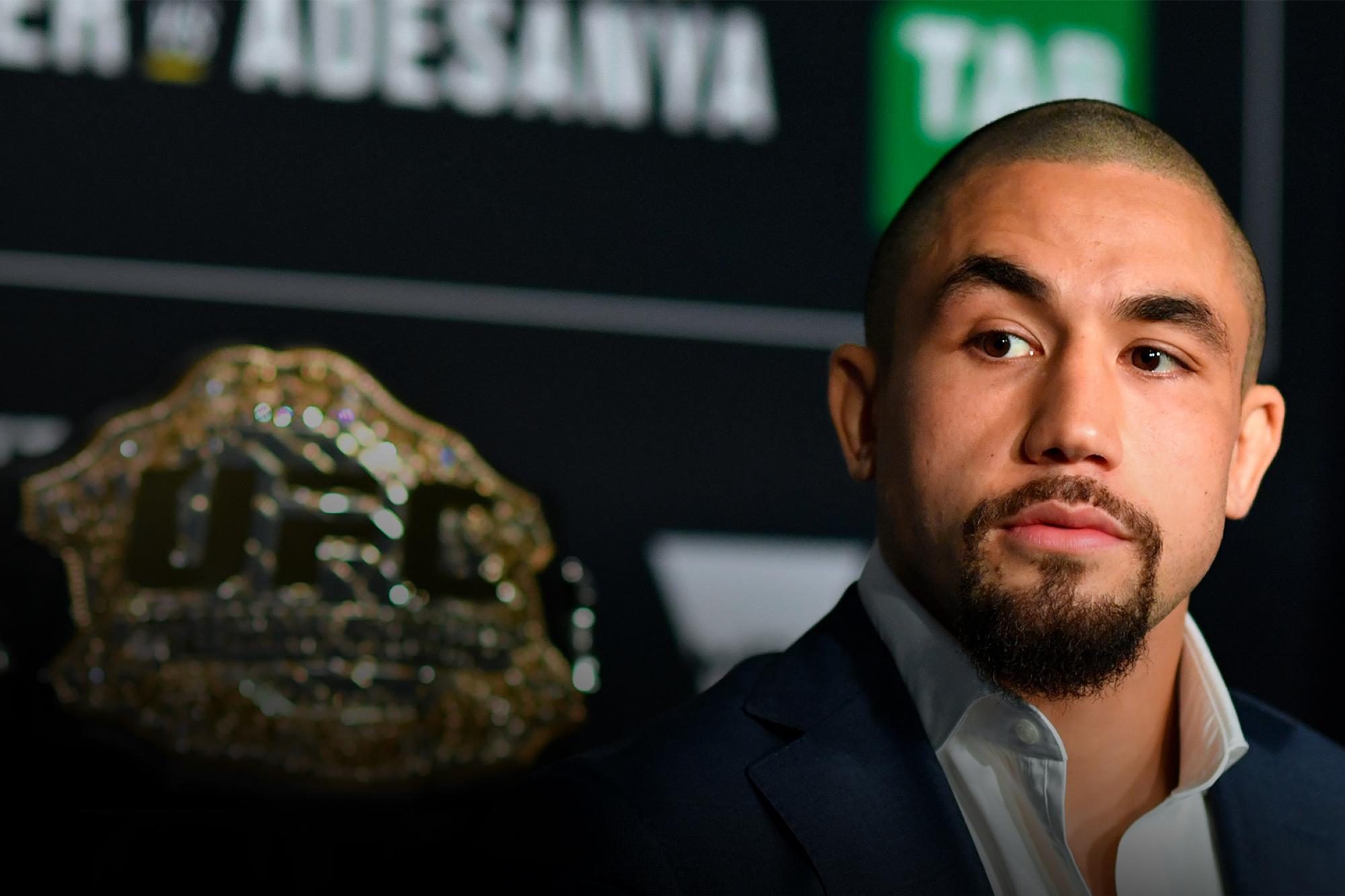 Whittaker To Remind People Who's The Real Champ

“Sometimes, because of my layoff, people forget that I’m quite good at this,” he chuckles. “But it’s just one of those things. I’ll remind them shortly.”
By Thomas Gerbasi, on Twitter: @TGerbasi • Oct. 4, 2019

“It wasn’t really any different than a normal fight,” he said of his UFC 193 win over Uriah Hall at what was then called Etihad Stadium. “But the biggest thing was that I remember how big the arena was. It was so big, honestly, so, so big. You couldn’t even look up. It was so wide and the walkout was so long, it was a massive, massive thing.”

At the time, Whittaker was engaging in his third fight since moving to middleweight from welterweight and in the midst of a nine-fight winning streak that he will carry into his UFC 243 main event against Israel Adesanya this weekend.

The win over Hall pushed “The Reaper” closer to contender status at 185 pounds, and he probably wasn’t thinking of headlining the same stadium in a championship bout against a fighter who was only 5-0 in MMA at that moment, but the fight world is an unpredictable one, and as Whittaker approaches his seven-year anniversary as a UFC fighter, he has precious little time to reflect.

“It honestly doesn’t feel like seven years,” he said. “It’s gone by so quickly, but in that time I’m very happy with the way my career has panned out thus far.”

He should be. Only 28 years old, the New Zealand-born Aussie followed up the win over Hall with knockouts of Derek Brunson and Ronaldo “Jacare” Souza that led him to an interim middleweight title fight against Yoel Romero in July 2017. Whittaker won that bout and the belt, but that’s when things got crazy.

A February 2018 bout against Luke Rockhold was scrapped due to a Whittaker injury. The Aussie came back in June of last year to beat Romero again, albeit in a non-title bout after the Cuban failed to make weight. Next up was Kelvin Gastelum, but Whittaker was forced to undergo emergency surgery on fight day, scrapping another fight. Now he’s back for Adesanya, but it begs the question, has Whittaker even been able to enjoy his title reign?

“I guess,” he laughs before elaborating. “Being champion has never really been a huge thing for me. It’s more just about fighting and worrying about my next fight and focusing on my path as a fighter. Being a champion is just a result of that.”

He likes being at the top, being able to provide a comfortable life for his family, and knowing that he’s the best middleweight on the planet. But for him, such titles don’t mean much unless he’s got the gloves and a mouthpiece in. That’s why he does it.

“I love everything to do with fighting and the scene,” Whittaker said. “I love the idea of being a modern day gladiator in a sense. Sometimes, there’s a lot of stuff that surrounds fighting that’s not very enjoyable, but generally, I love it. It’s great.”

This weekend, his wait is over, and even without any extraneous drama, this is one of the best fights of the year. That doesn’t mean Adesanya is staying quiet and letting the fight sell itself. He’s been trying to engage in a war of words with the champion, but Whittaker isn’t biting.

And he’s loving it.

“It definitely annoys him,” said Whittaker of his refusal to verbally spar with “The Last Stylebender.” “It’s fine. I’m just doing me and I’m gonna continue doing that.”

That’s not to say Whittaker is dismissing the interim titleholder. Instead, he is well aware of the threat in front of him. But he did take away some valuable insights from Adesanya’s epic victory over Kelvin Gastelum in April.

“I always thought he (Adesanya) was very, very good, but I was surprised in the sense that he got hit,” said Whittaker. “He got hit a lot, and I was surprised how Gastelum could get in and hurt him.”

That’s the kind of excitement that comes along with going back to work after only one fight in more than two years. And if you don’t remember what Robert Whittaker can do, he’s about to give a refresher course in Marvel Stadium.

“Sometimes, because of my layoff, people forget that I’m quite good at this,” he chuckles. “But it’s just one of those things. I’ll remind them shortly.”