"The Download" with Dana White is a weekly UFC.com exclusive interview with the boss to cover everything that's in the news. This week Dana talks about his inclusion in a controversial GQ article, Jose Aldo-Chad Mendes and more. 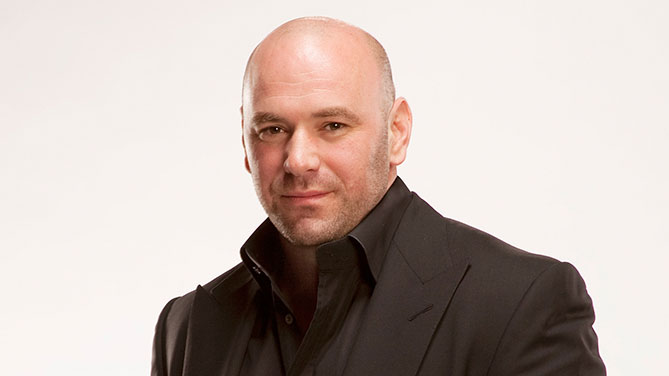 Shortly after UFC president Dana White walked into his office at Zuffa headquarters on Wednesday, two PR executives approached the boss “looking like somebody just killed their f**king dog,” White explained.
The PR team was there to deliver the seemingly bad news that White was named on GQ Magazine’s Top 25 Sleaziest People in Sports list, in the top 10 no less.
Many expected White to throw down one of his epic rants responding to the topic, but instead he just laughed it off.
“You’re never going to be able to stop what people say about you, and everybody isn’t going to love you,” White said. “But I don’t take offense to anything. When you’re in a public position like this you’re always going to have people say things about you. Believe me, if I worried about everything that was said about me, I would have been a mess a long time ago. That kind of stuff doesn’t bother me at all, not even a little bit.”
Where White did take some offense is when he read the description underneath his name on the list, which claimed he doesn’t pay his fighters.
“It was definitely written by someone who is uneducated about the sport. I’m sandwiched between War Machine and Lance Armstrong,” White said while cracking a smile at the obvious absurdity of the article. “The thing that’s unfortunate is that it’s unfair for the UFC as a brand. UFC pays its fighters very well."
> Watch: Dana White UFC 180 Press Conference Media Scrum
As the sport continues to grow and expand, White said the UFC is bringing in even more fighters, allowing those men and women a chance to make a living and provide for their families. He said each fighter is given a chance to do incredible things.
“Hopefully a fighter can break into the top 10, maybe gain sponsors – the list goes on and on. There are a lot of great things that go on here,” he said. “The Fertitta brothers invested the money to build this thing and make the sport what it is today. They gave everybody the opportunity – from me to you to the fighters and lots of other people.” 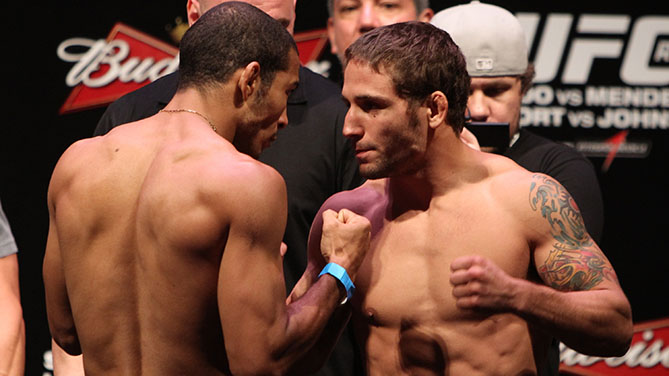 In case you missed it, the Jose Aldo-Chad Mendes staredown in Rio de Janiero on Tuesday got heated. The two exchanged a few words and Aldo, finally reaching the boiling point, shoved Mendes before the two were broken up.
On Wednesday a report came out that the shove was intended to help promote the fight. Aldo was quoted as saying he was looking for something to spice up the fight.
“We were talking to Andre (Pederneiras) in a meeting about how we could improve our fight promotions. It’s part of the show,” Aldo said. But I told Andre after (the staredown) that it’s not my style. It was not staged, we were talking (trash) to each other and it happened. … We (Aldo and Pederneiras) tried to spice things up, but that’s it."
White got a call from Aldo late Wednesday and the Brazilian explained that he never said he faked the incident. White said this sort of thing happens a lot when fighters’ quotes are translated.
“So the Aldo-Mendes thing, this has happened before, Aldo said, ‘that’s not what I said.’ He said he didn’t fake it, the push was real,” White said. “But every time they say something in Portuguese and it gets translated into English – I got a call that [Renan] Barao had come out and said he wasn’t being paid enough money. So we called him, and he told me he never said that - it gets mixed up in translation.”
White did say that Aldo also said that he was looking to promote the fight more than usual. But White said guys shouldn’t necessarily worry about the promotion. Fighters who can talk up a fight are rare, and if a fighter can’t do both he or she should worry about being a great fighter.
“I think that guys just shouldn’t try,” White said. “Chael had it. Conor McGregor has it. This guy can fight and talk. I think some of the guys that can’t talk as well as others think they have to talk more. No you don’t. You need to be a great fighter. As long as you’re a great fighter, nobody gives a s**t about that other stuff. Yes, some guys may stand out a little more, but if you have the talent you’re going to get where you want to go anyway.” 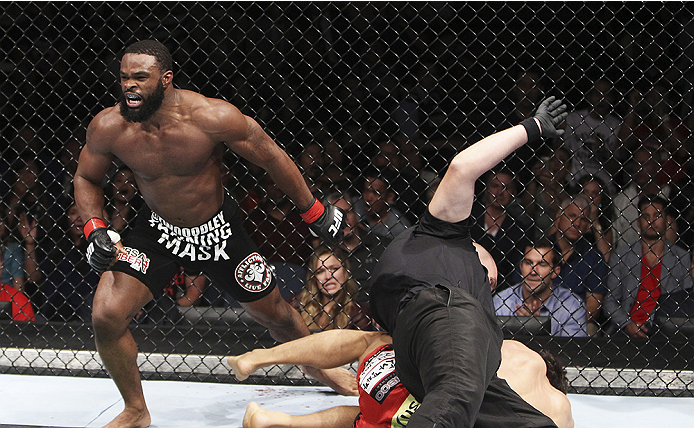 Just a few days after disposing of Dong Hyun Kim in Macao, Tyron Woodley called out Matt Brown in hopes of a Top 5 showdown sometime in the near future.
Brown then responded by saying he had little interest in that fight, and would rather face Carlos Condit once he returns from injury.
White chimed in on the brewing welterweight saga.
“What’s weird about that is that Woodley calls out Matt Brown, but he’s ranked higher than Matt Brown,” White said. “But we want to do Tyron Woodley vs. Hector Lombard – that’s the fight we want to do. Hector said yes, we’re just waiting to hear from Woodley. Lombard said he would fight him, no problem.”
White also indicated that a bout between Condit and Brown down the line is very possible as well.

With the memories of their epic first fight fresh in his mind, White can barely contain his excitement for this Saturday’s main event, when T.J. Dillashaw faces off against Renan Barao for the UFC bantamweight title at UFC 177.
> Read: UFC 177 Preview
White said what made the first fight so special was the story going into the bout.
“Dillashaw is this huge underdog and nobody gives him a chance to win,” White said. “Not only does he win, but he absolutely destroys Renan Barao, the champion who hasn’t lost a fight in nine years. It was incredible. That’s what makes the second fight so interesting.”
Which Barao shows up this time around is the big question, White said.
“The guy is expected and allowed to have one bad night in nine years, you know what I mean?” White said. “The question is: did he have that one bad night, or is T.J. Dillashaw the real deal? He goes in and beats Barao again – he’s the real deal.”