When it was first reported that Chael Sonnen had failed a second drug test over the weekend, this time for HGH and EPO, it seemed like only a matter of time before the UFC and FOX were forced to cut ties with the former middleweight contender.

That decision came down on Monday, and UFC President Dana White said the decision was simple but it wasn't easy.

"It's very hard for me because I care about him a lot as a friend," White said in an exclusive interview with UFC.com on Tuesday. "I like Chael Sonnen, so it's a tough one, man. He had four banned substances in his body, so what are you going to do?" 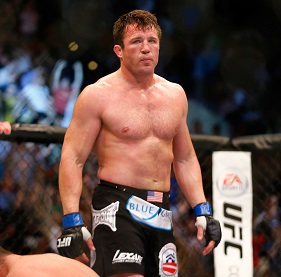 Sonnen's persona and charisma were showcased on UFC Tonight on FOX Sports 1, and many fans were disappointed with the news that the "Bad Guy" was no longer going to be co-hosting the show. But Sonnen is a perfect example that nobody is above the rules, and White said that at this point any fighter taking illegal substances is very foolish considering the obvious consequences.

"The hardest part about it is that Chael Sonnen is a very intelligent guy and look what it's done. It's just terrible," White continued. "If it happened to a guy that was not as bright, you're like, it's unfortunate but the guy isn't very bright.' You have to be a real stupid f****** idiot to mess around with drugs right now in this sport."

The best fighters from around the world will infiltrate Las Vegas this week as the UFC gives fans the ultimate fight experience. There will be a host of events every day in the city, and two huge fight cards over the weekend put an emphatic exclamation point on a crazy week.

"With all the stuff going on this week, there are fighters involved in everything," White said. "We're bringing in all the best fighters in the world. I think this year we have more than we've ever had. If you're a fight fan you get to come be a part of this. Not only this weekend do you get to come meet all your favorite fighters and get stuff signed and take pictures and get all this cool s**t, you also get two fights.

"There's a fight on Saturday night with two titles on the line, and then Sunday, I've said it publicly and I'll say it again - the worst season of The Ultimate Fighter - but headlined by BJ Penn and Frankie Edgar. These kids better fight their asses off on this Finale because their UFC lives depend on it."

On Chris Weidman being a star...

There's no doubt that Weidman's epic victories over legend Anderson Silva have elevated him onto the UFC big stage. The New York native is currently ranked No. 5 on the official UFC pound-for-pound rankings, some critics have him even higher.

But has Weidman reached star status? White thinks so.

"The gate is going to be $5 million on Saturday, so him and Ronda are definitely stars," White said. "If he can take out Machida - I mean, that's what fascinates me about these fight. he's going to have to go after Machida and push the f****** pace and really work, because Machida has that elusive style."

> Check Out Weidman, Machida and Ronda Rousey on UFC 175 Embedded 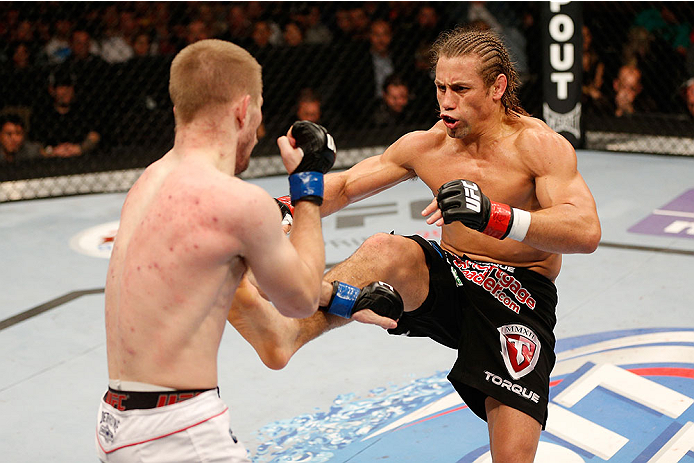 There has been some buzz about the fact that former WEC featherweight champion Urijah Faber is set to main event the FOX Sports 1 prelims at UFC 175. Some fans have wondered why Faber has been relegated to the prelims, but White insists it's a great opportunity to see him on free TV, making UFC 175 an even bigger event.

"It's a good thing. Everybody can watch Urijah Faber fight for free on the prelims, that's why he's there. It's good for the fans, it's good for Urijah and it's good for FOX. There should be no bitching about him fighting on free TV. You know Urijah, he's excited about everything. Not too much bums Urijah Faber out."

Cub Swanson shined once again Saturday night in his five-round victory over Jeremy Stephens, which moved him up to No. 2 in the featherweight rankings. White thought Cub was spectacular, and he expects him to be next in line for a title shot.

"Let me tell you what, Jeremy is ranked No. 10 but he's not the number 10 fighter," White said. "He's better than that, and Cub took big f****** shots from him early, ate his shots and came back and fought a beautiful fight. I'm very excited for his future. Cub's going to get what he wants, let's just put it that way."