"The Download" with Dana White is a weekly UFC.com exclusive interview with the boss, providing fans with a look inside the UFC universe with the man himself. This week Dana talks about Conor McGregor, Vitor Belfort, Demetrious Johnson and more. 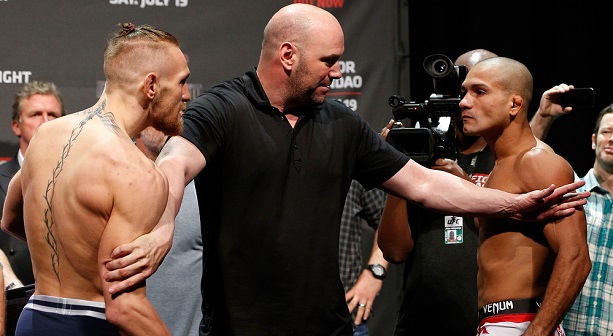 As I stood outside UFC President Dana White's office moments before our weekly sit-down interview, it was impossible to ignore the sounds blasting through the door.

The boss had just loaded up Fight Night Dublin and was re-watching the main event. I got there just in time to hear Conor McGregor's music hit and the roar of 9,500 Irish super fans greeting their hero.

White was blown away by the Irish crowd. 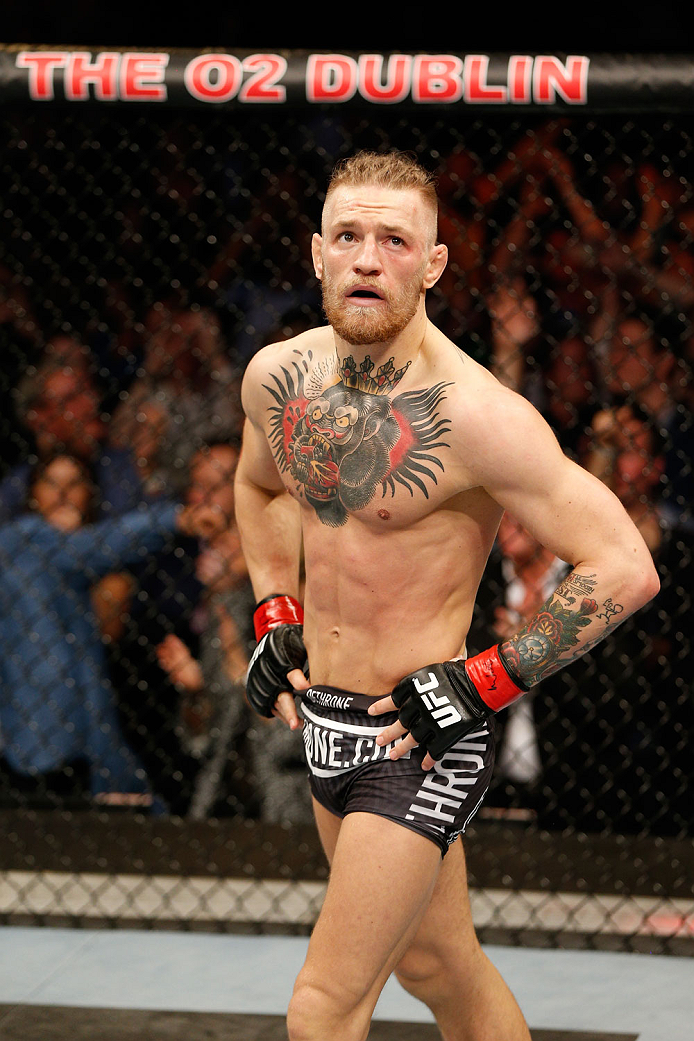 McGregor's performance in his return to the Octagon and his rising popularity have earned him top 10 status in the latest UFC rankings, and a jump up in competition when he faces burgeoning rival Dustin Poirier at UFC 178, a bout that was announced early Tuesday afternoon.

The war of words has already begun between McGregor and Poirier, and White said it's a big fight. White also added that the "hype train" that's running for McGregor is legit.

"It's funny because people always talk about hype trains, but people love the kid," White said of McGregor. "He's exciting to watch, he's exciting to listen to, and people love it. He just broke into the top 10 and now we'll see. If he has a great performance against Poirier, who knows where he could go in the rankings.

"It's a tough fight. I have a lot of respect for Dustin Poirier, he's a tough kid. It's a big fight, Dustin has a lot of UFC experience, and we'll see what happens."

Vitor Belfort is item No. 6 on the Nevada State Athletic Commission's July 23 hearing agenda, as "The Phenom" is seeking a license to compete in Las Vegas. Belfort has been all but guaranteed the next shot at UFC middleweight champion Chris Weidman if he can pass all of his legal tests.

If or when Vitor is licensed, White said he'll have to be clean to step back inside the Octagon.

"If Vitor gets licensed, from now until the fight with Weidman they're going to Olympic-style test him like crazy," White said. "If he's on anything, if he does anything, he'll get caught. When he fights Chris Weidman, he'll be 100 percent clean."

On the Matt Brown-Robbie Lawler main event in San Jose...

White's schedule has been plenty busy - as it always is - the past two weeks with three events. But the UFC boss said the most exciting fight of the summer could be Lawler-Brown for free on FOX this Saturday.

"As we're gearing up for this fight and you start to think about it: this may be the most stacked FOX card we've ever done," White said. "There's no secret what's going to happen with Lawler and Brown - they're going to be dropping bombs. It's a fun card and it's free."

> Fight Night: Lawler vs. Brown: Check Out The Complete Preview

There have already been a bunch of UFC fighters that have made their mark inside the Octagon in 2014. In fact, there have been so many memorable fights and performances in less than seven 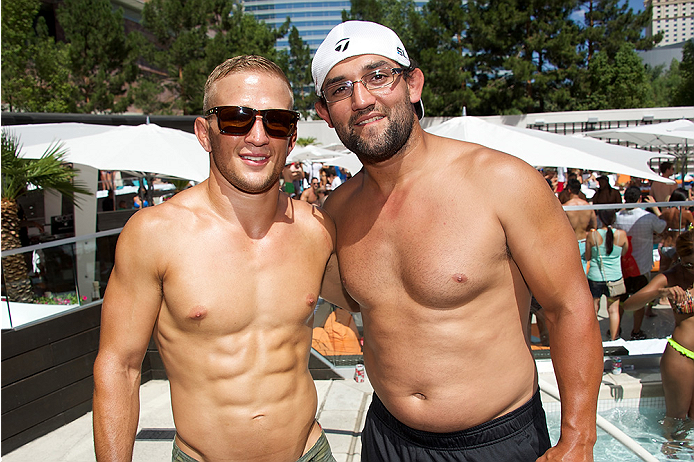 months that White had a hard time picking just one fighter who has impressed him the most so far this year.

"It's hard to pick one because there have been so many," he said. "I'm totally blown away by Robbie Lawler, not just on how he's fought but how many times he's fought back-to-back. Especially coming off that Johny Hendricks fight, that five-round f**king dog fight war. I'm very impressed with Ronda Rousey. She continues to get better and better. I'm impressed with Matt Brown and the win streak he's on. The Conor McGregor kid is so fun. TJ Dillashaw, what he was able to do to Renan Barao. It's a long list. Donald Cerrone has looked awesome and wants to continue to fight as much as possible as well."

The minute Demetrious Johnson vs. Chris Cariaso was announced for UFC 177 in Sacramento, media members and fans alike took to social media to question the decision to hand No. 8-ranked Cariaso a title fight. White said he had planned to go with Johnson vs. John Dodson next, but the injury "The Magician" suffered to his knee took that fight off the table.

"The problem is that there is no doubt the fight everybody wanted to see would be John Dodson, but he's hurt," White said. "Ian McCall just fought, Johnson knocked out [Joseph] Benavidez, and he beat John Moraga. People are going to bitch about Demetrious Johnson no matter who we put him in there against. Eventually, he'll just have to keep knocking people out left and right and then he'll earn his respect."