White Says GSP Can Have Title Shot If He Returns

"The Download" with Dana White is a weekly UFC.com exclusive interview with the boss, covering everything that's in the news. This week Dana talks about Georges St-Pierre, Jon Jones and Eddie Alvarez. 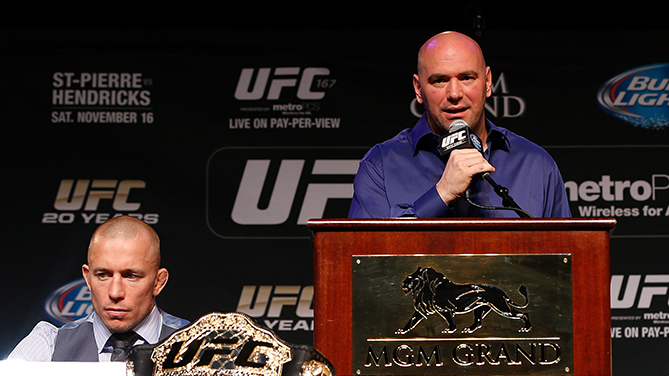 The fighting future of former UFC welterweight champion Georges St-Pierre may be in question, but one thing is for sure according to UFC President Dana White: if and when GSP returns to the Octagon, he can have whatever fight he wants.
“It would be tough to deny that GSP comes right back and doesn’t fight for the title, you know what I mean?” White told UFC.com in his weekly interview. “GSP can do whatever he wants. If he wants to come back and fight for the title, or if he wants a fight before that - he can do whatever he wants.”
St-Pierre was in the news this week when his coach Firas Zahabi told ESPN’s Brett Okamoto that he believes GSP will be back sometime in 2015.
“My personal opinion is he still has plenty of competitive juice in him,” Zahabi told ESPN. “I don't think he'll be anywhere near fight shape until he's late-34 -- mid-34. I think he's got a few fights in him but I don't want to speak for the guy. He might retire and no one could blame him."
White has been very vocal in the past about fighter safety and when he thinks it may be time to call it a career. 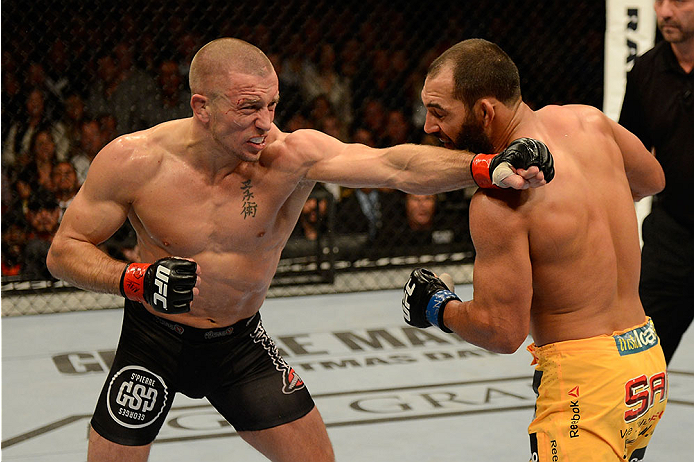 White’s good friend Chuck Liddell is the perfect example. It just reached the point where retirement was the best option for the former UFC light heavyweight champ - and Dana told him so.
“It’s always a huge debate on a guy who’s had a career like GSP – to go out on top and walk away with the belt,” White said. “That’s a personal decision that a fighter has to make. Being the competitor that GSP is, I can’t see GSP [walking away yet]. But that’s up to him.
“Guys that I try to talk out of fighting anymore, like Chuck Liddell who had a string of knockouts - I just didn’t want to see it anymore.”
St-Pierre is hoping to be able to do some light MMA training as early as October as he continues his rehab from a torn ACL.
On Jon Jones’ popularity…
Joe Rogan made big headlines this week when he wondered whether or not UFC light heavyweight champion Jon Jones would be more popular if he were white.
The UFC color commentator said he didn’t know why Jones wasn’t more popular because Rogan “will never miss a Jon Jones f**king pay-per-view.” He simply wondered on his podcast whether racism has anything to do with it.
Watch: Joe Rogan Experience on YouTube - Episode 546 w/ Mike Dolce
White has a very different take on the subject.
“Who says Jones isn’t popular? I mean, as far as our business goes, Jones is very popular,” White said. “I think Joe is saying, ‘Why isn’t he this massive superstar? The guy is so talented, his brothers are two NFL players, etcetera, etcetera.’ There’s no doubt that Jon has had his share of issues since he’s been the champ, but I wouldn’t say that Jon Jones isn’t popular.”
Rogan took to Twitter a day after some in the MMA media reported his comments to explain that he was misquoted. 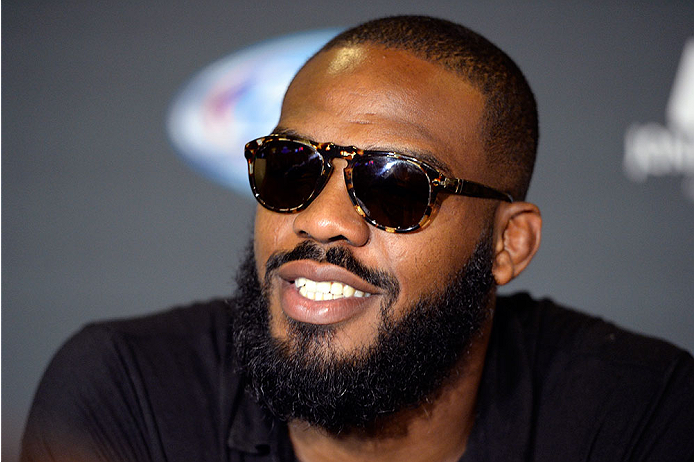 “I said ‘I wonder how much of it is racism,’ key words: WONDER & HOW MUCH,” Rogan said after many reports made it seem like Rogan was definitively saying Jones wasn’t more popular because people are racists.
“I didn’t say Jon Jones isn’t more popular because everyone that dislikes him is racist,” he continued. “It’s a subject for debate and discussion, that’s it.”
White doesn’t think race has anything to do with Jones’ lack of popularity, if it’s lacking at all.
“Mike Tyson is black. Muhammad Ali is black. LeBron James is black. There are a lot of guys out there that are black that people love,” he said. “There’s people out there that don’t like them too. But you’re a human being, man. Some people are going to like you and some people aren’t. I’m white. There’s a lot of people that like me and a lot of people that don’t.”
On Eddie Alvarez’s debut in the rankings…
Eddie Alvarez is wasting no time inserting himself into the thick of the lightweight division’s title picture when he faces Donald “Cowboy” Cerrone at UFC 178 on Sept. 27.
Read: Jacare Moves Past Belfort and Machida in the Rankings
The 30-year-old made his debut in the official UFC rankings this past week at No. 14 in the lightweight division. Some have said that spot is a bit low for the decorated fighter, and White shared that sentiment when he heard the news. 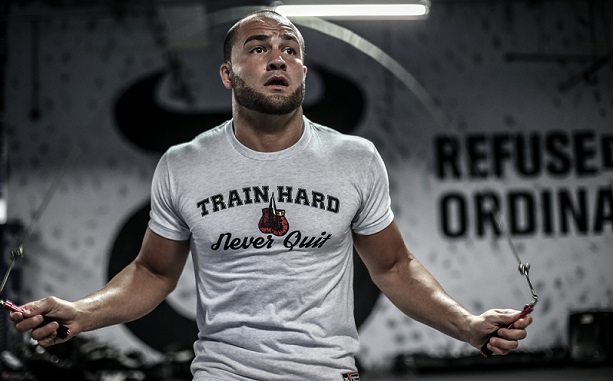 “Holy S**t. I didn’t know that. I think it seems a little low, but you know what? It’s been a bad run for Eddie Alvarez,” White said. “In my opinion, he’s lost a couple of the best years of his career because of what was done to him over there. We’re weeks away from finding out where he sits.”
White said a lot of questions will be answered at UFC 178.
“I love Cowboy Cerrone. He’s one of my favorite fighters,” White said. “Eddie Alvarez has been waiting for this opportunity for years now, and he’s finally here. I think it’s going to be a very good fight. I would make Eddie the underdog because he’s had a tough run and he’s going in against Cerrone who is on an absolute roll right now. Cerrone seems mentally, emotionally and physical all there – it’s going to be a great fight. It’s going to answer a lot of questions."