"The Download" with Dana White is a weekly UFC.com exclusive interview with the boss, covering everything that's in the news. This week Dana talks about CM Punk, Ben Askren, Anthony Pettis and Renan Barao. 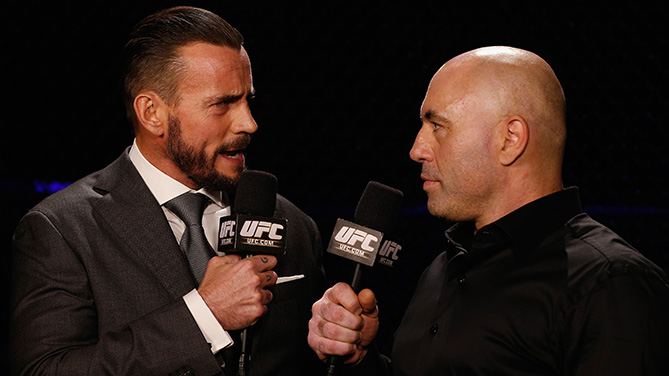 When Joe Rogan interviewed new UFC fighter CM Punk at UFC 181 and introduced the former WWE mega star to the MMA world, the Internet just about exploded.
Some were excited, others intrigued, and just as many people questioned the move considering Phil “CM Punk” Brooks has no real MMA background.
The UFC essentially signed an inexperienced amateur fighter.
UFC President Dana White said he understands both the positive and negative reactions to the signing.
“The feedback has been both – it’s mixed. Some people love it, some people hate it,” White said. “The people who are opposed to it and bitching about it, I get it. Every fight that we do isn’t going to be everybody’s thing, but there will be people who want to watch him and those that don’t.”

It’s no secret that current MMA fighter Ben Askren isn’t the biggest UFC fan. His back and forth with White over the years has been well documented, but White said in August that he could see Askren in the UFC someday.
But Askren doesn’t seem to be interested in fighting inside the Octagon. After UFC 181, he was quick to respond to the signing of CM Punk on Twitter.
“All you dummies believed @danawhite when he said I need more experience. Then he signs a 0-0 fake wrestler. LOL on you,” Askren said on Twitter.

All you dummies believed @danawhite when he said I need more experience. Then he signs a 0-0 fake wrestler. LOL on you
— Ben Askren (@Benaskren) December 7, 2014

White was puzzled a bit after reading the tweet.
“The thing is with Ben Askren is that Ben Askren doesn’t really want to fight here, in my opinion. People that are close to him say the same thing,” White said. “The guy is making a ton of money to fight nobodies, but when you talk and you say a lot of things it keeps your name out there. Trust me when I tell you this, Ben Askren does not want to fight in the UFC. Believe me when I tell you that.”

As far as Brooks goes, White said he is giving him a chance to live out a dream.
“He and I have become friends and he told me, ‘I’ve achieved some cool things in my life and I want to try the UFC. It’s not like I’m young enough to fight my way up in the smaller leagues. I’d like to come in and give it a shot and see what I got,’” White said.
On Renan Barao and Anthony Pettis 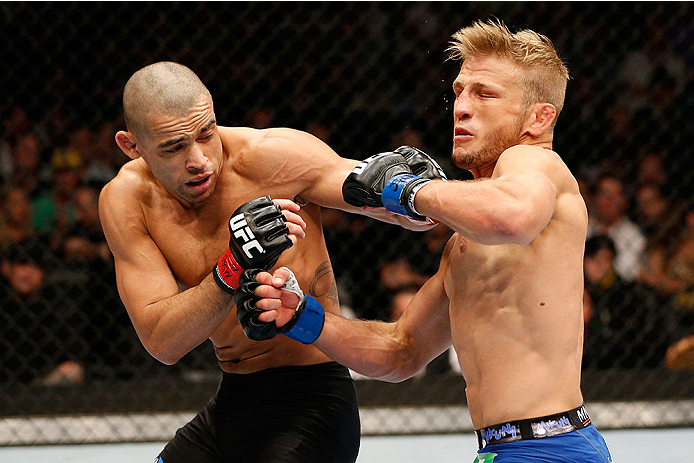 Barao is set to step back inside the Octagon this weekend for the first time since he lost his UFC bantamweight title back at UFC 173.
Before the loss, White called Barao perhaps the best pound-for-pound fighter in the world. The boss is excited to see if Barao can return to form against Mitch Gagnon in Brazil.
“It’s a very tough fight, but everyone knows what I thought about Renan Barao,” White said. “The question with Renan again will be making that weight. Can he continue to make that weight?”
Speaking of pound-for-pound best fighters, White’s been very vocal about how good he thinks UFC lightweight champion Anthony Pettis is and can be.

Congrats to lightweight champ Anthony Pettis for his new Wheaties deal & for being the 1st UFC fighter to grace the cover of the Wheaties box.
A video posted by Dana White (@danawhiteufc) on Sep 9, 2014 at 6:38pm PDT

In fact, he’s known it for a long time.

“I’ve always seen something special in Anthony Pettis. When you see a guy that’s that talented and he’s only going to get better – I mean, he can do things to people that other people can’t do,” White said. “For instance, Gilbert Melendez has three different titles in three different organizations. Gilbert grew up with the Gracies, trains every day with the Diaz brothers and Jake Shields, and Pettis put him in a guillotine choke and choked him out. Every time he hit Gilbert, he hurt him. Pettis is a beast.”