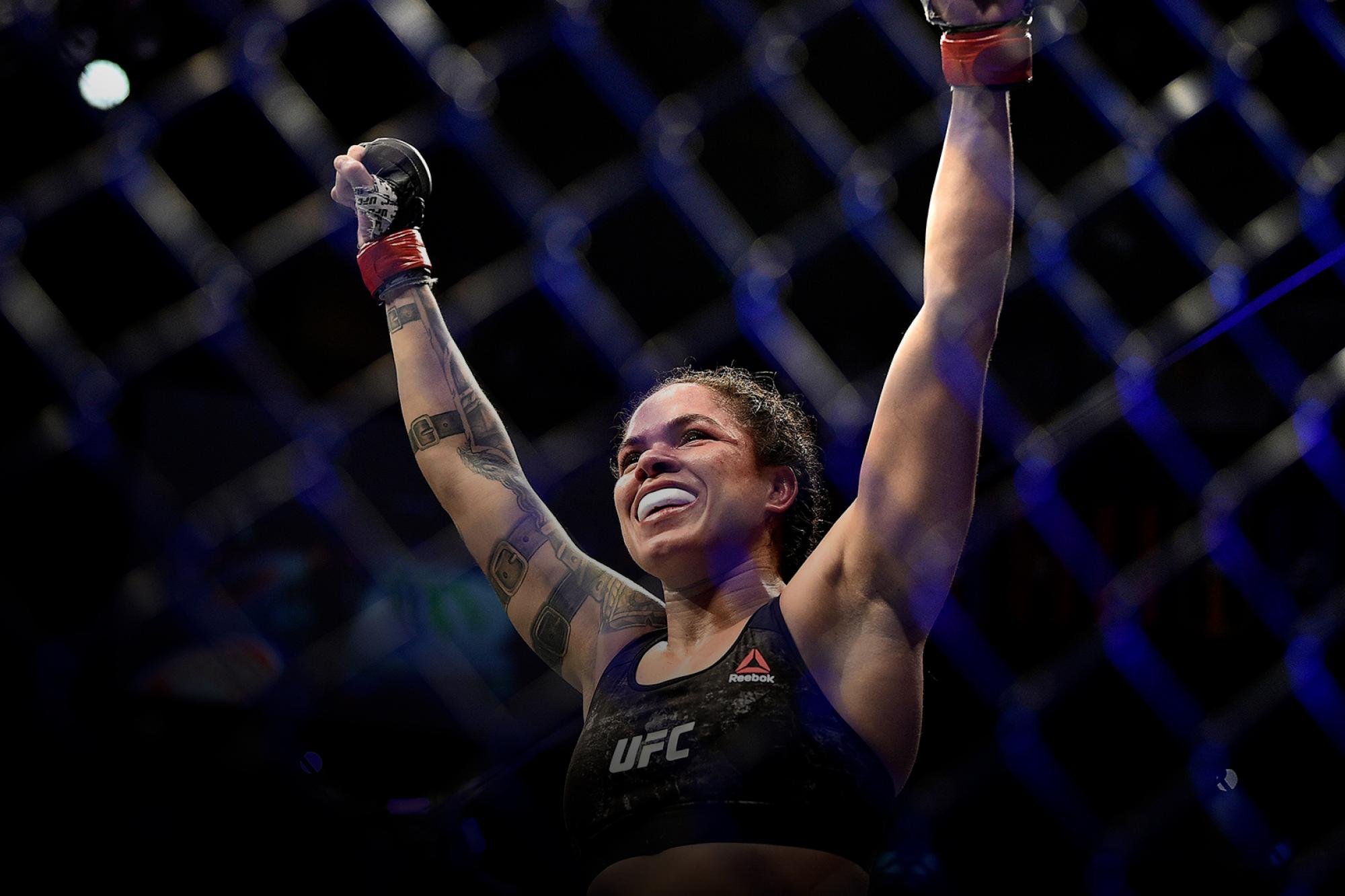 Where We Stand: Women's Bantamweight Division

Amanda Nunes dispatched of every past champ in dominating fashion, but a crop of talented contenders awaits.
By Zac Pacleb, on Twitter @ZacPacleb • Mar. 28, 2020

The women’s bantamweight division is currently under the longest-tenured championship reign of any division as Amanda Nunes’ ownership nears its fourth year. During that time, Nunes took down the previous three 135-pound champions and essentially established herself as the greatest women’s mixed martial artist in the promotion’s history.

In the wake of Nunes’ dominance, the division is in an interesting moment as three of the top six contenders have already lost to the “Lioness,” but a handful of young contenders are climbing the ladder and believe they’re the ones to force a changing of the guard.

Here’s a look at the women’s bantamweight division: 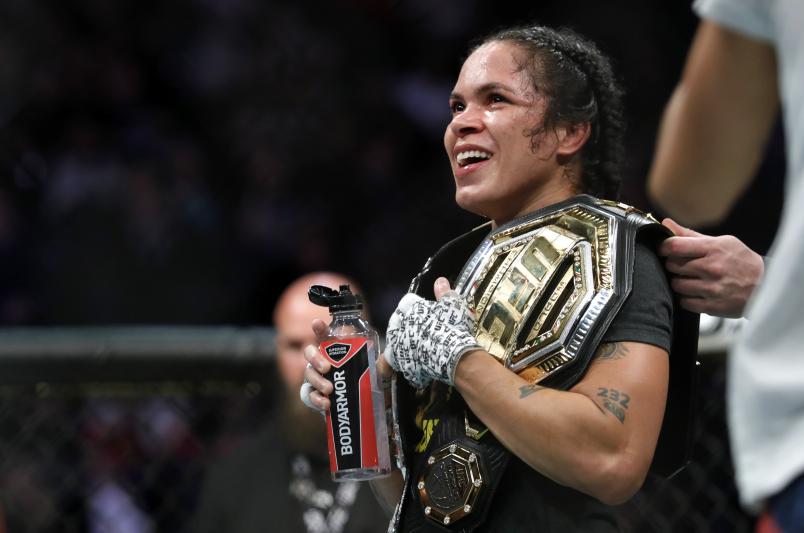 Outlook: At 31 years old, Amanda Nunes has the kind of resume and legacy that lasts for the rest of time. She not only beat, but finished, every previous bantamweight champion and emphatically knocked out two of the most dominant women – Ronda Rousey and Cris Cyborg - to step into the Octagon. Her knockout of the latter, which was followed by a head-kick knockout of Holly Holm, particularly elevated Nunes’ profile. While her unanimous decision win over Germaine de Randamie was more of a grinding effort as Nunes implemented a wrestling-heavy approach, she imposed her will all the same. Going forward, Nunes is focused on defending her featherweight title, which makes additional sense considering a definitive bantamweight contender hasn’t yet made herself known. 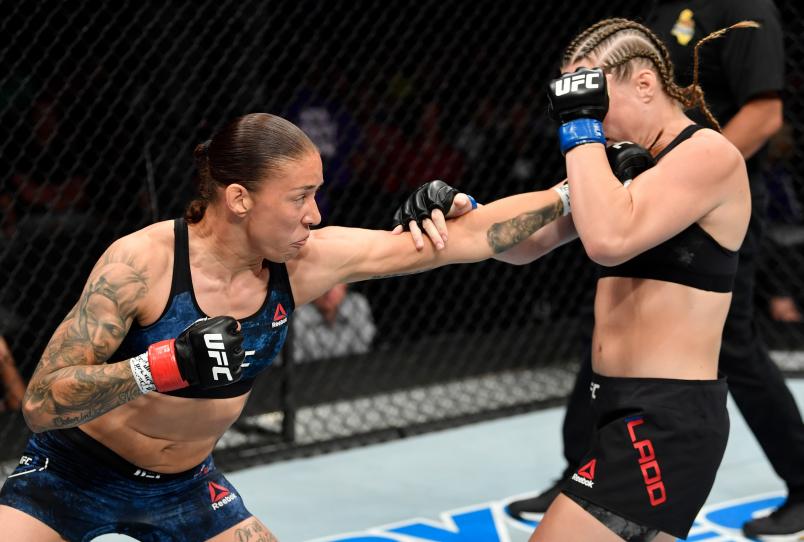 Outlook: UFC’s inaugural featherweight champion hasn’t fought at 145 pounds since, instead opting to move back down to bantamweight, where she subsequently beat Raquel Pennington by decision and handed fast-riser Aspen Ladd her first loss via a first-round TKO. In her title shot against Amanda Nunes, she showed off her slick kickboxing when the fight stayed on the feet and arguably had the upper hand in that department. However, Nunes’ grappling proved too much, and other than an upkick that landed flush on Nunes, de Randamie had little success in their five-round bout. Her path forward is a little cloudy seeing as Nunes is also the champion at featherweight, but whenever de Randamie decides to fight again – she fought just six times in the last five years – she is as tough and as difficult a task to tackle as they come. 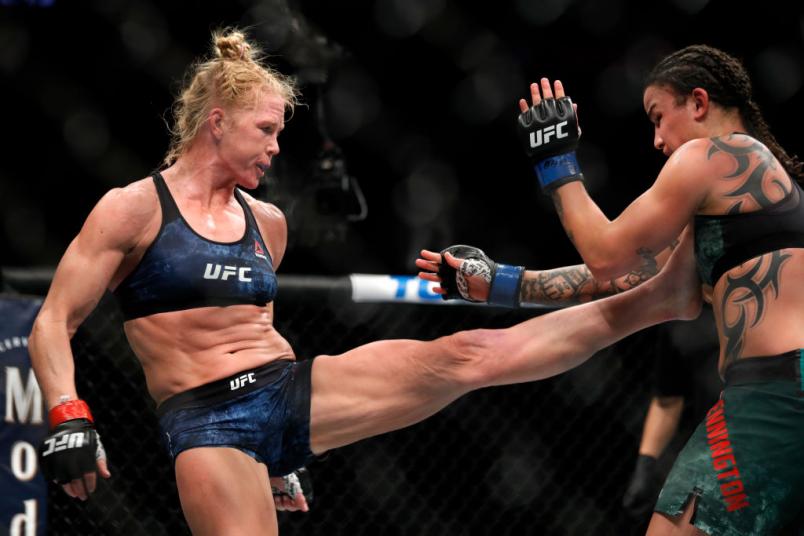 Outlook: After shocking the mixed martial arts world at UFC 193, Holly Holm had a bit of tough sledding and dropped her next three bouts. Since then, she won three of her last five fights and is very much still one of the best 135ers in the world. The 38-year-old put retirement rumors to rest, saying she is still hoping to hold a UFC belt once again before she calls it quits. She’s in a similar place as de Randamie, though, having recently lost to Nunes, and as long as Nunes holds both the 135- and 145-pound belts, Holm is a little out of luck in that sense. An interesting fight on the table would be a matchup with Aspen Ladd, whom she was booked to fight at UFC 235 before the matchup was scratched. A win over Ladd could jumpstart another title run for Holm if things shake out in her favor.

Outlook: Aspen Ladd was on the fast track to a title shot when she took on Germaine de Randamie in Sacramento last July, but then she caught a straight-right that dropped her to the canvas just seconds into the first round and – though not without controversy – suffered her first professional loss. She bounced back impressively, though, scoring a third-round TKO over Yana Kunitskaya following a particularly charged message from her coach between rounds. Ladd started the round like she was shot out of a cannon and ended the fight 33 seconds into the final frame. It was an emphatic statement, and when she booked a fight with Julianna Pena in Columbus, it seemed like she was right back in the title picture. Before the card’s postponement, Pena pulled out of the bout due to an injury, so the matchup is expected to be rescheduled in the future. Through five ventures in the Octagon, all but one of Ladd’s four wins have come by TKO, and that knack for finishing fights certainly makes a potential matchup with Amanda Nunes an intriguing one. 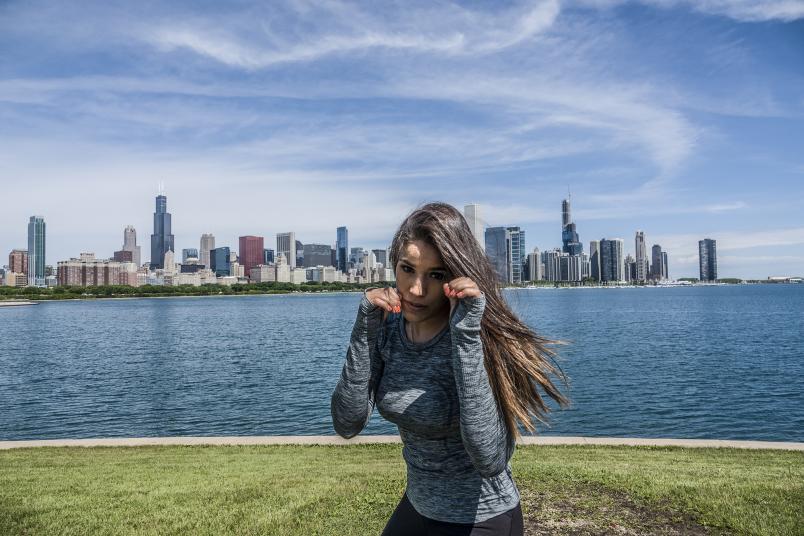 Outlook: Returning from a two-and-a-half-year hiatus, Julianna Pena stepped into a bout with Nicco Montano on short-notice and came away with a unanimous decision victory. It was a nice return performance for “The Venezuelan Vixen,” and though she had to pull out of her initial date to fight Aspen Ladd, if the two do meet in the Octagon, it’ll likely be a chance for Pena to earn a shot at the title. Winner in five of her six UFC bouts, Pena’s only loss came to Valentina Shevchenko in 2017, and she has proven she is anything but an easy out. 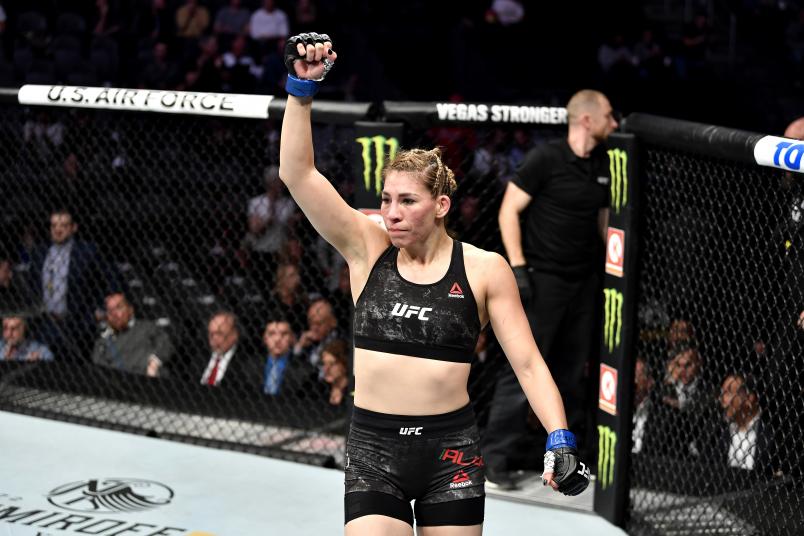 Outlook: Irene Aldana accomplished the difficult task of staying busy while also showing improvement in each bout. Competing four times in 2019, Aldana tallied three wins and two finishes, the most impressive coming in her last bout against Ketlen Vieira. At the end of the first round, Aldana landed a devastating left hook that essentially catapulted her into the title picture. Her only loss in the past year came in a close split decision to Raquel Pennington, and she makes for an interesting matchup with the top of the division. At the very least, she is fresh blood in a division heavy with experienced contenders.

Outlook: Bantamweight is particularly interesting, as there’s a slight lack of new contenders making a push toward the top of the division, which speaks to the toughness and talent of the veterans in the rankings. With that said, Ketlen Vieira remains an intriguing contender. Just 28 years of age, she was 10-0 coming off a split decision win over Cat Zingano before injury kept her out of action. Although she suffered her first loss to Irene Aldana, she seemed like she was on the inside track to a title challenge beforehand. Scheduled to face Marion Reneau at UFC 250, she could find herself in a top 5 matchup with a win. As far as Macy Chiasson goes, the TUF 28 winner impressed with three finishes in her first three bouts. After hitting a speed bump against Lina Lansberg, Chiasson put together a dominant performance over Shanna Young.