Where We Stand: Featherweight Division | July 2022

Alexander Volkanovski Dominated Max Holloway To Shut The Door On Their Trilogy And Cement Himself As One Of The Best In The World, So Who Comes Next?
By Zac Pacleb, on Twitter @ZacPacleb • Jul. 5, 2022

In the aftermath of UFC 276, there wasn’t any doubt about who the best featherweight in the world is. Alexander Volkanovski emphatically shut that argument down with a clean sweep decision over Max Holloway to pull ahead to a 3-0 lead on the Hawaiian. The only questions following Volkanovski’s virtuosic performance are: should “The Great” top the pound-for-pound rankings, and who could possibly be next for him?

Although he teased his interest in a fight for the lightweight title, featherweight remains one of the deepest and most talented divisions, and this is where it stands: 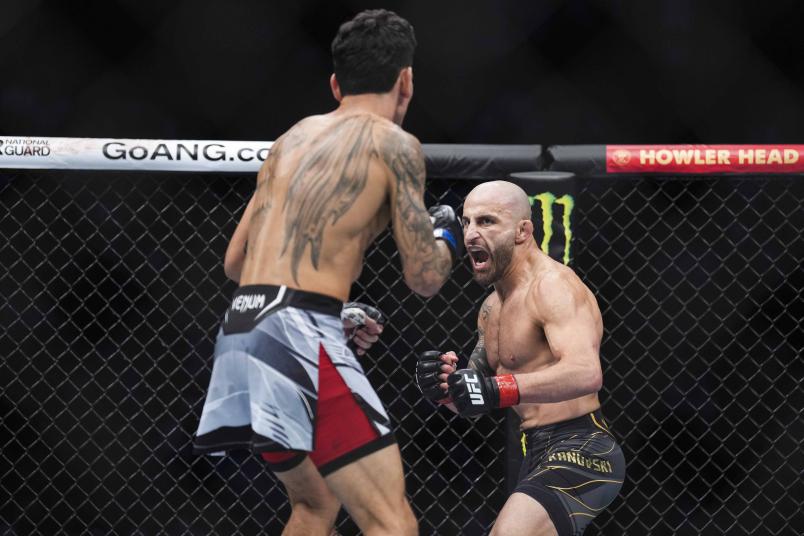 Outlook: If anyone had any doubt about Volkanovski’s hold on the featherweight throne – and those people were already a little suspect, anyway – there was nothing to question after UFC 276. Volkanovski dominated Holloway and more or less cemented himself on the division’s Mount Rushmore. Although any featherweight has some work to do to surpass José Aldo’s career accomplishments, it’s hard to dispute Volkanovski’s excellence.

Moreover, the improvements he has made to his already bulletproof skillset have raised his ceiling immensely. Volkanovski is also the most active champion this side of Israel Adesanya, and although he pitched his shot to fight Charles Oliveira for the lightweight belt, he also promised to keep both divisions moving along. In terms of 145, Yair Rodriguez makes the most sense if – and that’s a big if – he can get past Brian Ortega on July 16. Josh Emmett might be a fight away, but if Volkanovski wants to remain active at featherweight, one could argue for Emmett’s shot as well. Volkanovski did say he might need some time off to allow an injured hand to recover, but that will give the rest of the division time to sort itself out for his return. 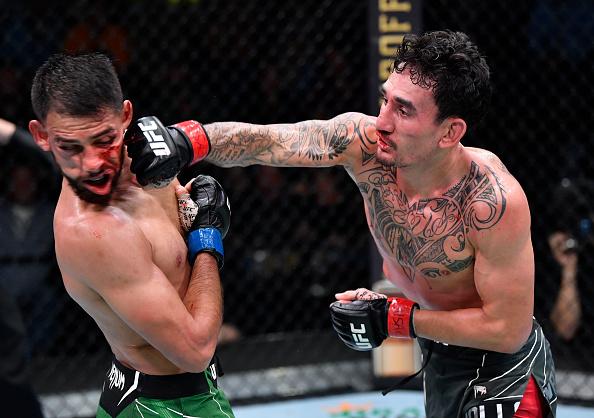 Outlook: Although he promised a volcanic performance, Holloway was left bloodied and beaten with a lot of questions buzzing around him following UFC 276. Unless someone supplants Volkanovski in the near future, it’s unlikely that Holloway will earn another shot at his former throne for a long while. That means “Blessed” either has to relegate himself to turning away potential title challengers as he did against Rodriguez and Calvin Kattar the last couple of years or finally make the permanent move up to 155, where his options are aplenty. Holloway is an intriguing entry into that title picture, and potential fights against 155ers like Tony Ferguson, Dan Hooker or Michael Chandler are all incredibly appealing. The Pride of Hawaii is still just the ripe age of 30, so the Blessed Express still has plenty of track left ahead of him. 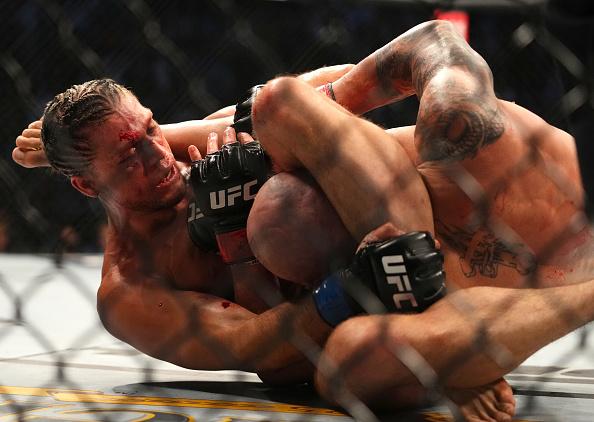 Outlook: “T-City” returned to beautiful form in 2020 against Chan Sung Jung and earned himself a title shot that was epic but ultimately unsuccessful. There’s a few ways to look at Ortega’s record in the last four years. Negatively, he is 2-2 in that span with injuries and inactivity keeping him from gaining a lot of momentum. However, those two losses are to Holloway and Volkanovski in Fight of the Night efforts. Ortega has shown he is definitely one of the best featherweights in the world at 31 years of age, and on July 16, he can cement his status as the third-best in the world should he best Rodriguez. If he does, it could set up a fun rematch against Holloway or a new fight against Josh Emmett that might be enough to earn a second crack at Volkanovski. 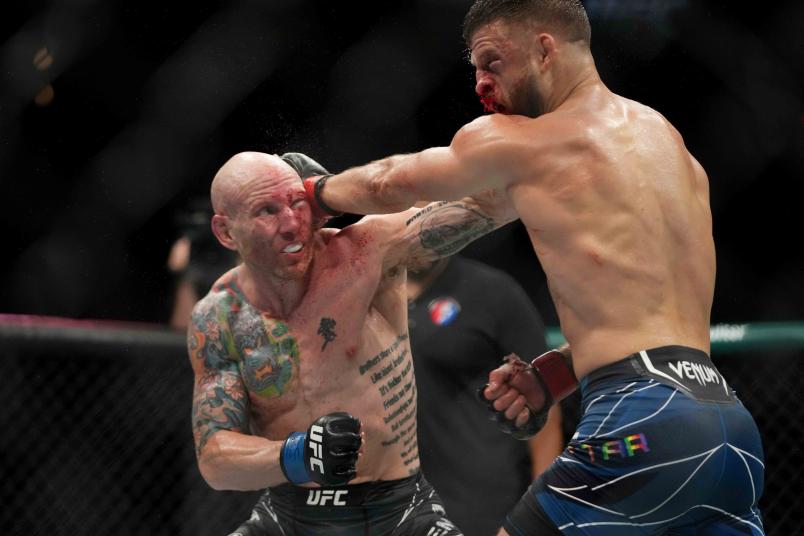 Outlook: Emmett has long occupied “dark horse” territory due to some bad luck and unfortunate injuries, but he got that signature win against Kattar in June. Firmly in the Top 5 now, Emmett is the only top featherweight coming off a win, so he has a case to get the next title shot straight away. With Volkanovski apparently injured, Emmett does have time to pick up another win against a top contender like Ortega, Rodriguez or Holloway that could secure his long-awaited shot. 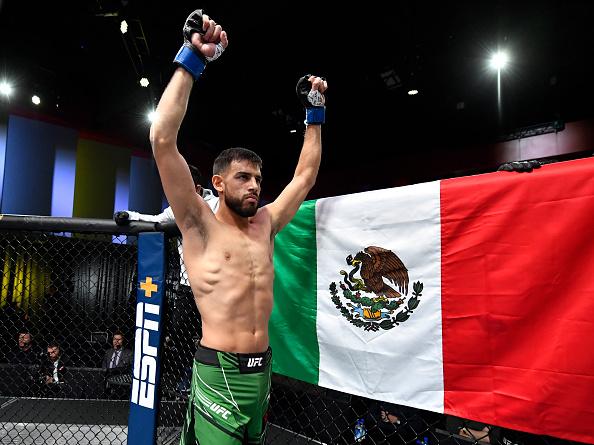 Yair Rodriguez of Mexico prepares to fight Max Holloway in a featherweight fight during the UFC Fight Night event at UFC APEX on November 13, 2021 in Las Vegas, Nevada. (Photo by Chris Unger/Zuffa LLC)

Outlook: After two years away, Rodriguez impressed in his main event loss to Holloway in November 2021. The 29-year-old showed he is more than capable and ready to compete with the best in the world, and if he secures a win over Ortega on July 16, he could line himself up for a title shot (much to Emmett’s dismay). Rodriguez has long been touted as a future contender and potential champion who has just needed to string together the right performances and level of activity to get there, and he is now on the precipice of that first career shot. 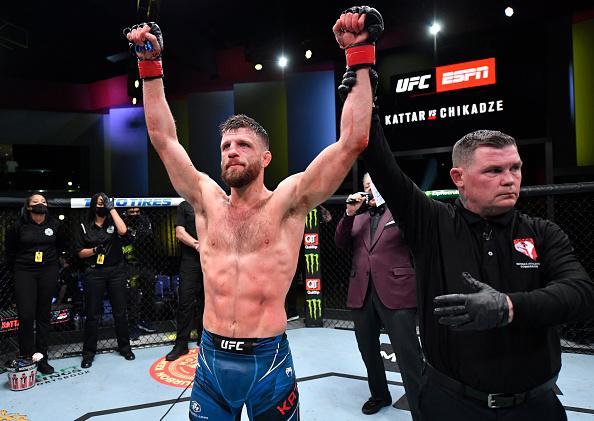 Outlook: Kattar debatably did enough to take the decision win against Emmett in Austin, Texas, but two judges disagreed, and Kattar suffered his second loss in three fights. Since 2020, Kattar has proved himself a promotional workhorse and undoubtedly a top featherweight, but he still needs that signature win to break into the inner circle of the title talks. Because the fight against Emmett was so close, he could have an argument to face the loser of Rodriguez and Ortega. If he doesn’t want to wait for either, Arnold Allen is right there for him, but that fight will be more of Kattar defending his spot than it is a rung up the ladder, but Kattar has consistently said he doesn’t care when he fights the top guys as long as he gets his chance at them. 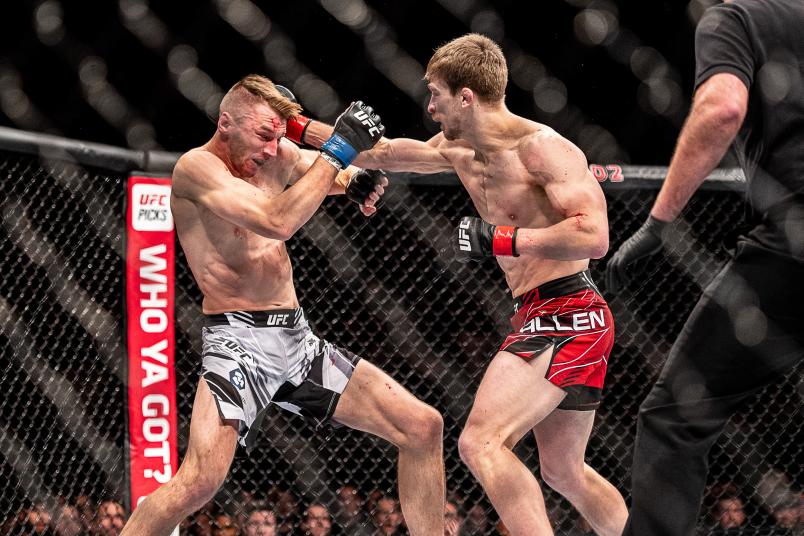 Outlook: “Almighty” Allen got the big-time win (and finish) he was looking for when he steamrolled Dan Hooker in UFC’s return to London. The win moved Allen to 9-0 in the Octagon and 18-1 overall. Although the quiet Ipswich native is still underdiscussed when the top featherweights are discussed, he has emphatically proven he deserves a Top 5 bout. Whether that’s against someone like Kattar, Emmett (whom he was previously scheduled to fight in 2020), or a “secure your spot” fight against Giga Chikadze or Movsar Evloev, Allen deserves that big-time opportunity.

Outlook: Bryce “Thug Nasty” Mitchell and Movsar Evloev are potentially the most intriguing risers outside of the Top 5. Both are undefeated, marauding grapplers with different flavors to their game and have proven themselves as Top 10 quality and now desire that fight to break into the Top 5 discussion. There’s an argument that they should just fight each other – a fight any fight fan should want to see – but they’re also primed to snipe at the heels of the Top 5 against someone like Allen or Kattar. This is where it gets frustrating for prospects to emerge if they can’t find that proper dance partner, but both Mitchell and Evloev have proven they deserve that opportunity.

Chikadze found himself in a similar spot to start 2022 before falling short against Kattar. The Georgian kickboxer now has the task of bouncing back from defeat for the first time in the Octagon, likely against a Top 10 featherweight. Mitchell and Evloev are both intriguing matchups stylistically, but The Korean Zombie is the kind of all-action matchup that could headline a fight night or find itself on a major pay-per-view if booked.