What The Divisional Landscape Looks Like In The Wake Of Last Saturday's Epic Event
By Zac Pacleb, on Twitter: @ZacPacleb • Apr. 26, 2021

Outlook: The only thing scarier than a great fighter is a great fighter who seems to get better each time they compete, which is exactly what Kamaru Usman has shown consistently. His knockout win over Jorge Masvidal was emphatic, coming off the heels of his resilient knockout win of Gilbert Burns earlier this year. Contenders are vying for their shots at the king, though. Colby Covington believes he deserves a rematch, and given the razor-close nature of their first matchup, it’s a fair shout. Leon Edwards is still there, probably needing a win over Nate Diaz at UFC 262 to legitimize his claim to a rematch with “The Nigerian Nightmare.” Stephen “Wonderboy” Thompson has quietly rebuilt his case as a contender, and among the rising forces, Vicente Luque is probably the most notable, as he is coming off his biggest win, submitting Tyron Woodley. But they’ll all have to come correct for the champion, the self-described “problem” that is Kamaru Usman. 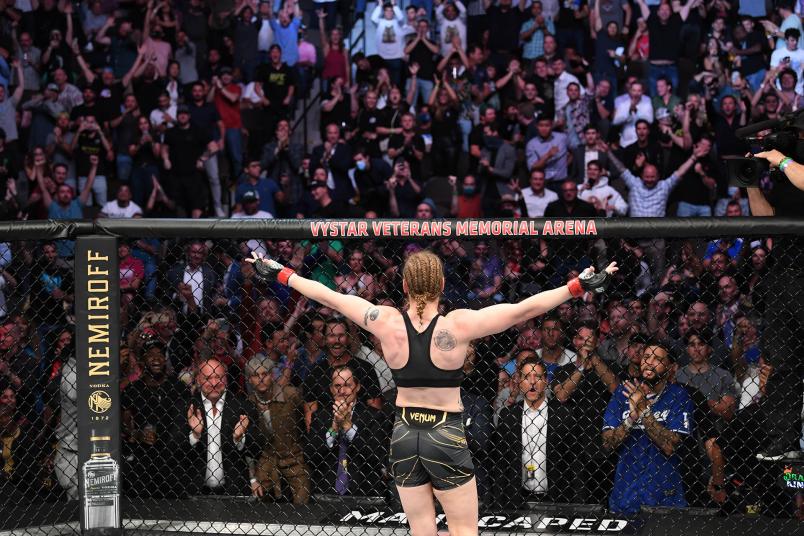 Outlook: The million-dollar question around Valentina Shevchenko seems less like “who can beat her” and instead more of “who is even next?” Of course, contenders always rise, and Lauren Murphy has put together a solid four-fight winning streak. She and Joanne Calderwood are set to do battle at UFC 263 in what is surely a No. 1 contender fight. The only other members of the Top 8 who haven’t lost to Shevchenko are Cynthia Calvillo and Viviane Araujo, who both need to string together a few wins before they’re in shouting distance of a title shot. While the flyweight division has seen a strong influx of new talent, Shevchenko is inhaling contenders at a rate that surpasses the supply at the moment. The hypothetical trilogy fight against Amanda Nunes is probably the most interesting, although there is not the kind of momentum needed to put together that superfight once again. 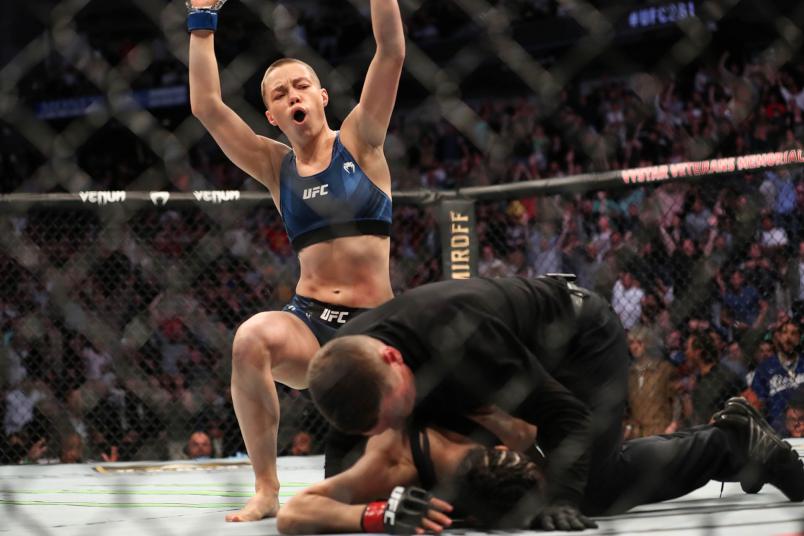 Outlook: “Thug” Rose did it again, recapturing her title in spectacular fashion with a head kick against Zhang Weili. In her second title reign, a bevy of challengers lurk. Yan Xiaonan has shown she is of the elite in the division and could very well deserve a shot right now. Same goes for former champion Carla Esparza, who has put together four wins in a row and owns a submission win over Namajunas from 2014 to earn the inaugural strawweight title. A crop of rising contenders is coming as well, notably Mackenzie Dern and Marina Rodriguez, a pair of fighters who’ve shown excellence in their respective specialties, as well as improvement in what would be considered their lesser areas. And, of course, there’s the Joanna Jedrzejczyk of it all. The former strawweight queen had a fair shout at a rematch with Zhang after their epic battle in 2020, but how Namajunas’ win impacts her is interesting. Namajunas famously beat Jedrzejczyk twice back when that seemed nearly impossible, so Jedrzejczyk might need to score one more win before getting another chance at Namajunas. Regardless, Namajunas appears to have put her considerable talent as well as her thoughtful approach to the game together with real synergy, making her a terrifying challenge for all comers and a beautiful sight to watch in the Octagon for all viewers.