Where We Stand: Middleweight Division | July 2022

Take A Look At Where The UFC Middleweight Division Stands After Israel Adesanya Defended His Title At UFC 276.
By Zac Pacleb, on Twitter @ZacPacleb • Jul. 6, 2022

UFC 276 felt bigger, but at the night’s end, it was just another day at the office for Israel Adesanya. The fight didn’t hold the oohs and aahs some were hoping, but “The Last Stylebender” got the job done and held onto his middleweight title once again. However, a familiar foe from Adesanya’s past looms large in the title picture while the rest of the division continues scrambling for position to try to finally end Adesanya’s reign as champion.

This is where we stand in the middleweight division:

Outlook: Adesanya summoned “The Undertaker” for his most memorable UFC walk yet, but that ended up being the lasting image for most fans after another unbothered performance from the champ. That’s not to blame Adesanya – his opponents continue to stiffen in front of him and present little to no danger that pushes him to open up more – but Adesanya did acknowledge the fight as an “off-night.” The criticisms, however, line up with dominant champions of the past who were criticized for not risking their title for the sake of entertainment. All that said, it’s hard to imagine Adesanya’s next challenger bringing anything but the best from him. Adesanya touted Alex Pereira as the next in line after the Brazilian knocked out Sean Strickland earlier in the night. Pereira touts two wins over Adesanya from their kickboxing days and might be the lone person on the roster who can go strike-for-strike with him. Should everything go to plan, fireworks are imminent. 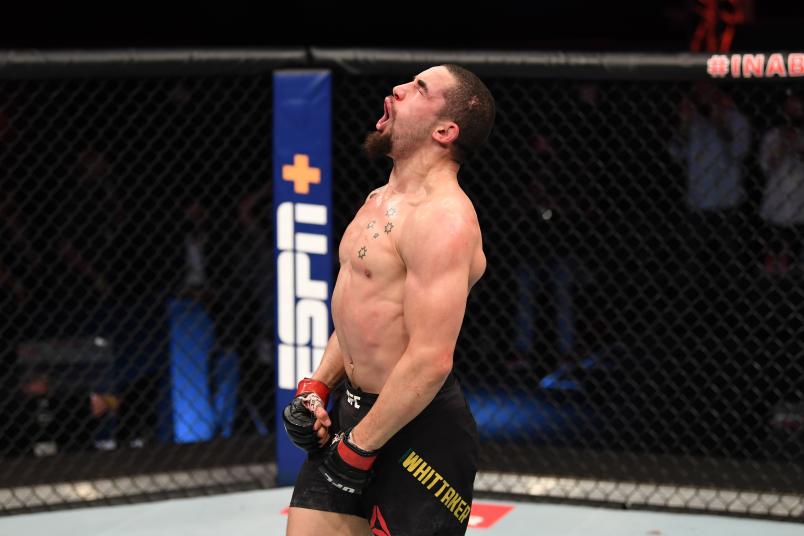 Outlook: After losing the rematch to Adesanya at UFC 271, Whittaker is back to needing a string of emphatic victories to even earn the entertainment of a third fight with the champ. His first on that potential run comes in Paris when he fights Marvin Vettori in a high-level matchup between two of the best 185ers in the world and a rare top-level middleweight Whittaker hasn’t yet faced. Among the other contenders, Whittaker could face Andre Muniz, Pereira or any other middleweight who has the hopes of title contention. “The Reaper” is in a weird spot for the time being, but knowing him, it won’t be long before Bobby Knuckles is knocking at the door of another big-time fight. 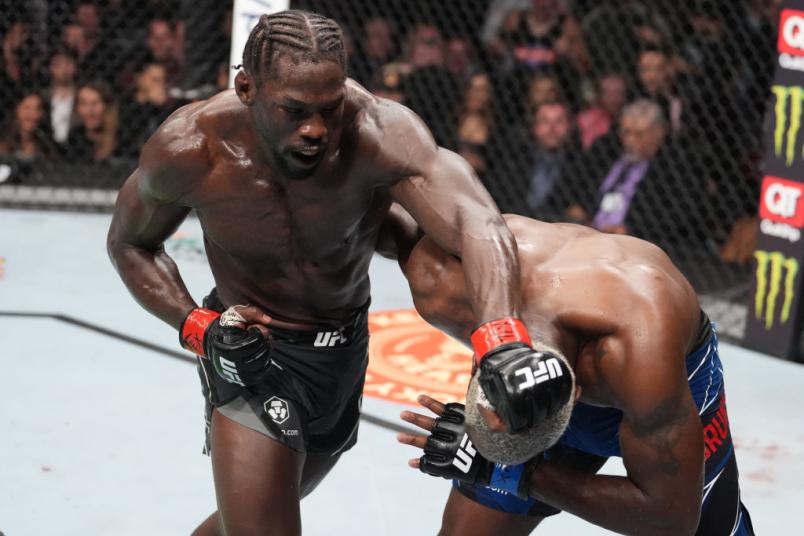 Outlook: “Tha Killa Gorilla” got his shot and joined the lengthy list of middleweight contenders rendered stiff and inactive against Adesanya. For Cannonier, it’ll likely take a few showstopping knockouts to get a second shot at Adesanya, but on the bright side for him, he has only faced Brunson and Whittaker in terms of Top 5 fighters. He is an interesting matchup with Vettori should the Italian lose to Whittaker in Paris, and he has been booked against Costa before the Brazilian was forced to pull out due to injury. The road isn’t at its end for Cannonier, but the path back begins now. 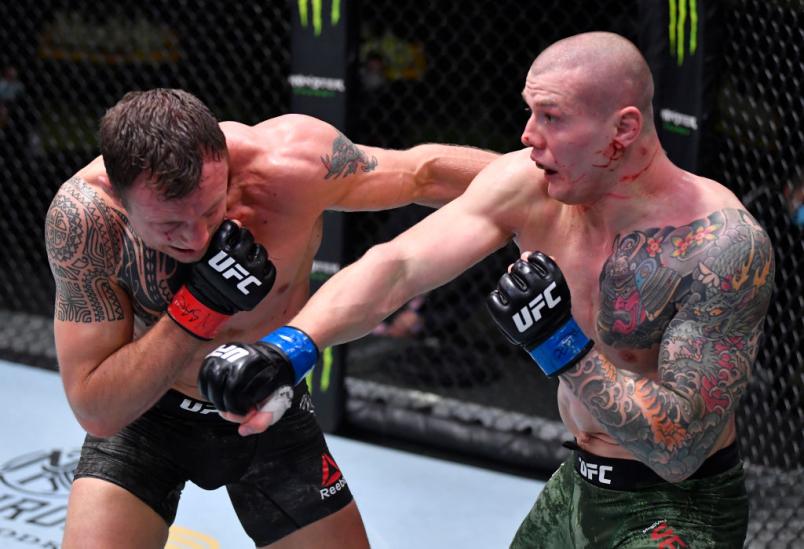 Outlook: Vettori bounced back from his disappointing title shot effort with a hard-fought win under hard circumstances against Paulo Costa, and it did a lot to win over fans and peers alike. Vettori is one of the grinders in the middleweight division, and after losing a second fight to Adesanya, Vettori likely has a long road ahead if he hopes to get another shot at “The Last Stylebender.” Vettori hasn’t fought a lot of fighters inside the Top 8 or so of the division, but he gets a marquee matchup against Whittaker in Paris on September 3. The fight won’t grant him any immediate title shots, but it is his chance to prove he is the second-best in the division at present. 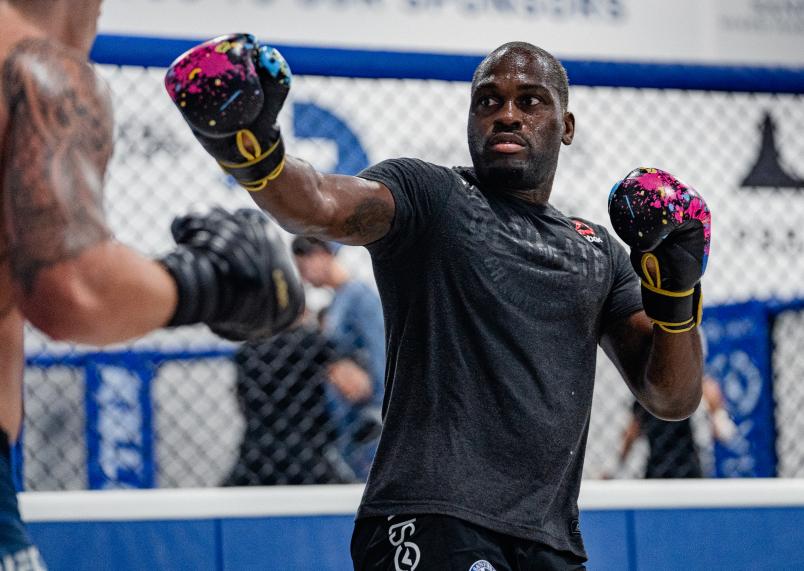 Outlook: “Blonde Brunson” finally met his ceiling against Cannonier, essentially ending his run to a middleweight title shot. Brunson announced during UFC 271 fight week that he’d compete twice more, and now that his title run is all but over, it’s less clear who Brunson will face for that final fight. He hasn’t fought Vettori nor middleweight risers Sean Strickalnd and Alex Pereira, and both men could benefit from fighting someone in Brunson’s position. 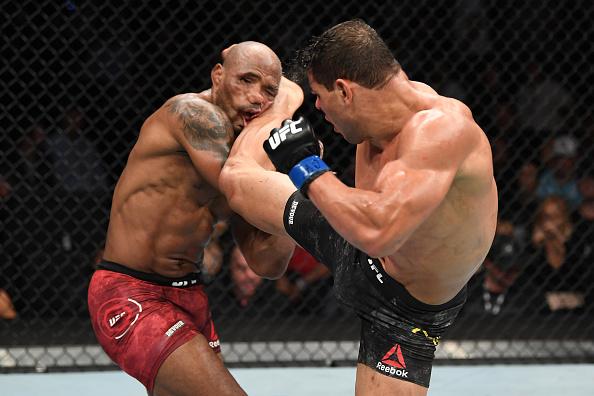 Paulo Costa of Brazil kicks Yoel Romero of Cuba in their middleweight bout during the UFC 241 event at the Honda Center on August 17, 2019 in Anaheim, California. (Photo by Josh Hedges/Zuffa LLC)

Outlook: Costa seemed headed to light heavyweight after the bizarre fight week leading up to his fight with Vettori. However, the Brazilian berserker appears like he’s keen on staying at 185 as he welcomes Luke Rockhold back to the fray. The 31-year-old has had an odd last couple of years, but the talent and ability is always there. A win over a former champ like Rockhold puts Costa right back into the mix if he can string together a few wins. His fight with Adesanya – though not very competitive - was an entertaining buildup and rivalry, and if Costa can show progression along the way, people could get talked into wanting to watch that rematch.

Outlook: Outside of the title fights, “Poatan” was the main point of interest and attraction for fight fans who knew the history between Pereira and the champion. Halfway through the first round against Strickland, Pereira staked his claim to a title shot just three fights into his UFC career, urged the crowd to root for Adesanya, who chose him as the next one up after successfully defending the belt. It’s a fight soaked in intrigue for a fighter dripping with potential in Pereira. That fight should have anyone who considers themselves an MMA fan chomping at the bit to watch.

On a quieter front, Andre Muniz continues his impressive, steady run up the middleweight division. He added Uriah Hall to his list of victims, showing patient, slick grappling with a good enough standup game to keep Hall honest at UFC 276. So far, Muniz looks every part of a future contender.

Elsewhere, Jack Hermansson, Rockhold and Strickland are all coming off losses but have chances to get into contention quickly because of Adesanya’s activity. Hermansson faces Darren Till, who Adesanya is essentially begging to string a few wins together, in London on July 23. Rockhold faces Costa at the end of July, and Strickland is likely to find himself in a matchup in the next few months given how much he enjoys fighting. They’re all two or three wins away, but they’re still in striking range of a title shot.